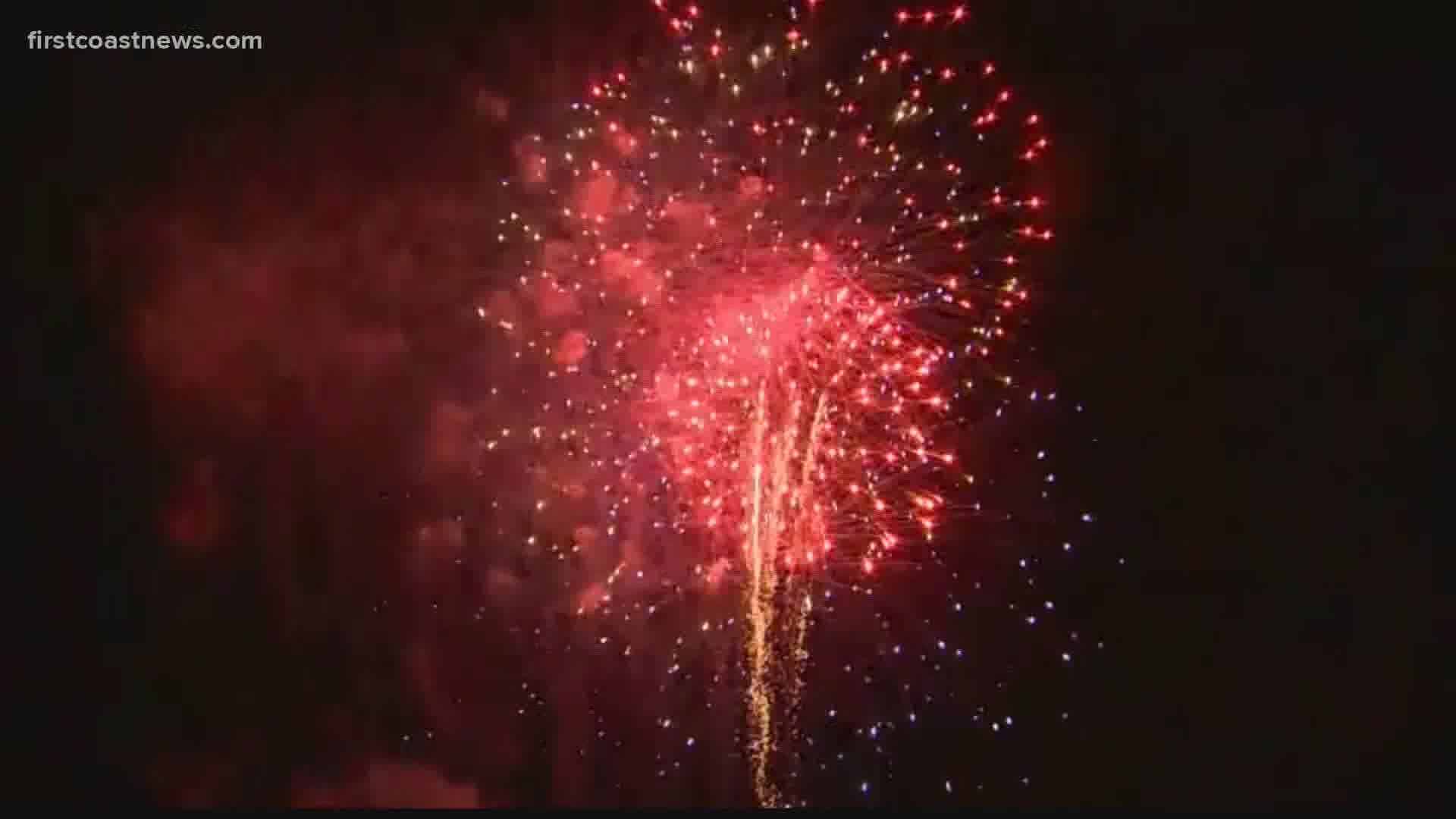 JACKSONVILLE BEACH, Fla. — The City of Jacksonville Beach approved a recommendation to cancel its Fourth of July fireworks event for 2020 at Monday's City Council meeting, with plans to reschedule the event for New Year's Eve.

City Manager Michael Staffopoulos sent a memo to the council May 26 recommending the event be canceled, explaining with a list of factors contributing to that recommendation.

With the COVID-19 pandemic ongoing and nationally and state-declared states of emergency, crowd size is a large consideration for whether to cancel the event, the memo said. Gov. Ron DeSantis's state of emergency does not expire until July 7, but the state has begun its Phase One of reopening protocols, with restaurants and retail businesses gradually reopening.

"Inviting tens of thousands of people into our downtown at night in the dark would create a virtual impossibility to manage any type of social distancing," Staffopoulos said during Monday night's meeting. "As Chief Smith and I discussed on several occasions leading up to this meeting, if the city were to proceed with a fireworks display there legitimately can be no expectations of enforcing social distancing."

The city council held an informal vote six to one to postpone the fireworks event to New Years Eve. Details for that event are still being worked out.

Staffopoulos said it is currently unknown whether the governor's state of emergency will be extended or rescinded early, when the state may move to Phase Two of reopening protocols or when social distancing and CDC guidelines will no longer be recommended.

With the annual fireworks display typically drawing tens of thousands of visitors, the cancellation of fireworks events in other nearby cities could result in an even larger than typical crowd, and "the larger the crowd, the more difficult it is for the Police Department to maintain control," the memo said. The memo listed several jurisdictions with plans to cancel their Fourth of July events:

The memo also said there should be no expectations that the police department would be able to enforce social distancing during such an event, as their primary focus would be on maintaining control. "Attempting to do both may result in doing neither effectively, creating an environment unsafe for both visitors and officers," the memo said.

The city manager's recommendation to cancel the July Fourth fireworks display was considered by the City Council at Monday night's virtual council meeting. Leaders will also consider the option of moving the fireworks to another date later in the year, such as Labor Day weekend.

The city council held its meeting via livestream on its YouTube page as well as through a Zoom meeting.

City of Jacksonville Beach-Government
On Monday, May 11, 2020, in honor of National Police Memorial week o... ur Police Honor Guard performed a small ceremony to show our respects to those lost in the line of duty. Unfortunately, due to COVID-19 circumstances, the traditional Memorial Ceremony, normally open to the public, was not held out of safety concerns.

RELATED: St. Augustine's July 4th fireworks are up in the air