This will be the 20th year the Coast Guard Cutter Mackinaw will deliver Christmas trees as part of Chicago's Christmas Ship program.

CHICAGO — The U.S. Coast Guard Cutter Mackinaw is scheduled to participate in the Chicago Christmas Ship program during a Chicago port visit in early December.

The Mackinaw crew will deliver 1,200 Christmas trees to brighten the holiday season for families in Chicago, and it will mark the 20th anniversary of the program and the Coast Guard's involvement.

The icebreaker and its predecessor have delivered more than 25,000 Christmas trees to Chicago families in the past 20 years.

The tradition began more than 100 years ago when brothers August and Herman Schuenemann sold and gave away Christmas trees from the Chicago waterfront. According to the Coast Guard, August Schuenemann and his crew were lost during a November storm on Lake Michigan in 1898, braving the cold and icy conditions.

In November 1912, Herman Schuenemann set sail from Thompson's Harbor, Michigan, carrying 5,500 spruces headed for Chicago. The ship ran into a massive winter storm with gale-force winds, waves and snow. The ship was last seen on Nov. 23, 1912, by the Kewaunee Life Saving Station. By the time the rescue boat arrived, the storm had claimed the ship and all of its occupants.

The Mackinaw has red paint and white stripes of an intrepid U.S. Coast Guard icebreaker, purpose-built to punch a path through the frozen lakes and facilitate commerce. 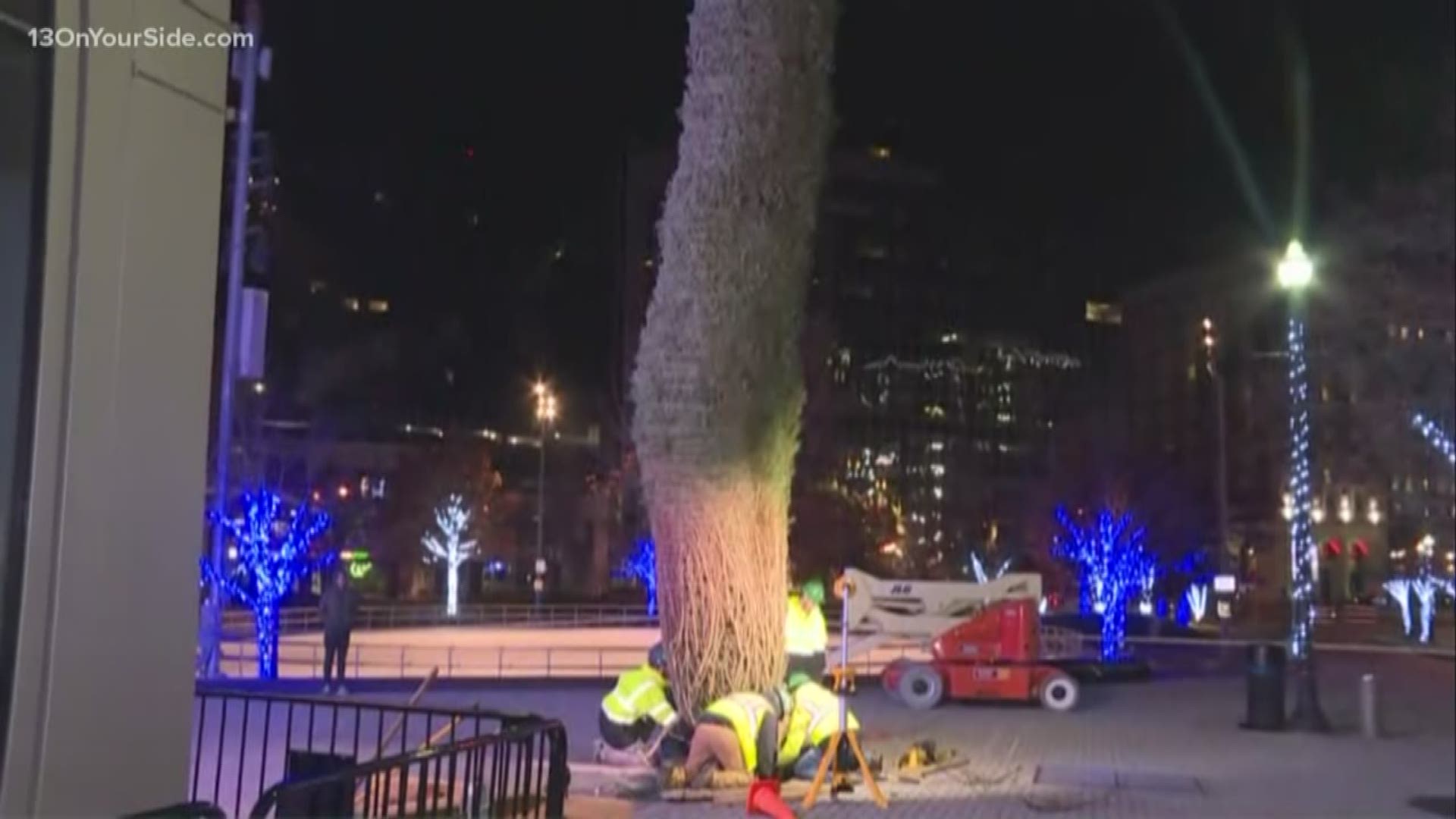