“They were opening a door, I didn’t know was closed.” 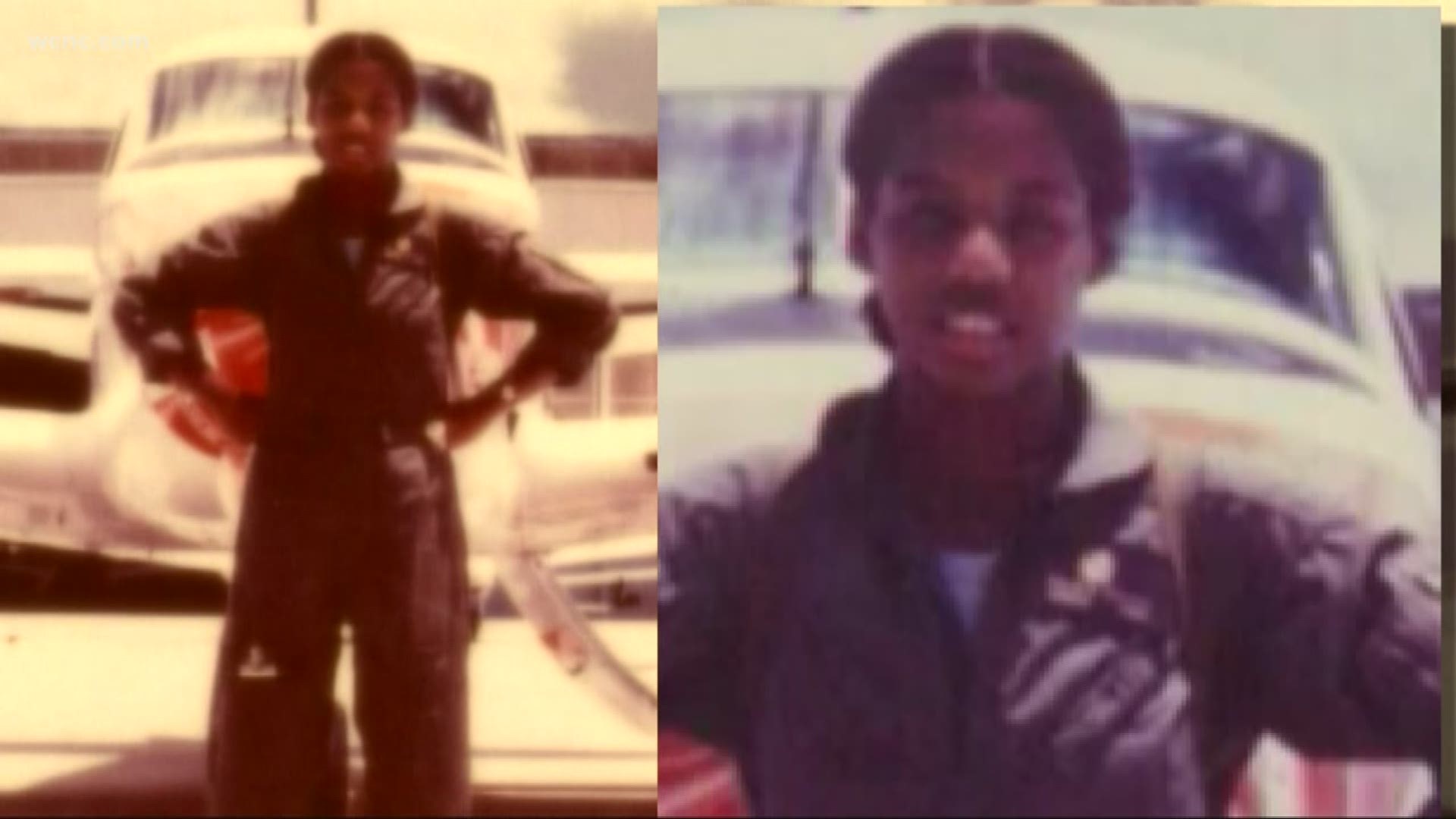 CHARLOTTE, N.C. — She was the Navy’s first African American female pilot. Now in retirement after 45 years of flying, Brenda Robinson is teaching young adults of all backgrounds all things aviation in Charlotte.

When Robinson was growing up in the 1950s outside Philadelphia, physically flying a plane wasn’t something that crossed her mind.

She thought that being a woman in Aeronautics meant being a flight attendant -- but thanks to a career study program at her high school, she was able to broaden her view of aviation.

It was there she decided to become an air traffic controller.

“When I got to go to an air traffic control tower I stepped onto the tower, looked around and said this is what I'm going to do for the rest of my life?” Robinson said.

After high school, Robinson enrolled at Dowling College in New York -- one of the best aviation schools on the East Coast.

She eventually became the first black woman in Dowling's history to graduate with a degree in Aeronautics, and also earned a pilot’s license.

"I didn’t know I would run up the stairs and turn left to do my job," Robinson said. "I just assumed I would turn right, left was always into the cockpit.”

Robinson then went on to join the U.S. Navy in 1977, just one year after women were authorized to attend the Naval Academy.

“At the time they were selecting 10 women a year out of the nation and I was one of those 10," she said.

In 1980, she became the first African American female pilot in the U.S Navy to earn her wings.

“They were opening a door, I didn’t know was closed," Robinson said.

But it wasn’t easy.

No matter what she accomplished, Robinson always felt she had to prove she was qualified.

“Any kind of situation where I’m flying with someone new, they are always surprised that I can do exactly what everybody else did," she said.

She said she especially felt that way as an African American woman.

“Since I didn’t look like the model in the norm, then the thought that I maybe already know wasn’t given to me," Robinson said. "I had to earn it every time.”

She did just that -- by keeping one thing in mind as she reached for the stars.

“A black woman can handle the same rigors that a guy that’s in my exact same position can handle," she said.

It was that confidence that led her to achieve the rank of lieutenant commander as a Navy Pilot.

She successfully completed 155 aircraft carrier landings and flew seven types of aircraft, touching the skies from the East Coast to Guam, Germany, the Middle East, and Italy.

Robinson has flown Admirals, Senators, Congressmen, Generals and even a few celebrities.

She was a navy pilot before becoming one of the first African American female pilots for American Airlines, a position she held for 17 years until she retired in 2008.

Today, she calls Charlotte home and serves an instructor at FlyRight in Concord.

She’s also the founder of Aviation Camps of the Carolinas, where she teaches and offers teenagers hands-on opportunities to learn about aviation at airports around the nation.

“The world is as they see it and it's very finite until you press the button that gives them excitement,” she said.

After 45 years of flying, Robinson is pushing the career path forward that was once deemed untraditional for all walks of life, as it changed hers for the better.

'He wanted everyone to live in harmony' | The life and legacy of J. Charles Jones