Hero on the Highway: Road Ranger pulls man from fiery crash in Jacksonville

"I appreciate him pulling me out of that car that night because without him I probably wouldn't be here, I would probably be burned up," says the driver. 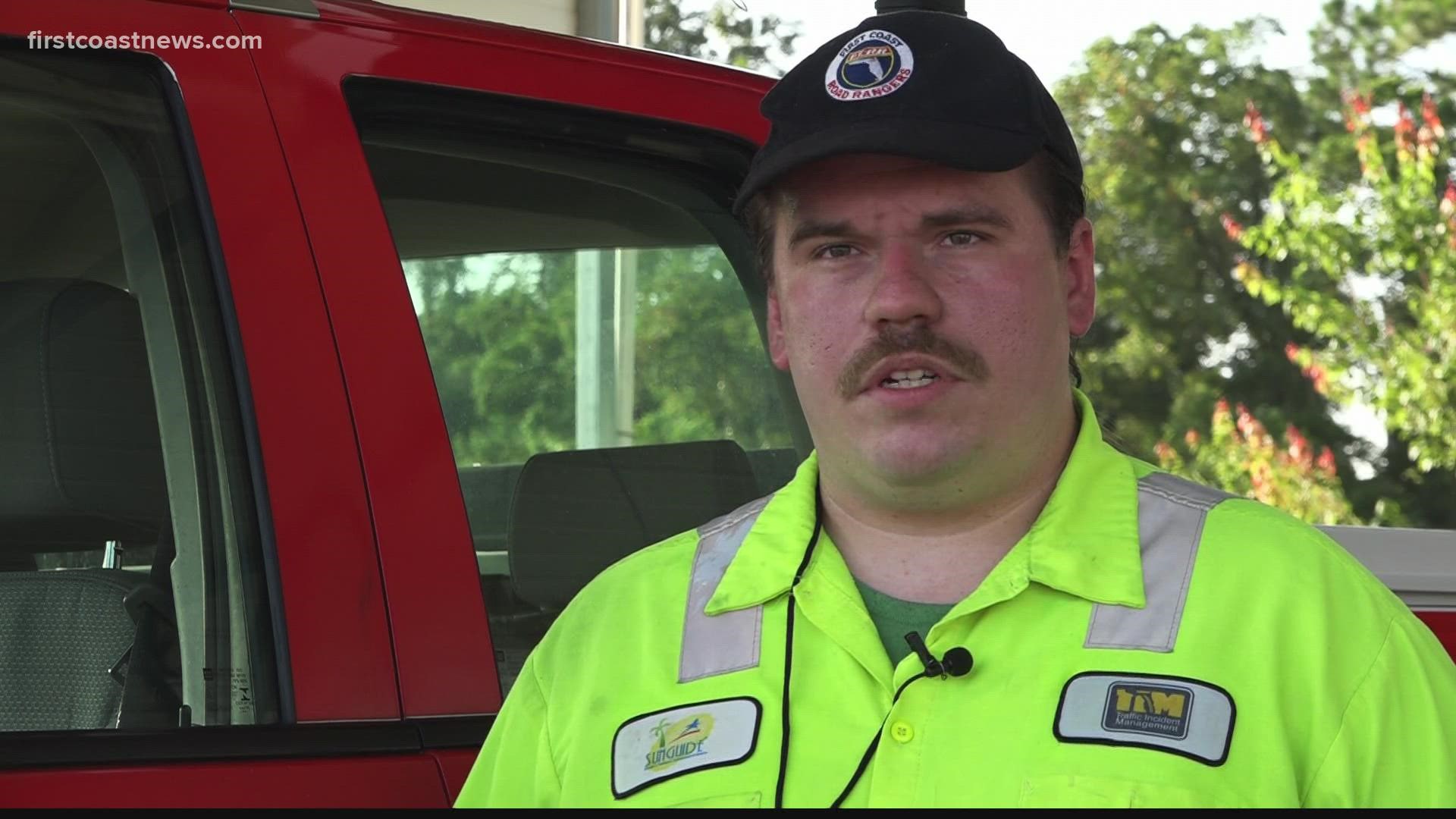 JACKSONVILLE, Fla. — Road Rangers do a lot that many people might not know about.

From helping change tires to assisting with traffic control for crashes - they are a vital piece of keeping drivers safe, often risking their own safety in the process. That's exactly what Road Ranger Anthony Weakley faced as he was just about to finish up his shift in the early morning hours of Aug. 21.

He was driving on I-295 near Dunn Avenue when his headlights reflected off something near the tree line. The tail lights of a crashed Nissan Altima.

At that moment, Weakley says he heard screaming and ran to the car to find the driver trapped inside.

"He was tucked into his floorboards, I think he had ruptured a fuel line because it [the car] started burning very quickly," describes Weakley.

As fire began to overtake the front of the car, Weakley says he knew he had to act quickly.

"I asked him if he was going to be ok, and he said he was, so I yanked him out of the vehicle all at once," tells Weakley. "...and then he and I worked together to get him up the hill as quickly as we could."

Jacksonville Fire-Rescue and the Jacksonville Sheriff’s Office arrived on scene minutes later.  The victim was taken to the hospital and Weakley began helping with traffic control as officers investigated and then cleared the scene.

In a letter sent by JSO Sgt. M.J. Lessard to the Road Ranger’s supervisor, the Sergeant says Weakely’s swift actions "saved the driver from serious burns or great bodily injury."

First Coast News was able to reach the driver Weakley saved and he did not want his name used in this story, so we are respecting that.

He did say he is currently recovering with two broke legs and he will always be thankful that Weakley saved his life.

Weakley says looking back, he believes everything that night happened for a reason. He stopped a couple of times that night to check abandoned vehicles, and he was driving slower than normal because he didn't feel well.

"If I hadn't had done all of those, I wouldn’t have been there at that moment," he says.

A moment that saved one life and changed another.