Dozens of vehicles, including fire trucks, police cruisers, motorcycles and decorated cars circled the nursing center honking their horns and cheering for residents. 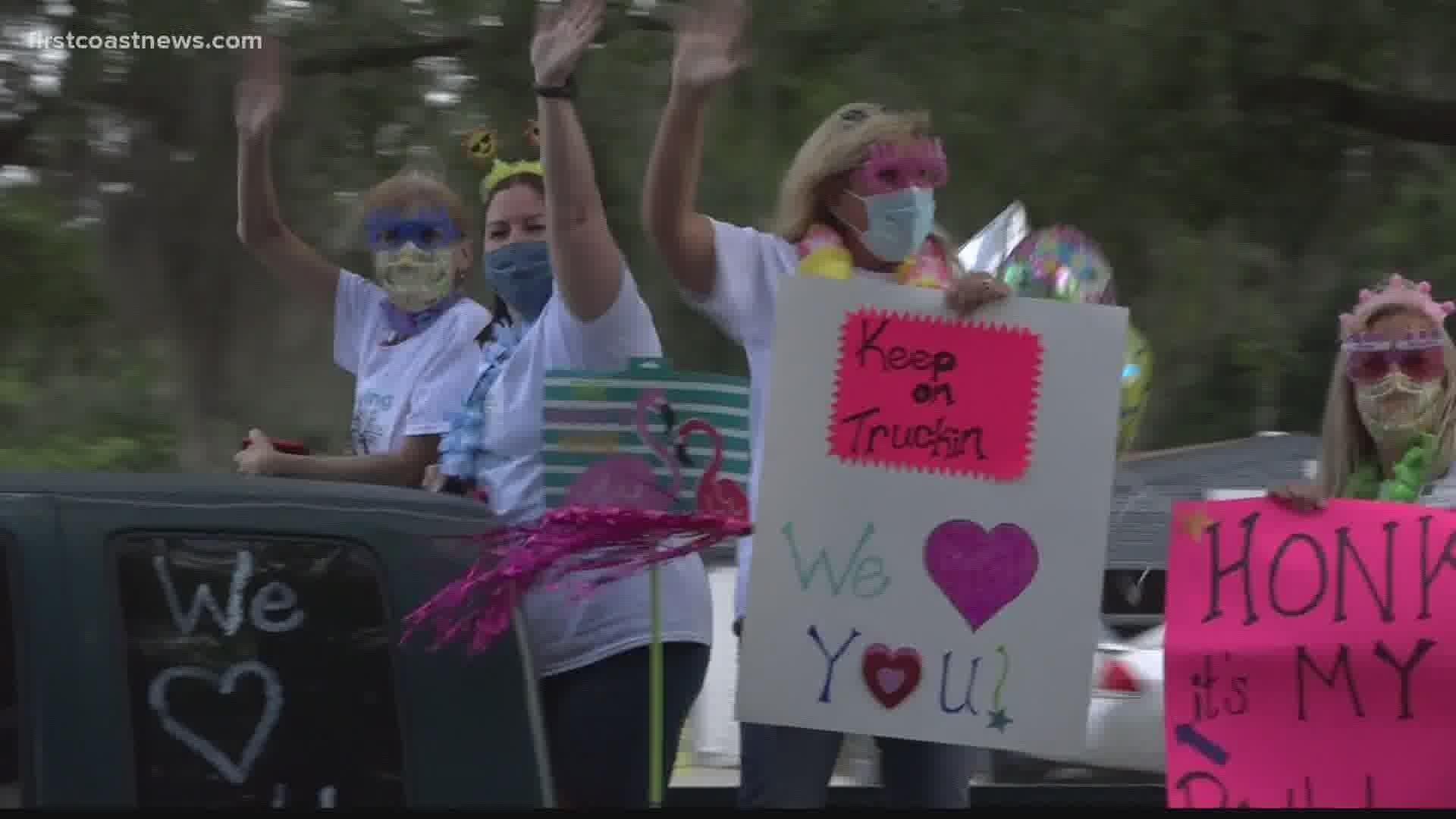 The city of Palatka surrounded one of its nursing homes Friday to show residents there is a light at the end of this lonely COVID-19 tunnel.

“This was just a very emotional time,” said Stephanie Showers, administrator of Crestwood Nursing Center. “We just wanted to bring an ounce of joy for a moment, and this has brought that.”

Dozens of vehicles, including fire trucks, police cruisers, motorcycles and decorated cars circled the nursing center honking their horns and cheering the residents on.

Some paraders were looking for their loved ones, but many were just community members who didn’t know anyone at the facility but wanted to show the residents they were thinking of them.

“I started crying when we got around the corner and could see her,” said Amy Poupor, whose aunt is a resident at Crestwood.

Poupor and her father John Dix would visit Wendy many days of the week before the pandemic. Up until Friday, they haven’t seen her big smile in weeks.

The parade was filled with intense emotions.

“We were really hoping to see their smiles, but we saw some tears too,” said Robin Robinson, who attended the parade. “It was really heartwarming.”

Robinson is one of many community members that joined the parade without even knowing anyone at the nursing center.

“Community is a really important thing that drives us here, and Crestwood is a big part of that,” said Ricky Bybee, alongside Robinson.

So with tears, smiles and big waves, residents had to say goodbye until the day comes that we can all see each other once again.

“If we embrace our community and we embrace one another, it’s what’s going to get us through this whole thing,” Bybee said.