When you think of weddings, you probably don't think of having it at your local sandwich shop, but you might now. 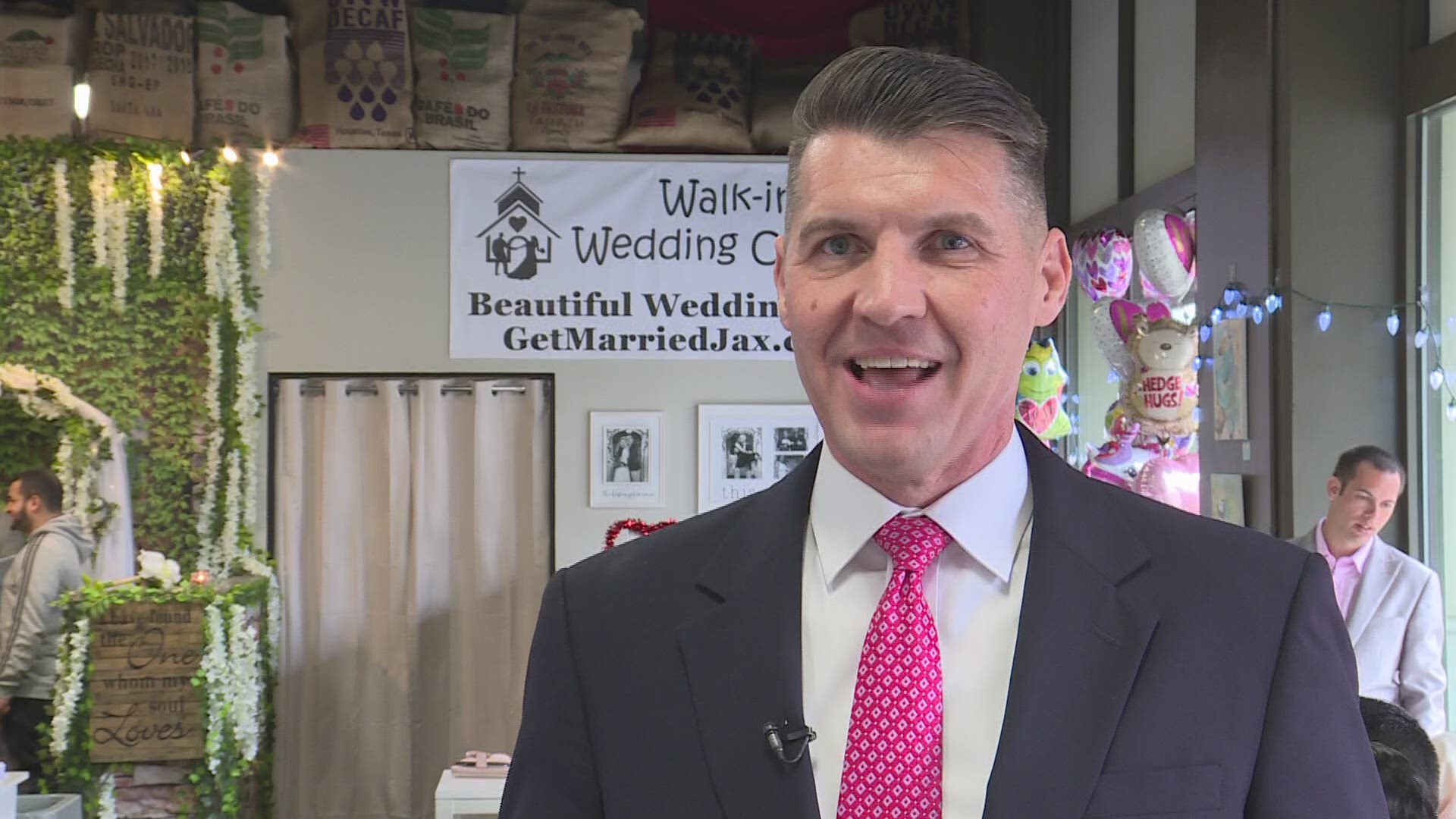 A Jacksonville Chaplin completed his 300th Wedding Ceremony Friday, but it was not in a church, but inside of a cafe.

The ceremony was among a handful that decided to tie the knot with their sweetheart this Valentine’s Day and the location was just as sweet.

“I’m a retired Navy Chaplin, so marriage is squarely in my lane, something I’m very passionate about," Chaplin Scott Shubert said.

Shubert knew he wanted to continue that passion after the Duval County Courthouse stopped officiating weddings in 2015.

“It became difficult for people, I retired in 2015 and people would call me to do weddings," he said.

The Chaplin decided one day when he visited a favorite spot owned by friends David and Kay Baumann where he was going to have the ceremonies.

You won’t find church pews or an organ there. Welcome to your wedding chapel otherwise known as Maddy D’s Café.

“I tell people it’s almost like Vegas, we just need an Elvis and buffet and we’d be there," said Maddy D's Cafe co-owner Kealalani Baumann.

"We always try to listen and when it comes we usually come to the front and clap for them," she said. "It’s a special day for them and it deserves to be celebrated."

“Really I don’t even see the deli right now, I really don’t," Butler said. "All I see is you, my family, Chaplin, I’m on a cloud."

Tracy Korda said her marriage just made sense and didn't mind if it was in a place that serves sweets and sandwiches.

“It doesn’t matter, we could’ve got married in the middle of the street, I love him and I will always love him," she said.

This is not just for holidays either.

Monday through Friday from 10 to 6 the shop does weddings and it's located right across the street from the place that stopped holding them, the courthouse.

Maddy D's Cafe started holding weddings alongside the cafe in September. Since then they've had over 300 wedding ceremonies.