"I'm going to do my absolute best to make you guys all proud," says J.R. Lobinsky, a Publix worker who is competing in track and field at the 2022 Special Olympics. 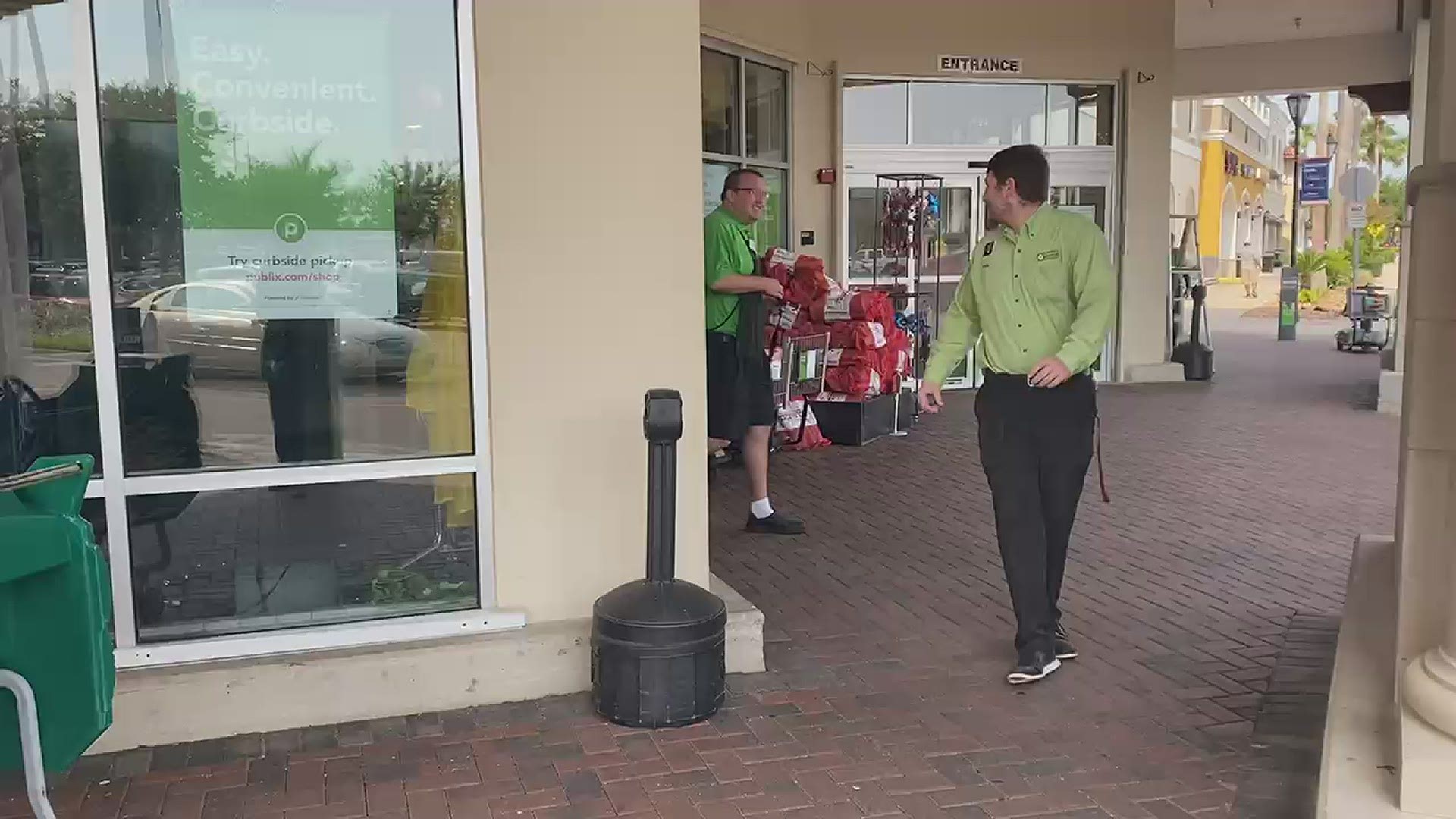 JACKSONVILLE, Fla. — A Jacksonville man just found out he gets to represent Team Florida in the 2022 Special Olympics -- with a lot of love and support from his coworkers.

James "J.R." Lobinsky, a Publix associate, got the news as a surprise from his Publix family, which was caught on video. His coworkers gathered outside the store with a banner announcing his achievement.

The video shows Lobinsky beaming with pride as his coworkers applaud for him, then reading the banner out loud.

"Oh my goodness," Lobinsky says. "I'm going to do my absolute best to make you guys all proud."

Lobinsky will be competing in track and field, he tells his coworkers in the video.

After cheering him on with the congratulatory banner, the Publix workers say they're going to be moving inside to continue the celebration with cake.

"You have to give up cake because you're in training," one woman jokes.

Publix has a long history of hiring associates based on "abilities, not disabilities," when it comes to workers with autism, Down syndrome and other medical or mental differences, according to a news release. More than 800 Publix associates have competed in the Special Olympics, the release says.