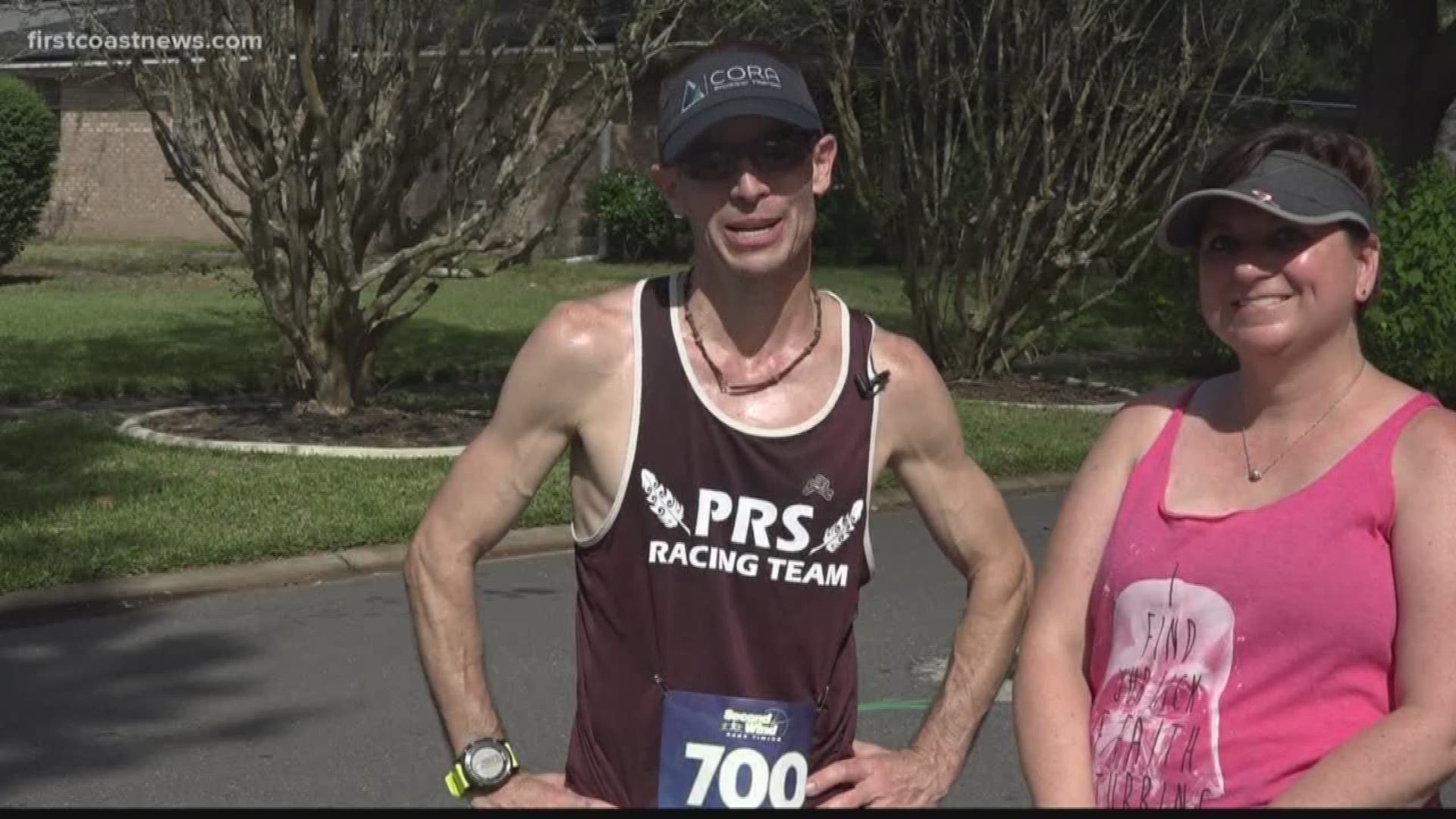 His wife, Christina Burget, is a breast cancer survivor, so the cause is near and dear to his heart.

Marc Burget is running the 312 miles by making the same lap over and over again in his neighborhood. Each loop is .4 of a mile. But he runs that repetitive route intentionally.

He started running it when his wife Christina Burget was diagnosed with breast cancer. He needed to train but also needed to stay close.

She says he would run the laps and if he saw that their front door was open, it would signal that something was wrong.

Her diagnosis is what led him to run the Donna marathon this year, where he unexpectedly won first place.

But this run isn’t about winning a medal, it’s strictly about raising money for a good cause and raising awareness.

“I met three other breast cancer survivors and we formed ‘Hope Floats’ and he always wanted to do this, so what better way to raise awareness about breast cancer,” Christina Burget said.

As he racks up the miles through a GPS tracking system, people can drop off donations at their home on North Ride Circle East in Jacksonville or donate online. They also have Facebook pages through Hope Floats and “Marc’s Miles” to promote the cause.

The 312 miles has a special meaning for their family. It all has to do with their love for Star Wars. Burget says they calculated that it would take that long to travel around the Death Star, so to join the “Rebellion” (against breast cancer) they wanted to conquer that challenge.

He’s expected to finish the run around 8 p.m. on Monday, but the real task, as the Donna marathon puts it, is to ‘finish breast cancer’ altogether. They say they can’t do it alone, so they ask the community to get involved and show their support.

Anyone who brings donations to their home or donates online is eligible for prizes, including entry into the next Donna marathon.

Marc's Miles
Morning update**** Yesterday Marc struggled in the heat. He did not finish where he originally wanted to. Today's schedule has changed.....Marc will run from 5a to 12p rest until 4p to get out of the heat. If you plan to run with Marc today, come now until noon then again at 5pm.