Griffi the Dancing Cockatoo, locked in a cage for 5 years, turns a new feather on life

Griffi’s favorite music is blues, reggae, and old-school rap. She got famous with the song The Humpty Dance. 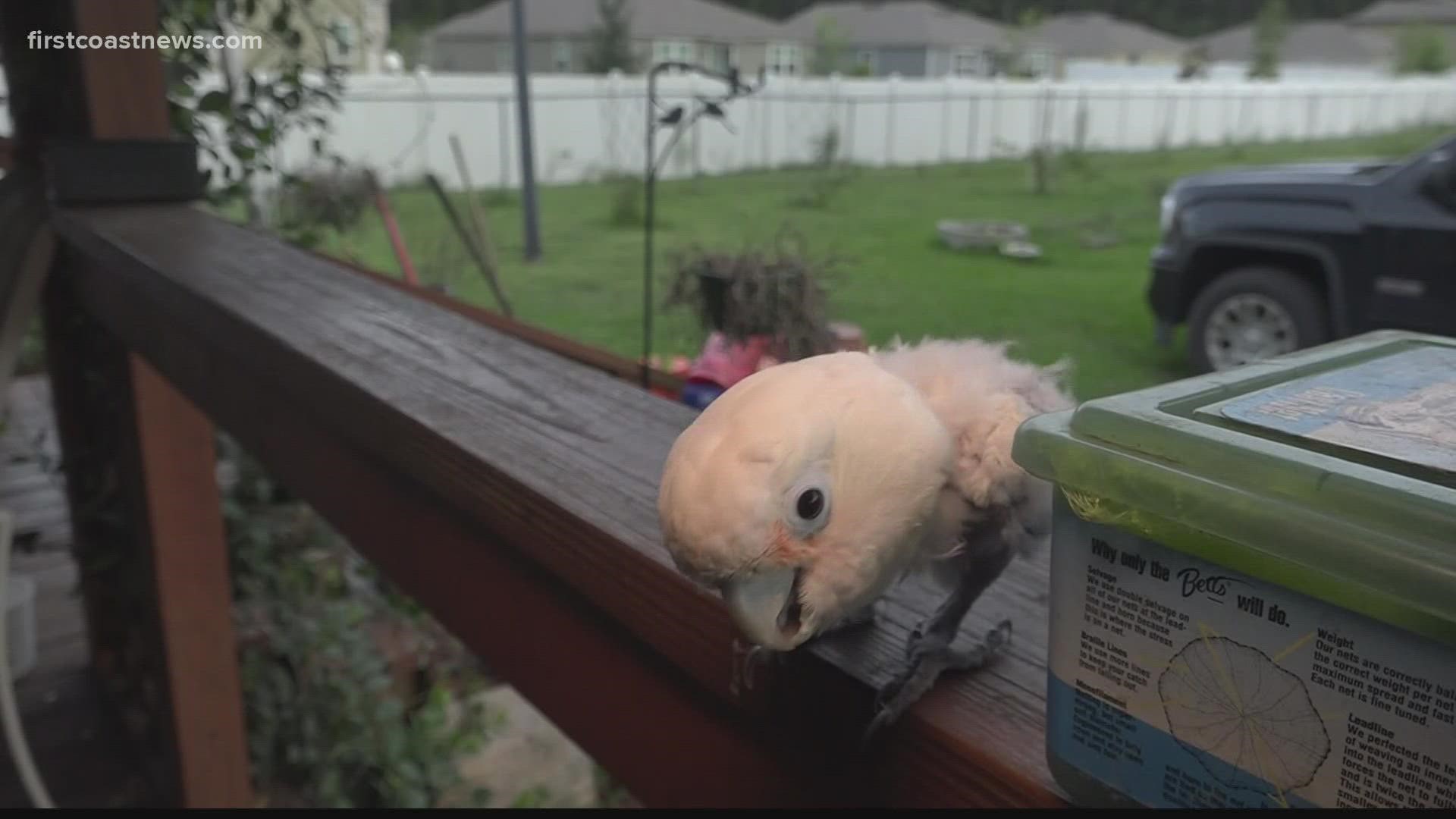 No, she's not a Hollywood celebrity.

She's a bird who now lives in Jacksonville, and Griffi the Dancing Cockatoo is turning a new feather on life.

“She ended up in a basement, and they would just give her food. They wouldn’t spend any time with her. She was by herself," said Alana Moinot, Griffi's owner.

Griffi is still bald from plucking out her feathers when she was abused, neglected, and left alone in a cage for five years.

The cockatoo's life turned around when she got fostered and then adopted by Caleb and Alana Moinot through the Florida Parrot Rescue.

“We were sitting out here one day, and she started dancing. "We let her pick the music," Moinot said. "We play all different genres for her.”

Griffi’s favorite music is blues, reggae, and old-school rap. She got famous with the song The Humpty Dance.

“She just took off, and we’re just along for the ride," Moinot said.

Griffi the Dancing Cockatoo has fans around the world. That includes Harry Evans from Virginia. He organized a GoFundMe page when he heard the Moinot's landlord wanted them to buy the home or leave.

“I was really touched by the fact that poor Griffi had been previously abused. Let me go ahead and start a GoFundMe so we can hopefully at least get you some money for a deposit on a house," Harry Evans said.

Credit: Harry Evans
Harry Evans organized this GoFundMe to make sure Griffi had a place to live.

Griffi's fans flocked together and raised more than $25,000. The Moinots decided not to buy the house due to the competitive housing market but are renting and saving the money to eventually become homeowners.

“It’s been very humbling experience to see how many thousands of people have donated money for this little bird so that she can have a place to live," Moinot said.

Now Griffi has a place to live as she brings happiness to her fans.

“People say, 'I haven’t smiled or laughed in months. I happened to come across your channel, and I just started crying because I was laughing so hard,'" Moinot said.

Tonight at 5 on @FCN2go.. Griffi the Dancing Cockatoo was abused and locked in a cage for 5 years. Now she's entertaining and bringing joy to hundreds of thousands of her followers on social media, in addition to bringing attention to #bird welfare. pic.twitter.com/Bwezj1Bx6h

Griffi the Dancing Cockatoo pulled out all her feathers from being abused, neglected, and left alone in a cage for 5 years. She's entertaining her 100,000+ followers on @YouTube and social media. @Flparrotrescue placed her with her forever family in Jacksonville, FL. @FCN2go pic.twitter.com/9Iv9rGIORi 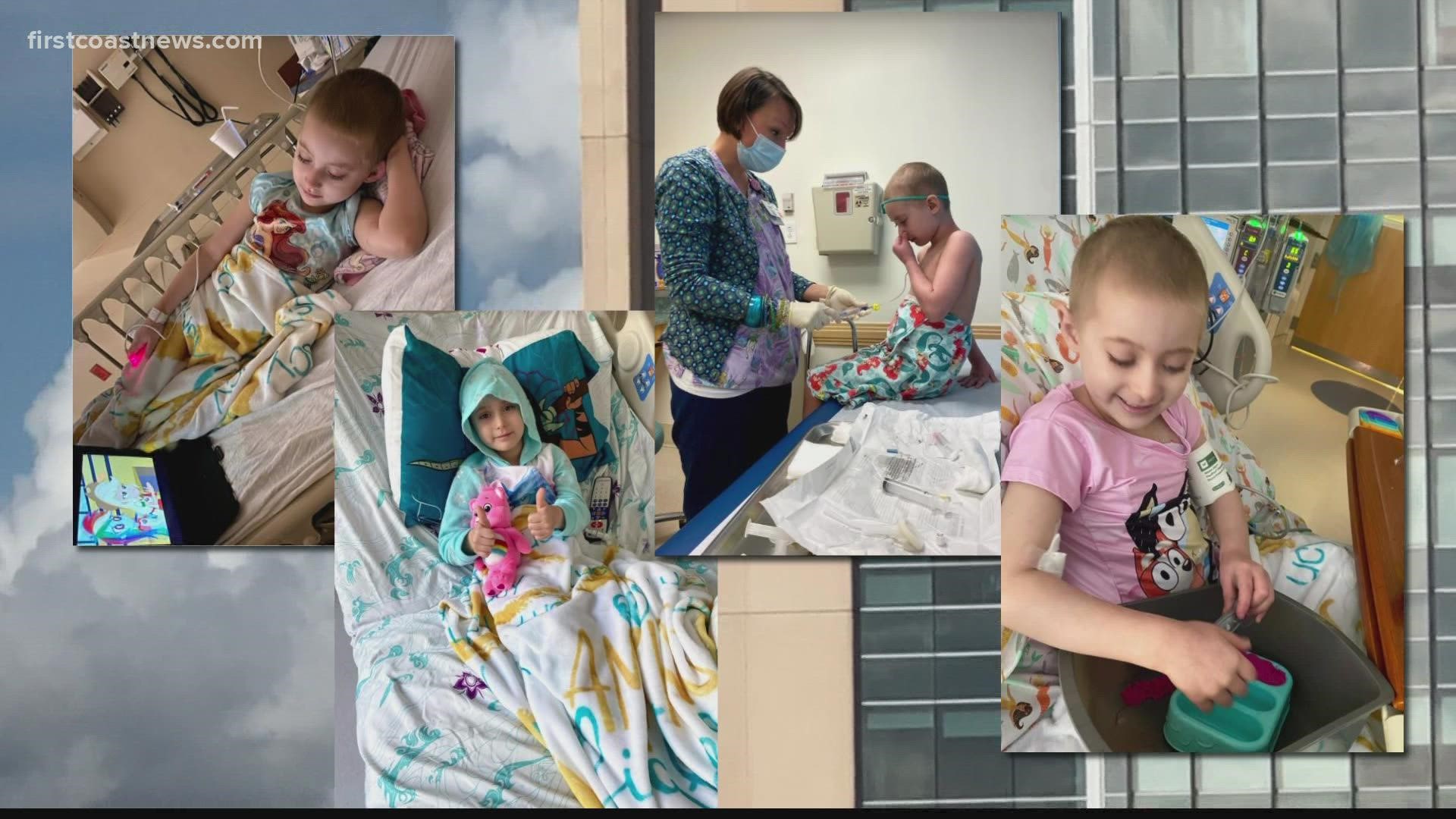