She’s gone over three decades without her husband, but still receives flowers, cake and stuffed animals. 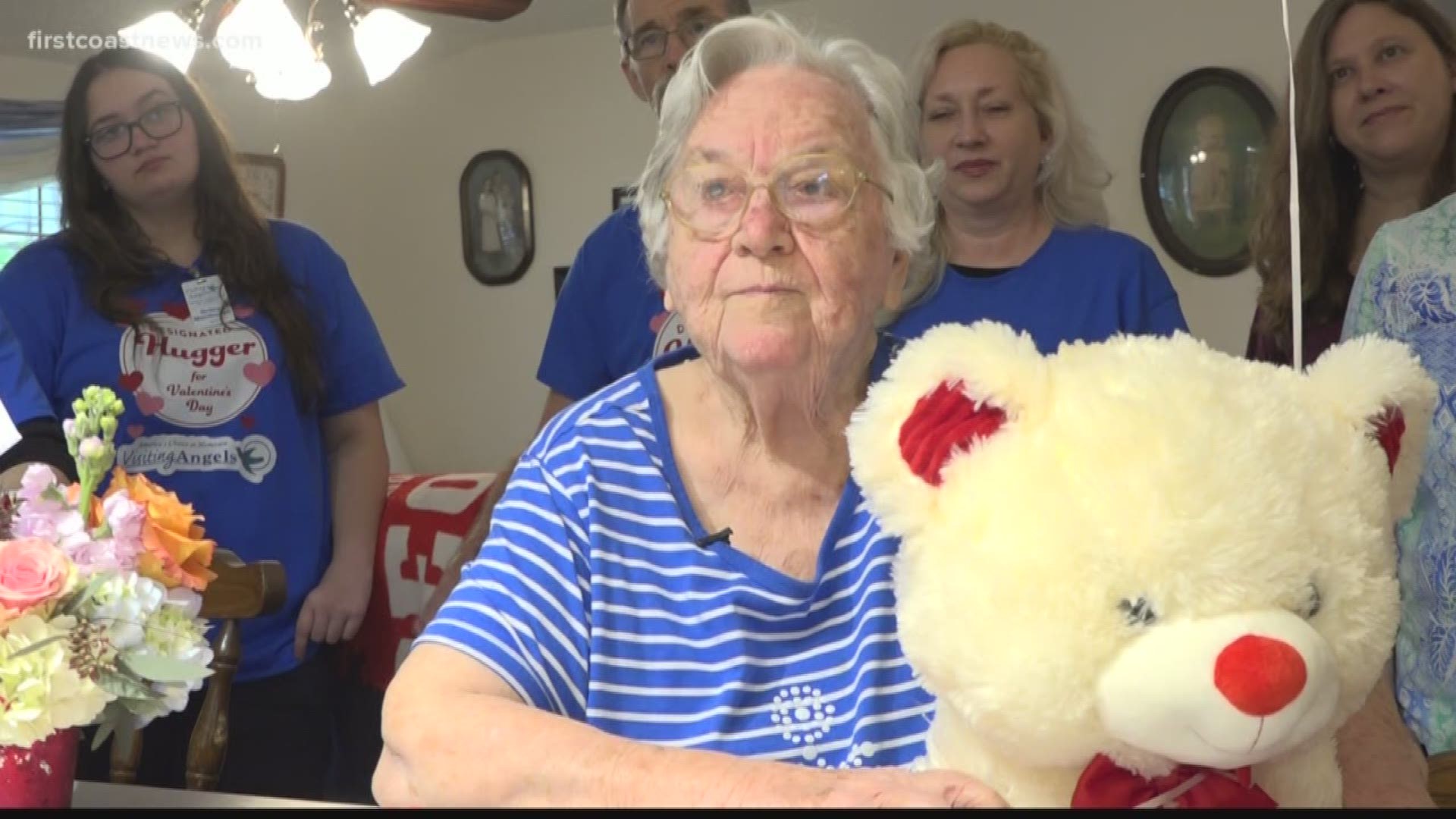 No one gives a hug like a grandparent, but sometimes on Valentine’s Day they may feel lonely or isolated if they are widowed or their family doesn’t live close by. Visiting Angels are there for those people with designated huggers to make sure everyone has a valentine.

On Wednesday, Visiting Angels made the day all about 96-year-old Edna Tuttle. She’s gone over three decades without her husband James by her side after he lost his fight with leukemia.

“It was the most perfect marriage you could ever have,” Tuttle said. “He was the best husband ever.”

She says she remembers their one-day courtship like it was yesterday.

“We were walking in the state park and he went back to camp, wrote and asked me to marry him,” Tuttle said. “First time I saw him, one time. I told him well, I’d give him my answer next time I saw him.”

James was in the military and had to leave to be stationed overseas during world war two.

The two were separated for years and lost touch.

“I knew I loved him,” Tuttle said. “I wasn’t sure but I knew something different was there.”

It wasn’t until James finally got back to the states that he knew he needed to chase down the one thing he was missing in his life.

“When I saw him the second time I knew he was the one,” Tuttle said. ”So we met in Dylan South Carolina for the weekend, and we said we wasted enough time lets go ahead and get married.”

Lots of love and seven children later, the couple built a strong marriage, but it would not erase James’ PTSD from the war and health complications to follow.

“At the end he had leukemia, he didn’t last long after that,” Tuttle said. “I knew it was going to be a terrible, terrible life, but he was in a better place.”

The designated huggers know they could never give Tuttle the Valentine’s Day James could, but it’s a great way to make her feel special this Valentine’s Day

“I just couldn’t do without the visiting angels,” Tuttle said.