From a 25-percent survival rate to the first day of school: The journey of Jacksonville's formerly conjoined twins

The boys are teaching everyone they meet that sometimes strength comes in the smallest of packages. 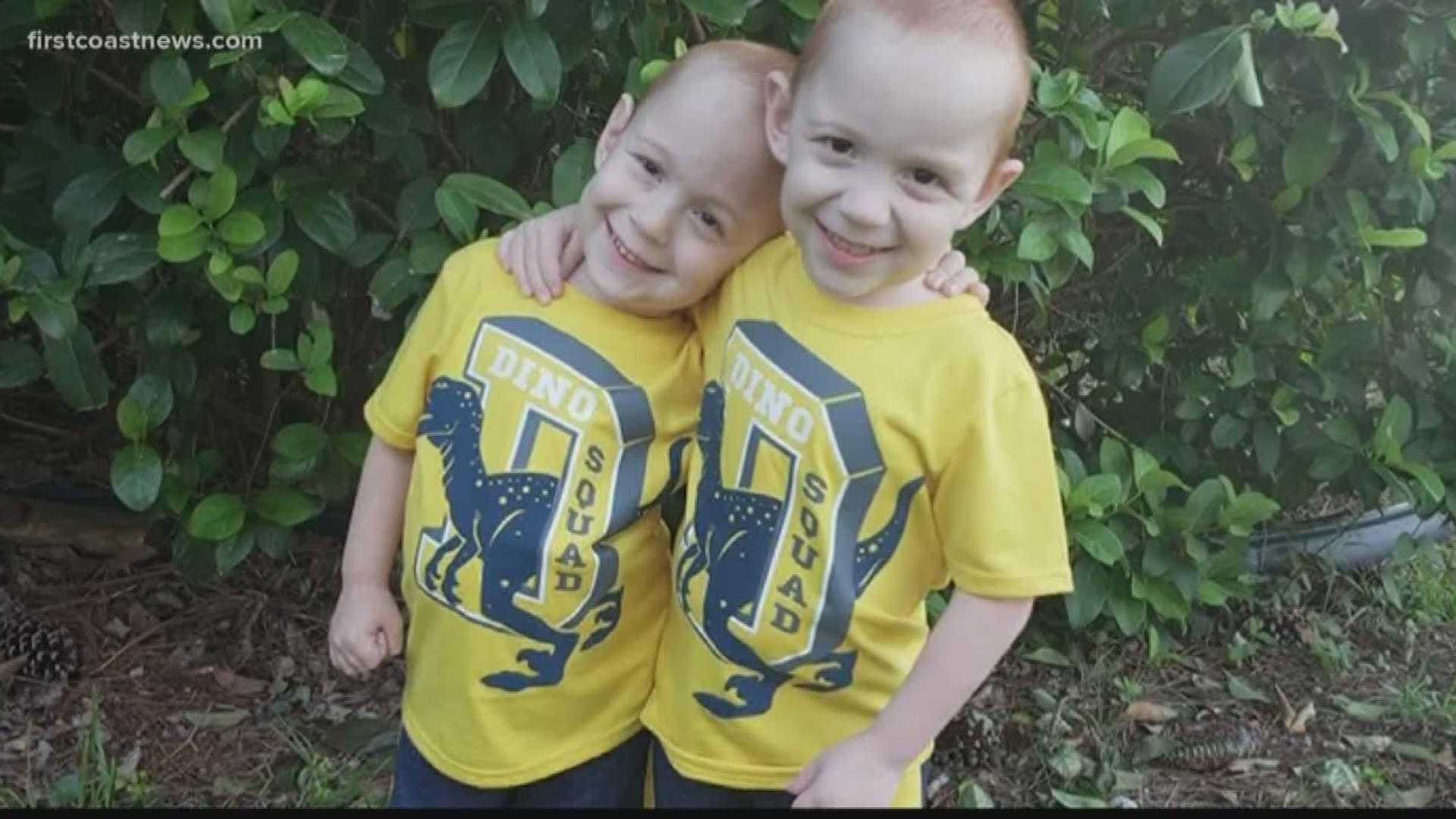 Four years ago, two twin boys captured the hearts of Jacksonville residents and all over the world.

Carter and Conner were born conjoined, but after a 14-hour surgery at Wolfson Children's Hospital, they were successfully separated in a 'miracle surgery.'

On Monday they started school, a feat that at one point would have seemed like a distant fantasy for doctors and surgeons at Wolfson Children's Hospital.

First Coast News has been following the journey of these miracle babies from the very start. Join us as we take a look at how far these two boys have come.

Nov. 2014 - The birth of a child is supposed to be the happiest moment of a parent's life. But one Jacksonville family was bracing for the possibility their hearts could be broken when their conjoined twin boys are born.

"There is still a big chance I could miscarry," said mother, Michelle Brantley.

Dec. 2014 - Carter and Conner Mirabal of Jacksonville are born, conjoined at the abdomen. It's believed they're Jacksonville's first-ever set of conjoined twins.

The boys faced each other and shared a liver and intestinal tract. Part of their abdominal wall was also not completely closed. So, doctors had to cover the area with plastic sheeting.

The first photo of conjoined twins, Carter and Conner.

Dec. 2014 - Carter and Conner recover from their first surgery. According to family, doctors on Saturday had to repair some organ damage. The family reported on social media that some of the identical twins' organs were exposed.

Feb. 2015 - Two-month milestone since Michelle Brantley of Jacksonville delivered Carter and Conner. At this point, the boys have not been strong enough for them to be taken out of their bed in the NICU at Wolfson Children's Hospital.

Once the boys were rolled behind closed doors, some family members began crying and hugging each other. Everyone was wearing a handmade shirt showing their love and support for the twins.

After 12-hours, a doctor came out to tell the family that the surgery had been a success.

Dec. 2015 - Conner Mirabal is discharged from the hospital.

Connor and Carter Mirabal with their parents.

May 2016 - After 17 long months, formerly conjoined twin, Carter Mirabal, finally got to go home on Friday.

May 2016 - One year since the separation. Family, friends, and the medical team at Wolfson Children's Hospital were all on hand to celebrate Saturday. The Mirabal twins were successfully separated after being joined at the abdomen at birth.

Oct. 2016 - The boys get to have some fun: it was their first time trick-or-treating!

Conner (holding the lollipop) smiles at his brother Carter in their stroller.

Aug. 26, 2019 - Carter and Conner start school, a feat that would have otherwise seemed impossible back in December of 2014.

"Our babies started school today," the family posted on Facebook. " Carter was sad. Conner didn't cry at all. Conner was being such a good brother comforting Carter as we left. We are so proud of them! Please pray for our babies today."

Back in 2015, Michelle Brantley told First Coast News that the boys are teaching everyone they meet that sometimes strength comes in the smallest of packages.

"We are blessed to be going through it because this doesn't just happen to anybody and they are miracle babies," Michelle said.

RELATED: Conjoined twins separated at UF Health reunited in time for the holidays 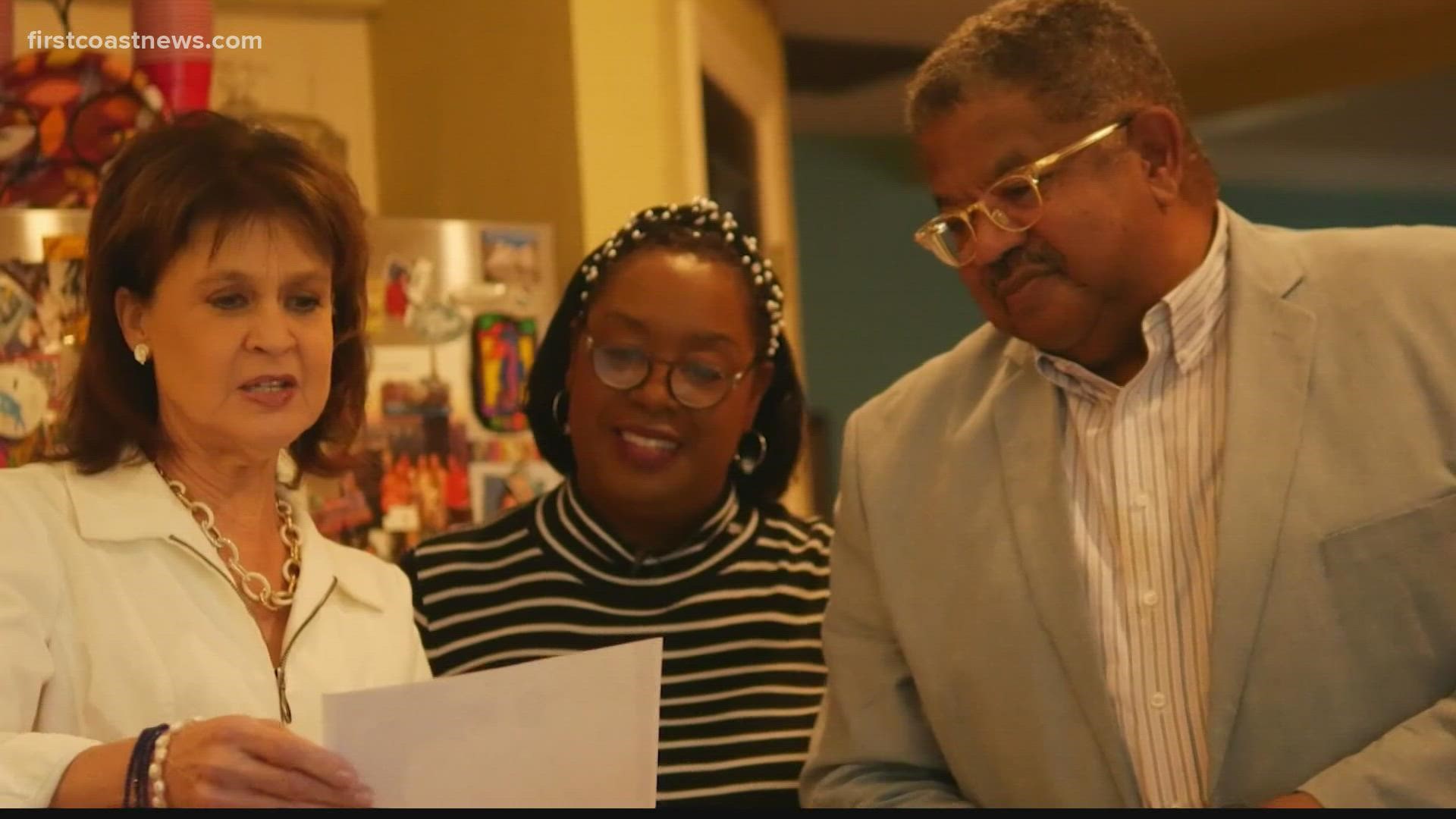