Heading back to daycare? Daycare owners and parents weigh in

Mayor Lenny Curry's work from home order ends Monday which may have you asking where this leaves your children. 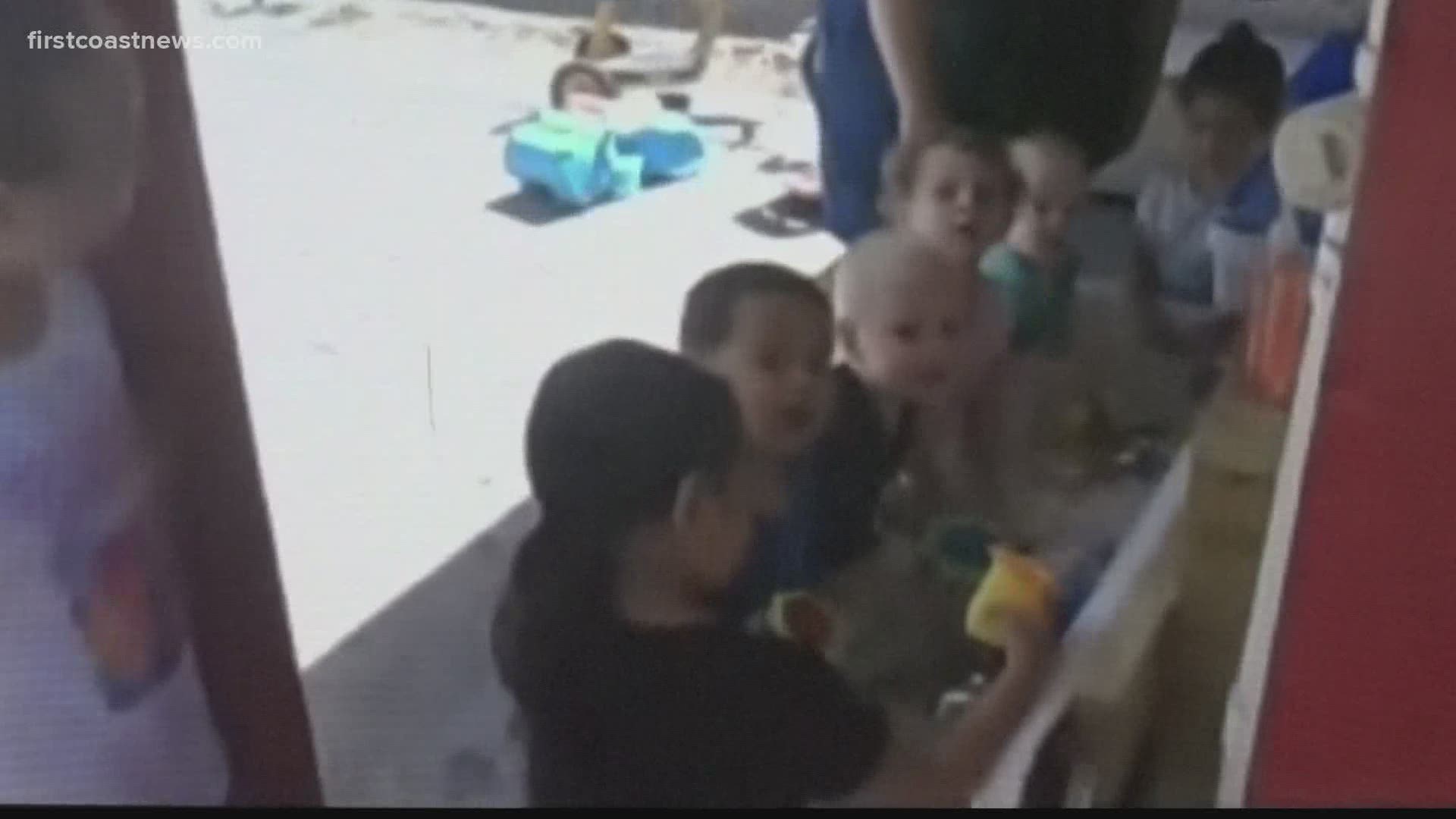 Friday might be the last morning you wake up at home and then stay there all day to work. Where does this leave your children?

Parents probably haven't been past their kid's daycare lobby in a while. Many daycares are only letting visitors in that far and the CDC recommends staggered pick-up and drop-off times. At some daycares in Jacksonville, no one gets past the door without their temperature taken.

Safety measures vary daycare to daycare but at Normandy Village Learning Academy, things are a little different. Temperatures are taken three times a day and each group of nine kids never interacts with another.

"The poor teachers, they're working ten hours a day so I don't mix them," said Chris Cochran, owner of Normandy Village Learning Academy. 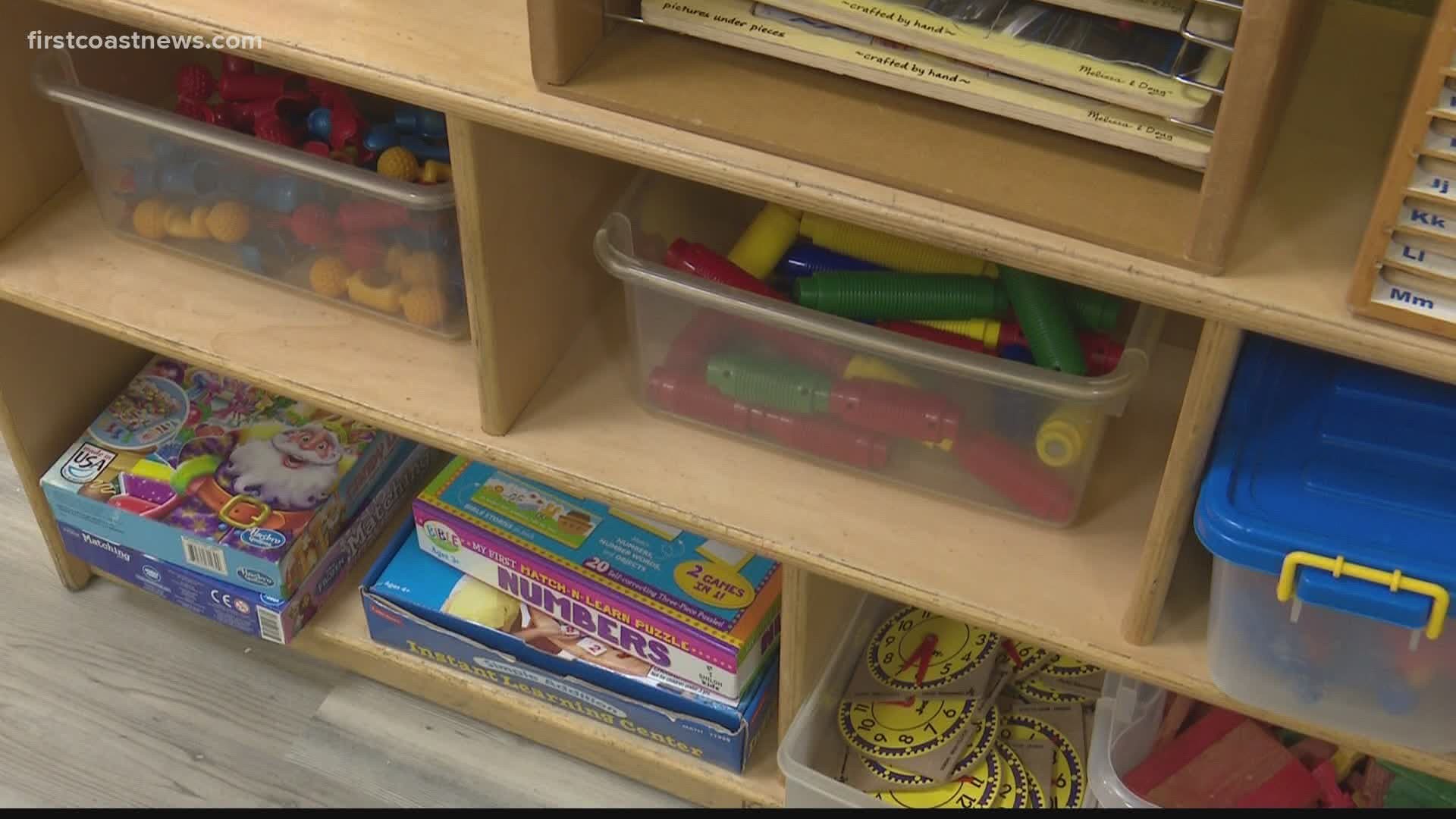 Cochran says they are ready for more kids, as is Rachael Wyman, the owner of Kids At Play, currently called Beaches Academy Child Care.

In March, Wyman's daycare dropped from 83 kids to less than 20. She's now getting children from other daycares that are still closed.

She says the health of the children in her daycare has visibly improved during the pandemic. She hopes it's a lesson learned.

"The typical two-year-old runny noses aren't really much of a thing," Wyman said. "So whatever people are doing at home is really reflecting here."

She says her daycare will be sparkling clean, but so much is up to the parents.

"I'm really excited to see what the new normal's gonna be, especially with us in this industry sanitizing and cleaning at already a high level, what parents are going to take into consideration at home."

Are parents ready to bring their kids back to daycare?

"Unanimously from most of my parents, closing was a waste of time and their effort," said Cochran.

RELATED: Curve in Context: Here's what Florida, Georgia COVID-19 case curve looks like as of May 14

"Some are like, 'listen we're ready, they're going to put us back to work, I need a place for my kid,'" said Wyman. "But yet, there's that underlying fear of 'what are we coming back to?' We have a good mixture of both."

That's what daycare owners are hearing. Here's how one parent describes working full time and teaching her kids during the pandemic...

"It's like spinning plates and herding cats," said Meredith Smith.

Smith is an essential worker, the executive director of Community Health Outreach, and she and her husband both work full time. Even so, they don't want to take their kids to daycare or summer camp just yet.

"We're going to try to keep them at home as long as possible through the summer," Smith said. "Until we know more of what's happening and what the effects of reopening are and how cautious people are being."

Smith and her husband are able to switch off working from home days to teach their kids and basically wing it when they can't swing that.

Whether it's a 'yes' or 'no' to daycare, one thing is vital.

"Just having people be understanding," Smith said. "They understand that this is messy."

Staff at the daycares that First Coast News called say they are choosing not to wear masks. The CDC warns not to put a mask on a child because of the risk of suffocation.

The CDC reports at least three children have died from the coronavirus. Read their guidance for child care programs here.