Have 'love for thy neighbor' | A push for COVID-19 vaccinations as delta variant, case counts spread

Jon Lewandowski got his second dose of the COVID-19 vaccine after being told by doctors to forgo it because of a reaction to the first dose. 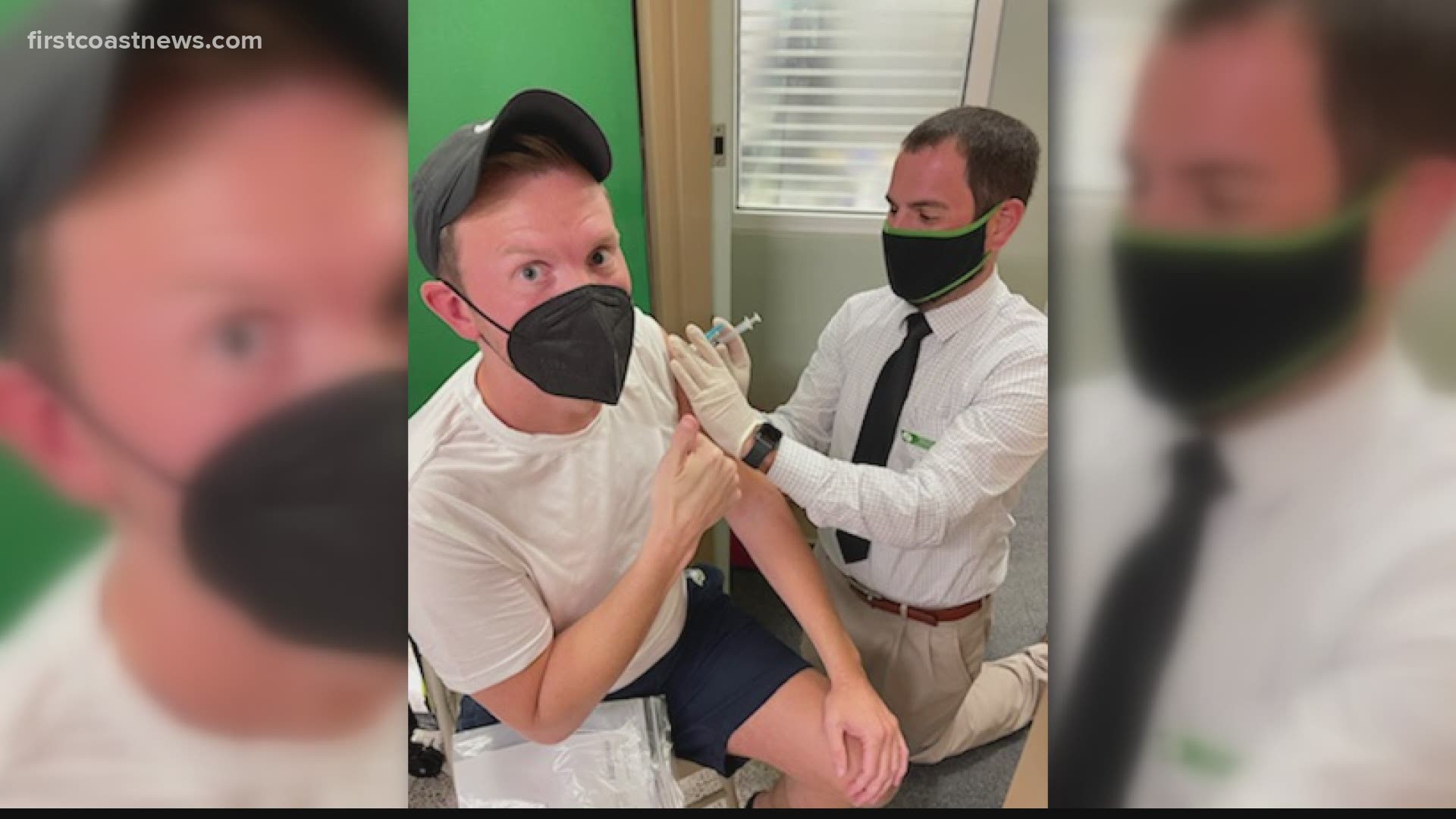 JACKSONVILLE, Fla. — It took 17 weeks, but Jon Lewandowski is fully vaccinated. He took time to revel in getting the dose by recording his experience.

Doctors told him to forgo the second dose because of a reaction that sent him to the hospital after his first dose.

"It was a calculated risk, but it was a risk I was willing to take because it's my body and here we are with the delta variant that was coming into play," he told First Coast News.

With the delta variant becoming more widespread, Lewandowski made the choice to become fully vaccinated. It was a decision he doesn't regret.

"I hope that we can all come together not only as a community, a state, county, a world, but be together in this and help the people who can't get vaccinated," he said.

We first told you about Lewandowski weighing his options last month.

With support from first responders, Lewandowski got his second dose and has had no adverse reactions. He now spends his time driving others to get their doses.

Credit: Courtesy: Jon Lewandowski
Jon Lewandowski was told by his doctors not to get the second COVID-19 vaccine dose because of a reaction after the first dose. He waited 17 weeks and is urging everyone to get vaccinated.

"It was a long 17 weeks of my life, but I am happy.  If I can just change one life, that's all I want to do," Lewandowski said.

Some of his friends are in the hospital right now and Lewandoski says they are all unvaccinated.  He's paying it forward and hopes you do the same by protecting yourself and others.

"If it's not for yourself, do it for someone else because there is nothing greater than that love for thy neighbor," he said.