Jacklyn Wright started the Change.org petition which has more than 200 signatures. 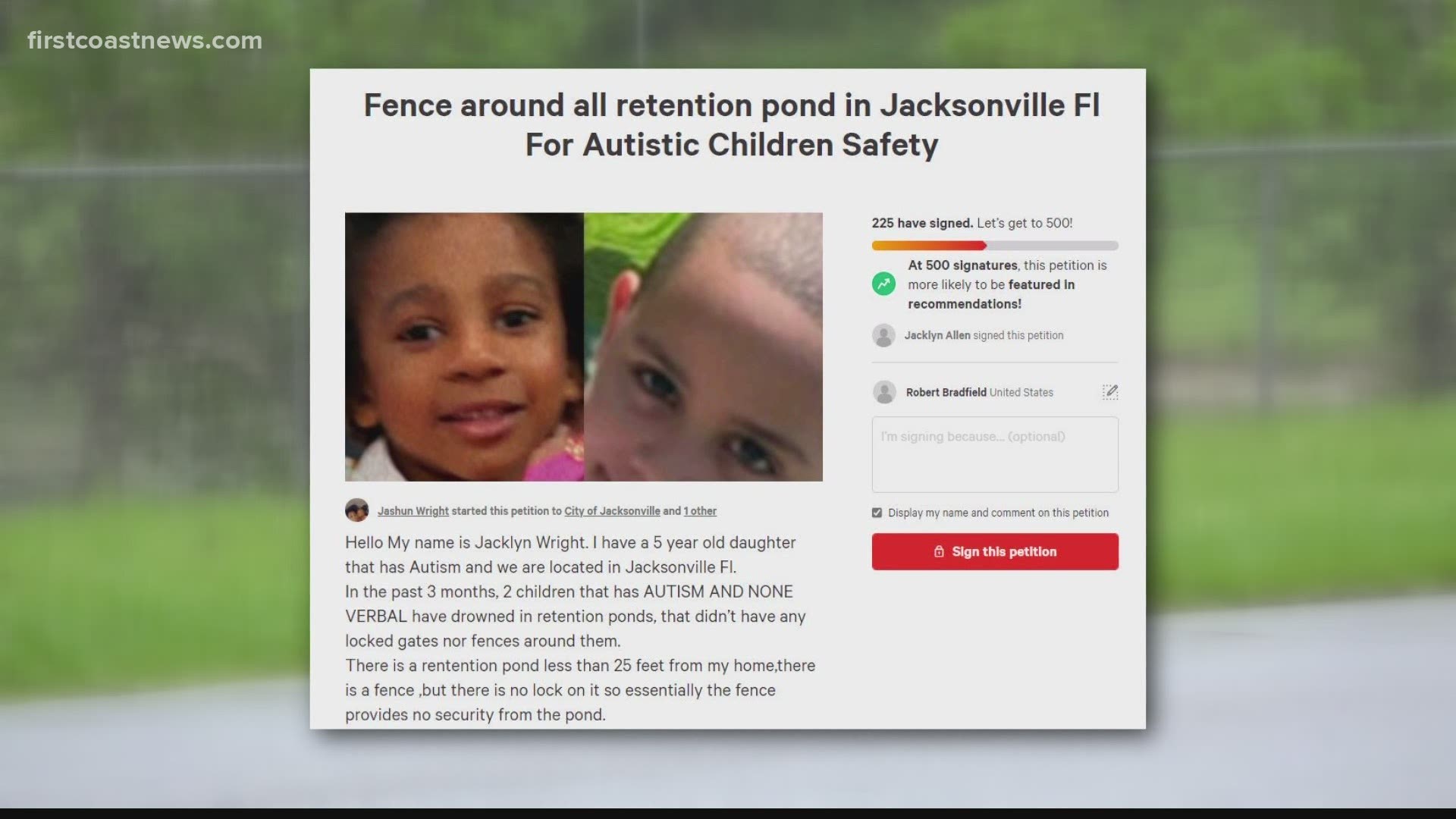 JACKSONVILLE, Fla. — It's a nice view from Jacklyn Wright's front yard, but she says the pond across from her home poses a threat for her five-year-old daughter Autumn who is autistic.

"It's a lot of fear.  A lot of fear due to the fact that she's unpredictable," Wright told First Coast News.

After hearing of three children her daughter's age or younger who have drowned in retention ponds in Jacksonville this year, she enrolled Autumn in swimming lessons.

But, she knows that won't be enough to protect her family from water dangers. "It's so heartbreaking because it could be you.  It could simply be you," she said.

Credit: Courtesy: Jacklyn Wright
The mother of Autumn Wright enrolled her 5 year-old daughter, who is autistic, into swimming lessons after four children have drowned in retention ponds in Jacksonville so far this year.

Wright started an online petition to get fencing, with working locks, around open access ponds. She says the fence around her northside pond is never secure.

We spotted a dog going through the fence. Wright says that could have been a child.  "We can't sit and let this be an ongoing problem and don't do anything about it," Wright said.

Other moms are pushing for fencing, too. Kristy Vakili wants more than natural growth around bodies of water which Mayor Lenny Curry recently said he'd allow.

"I really want the gate or some type of fence. But, if they couldn't do that, a warning sign or something more than shrubs.  I personally don't think the shrubs are going to do anything," said Vakili

Wright says she's contacted the city about her concerns but hasn't heard back. She says she won't give up.

"I don't want to be on the other end where someone is going to have to be consoling me because my child wandered to a retention pond," she said.