Your guide to the first-ever Jacksonville Taco Fest 🌮

The Jax Taco Fest is on Aug. 17 from 1 p.m. to 7 p.m. Here's everything you need to know including what kinds of tacos will be available, where to park and more! 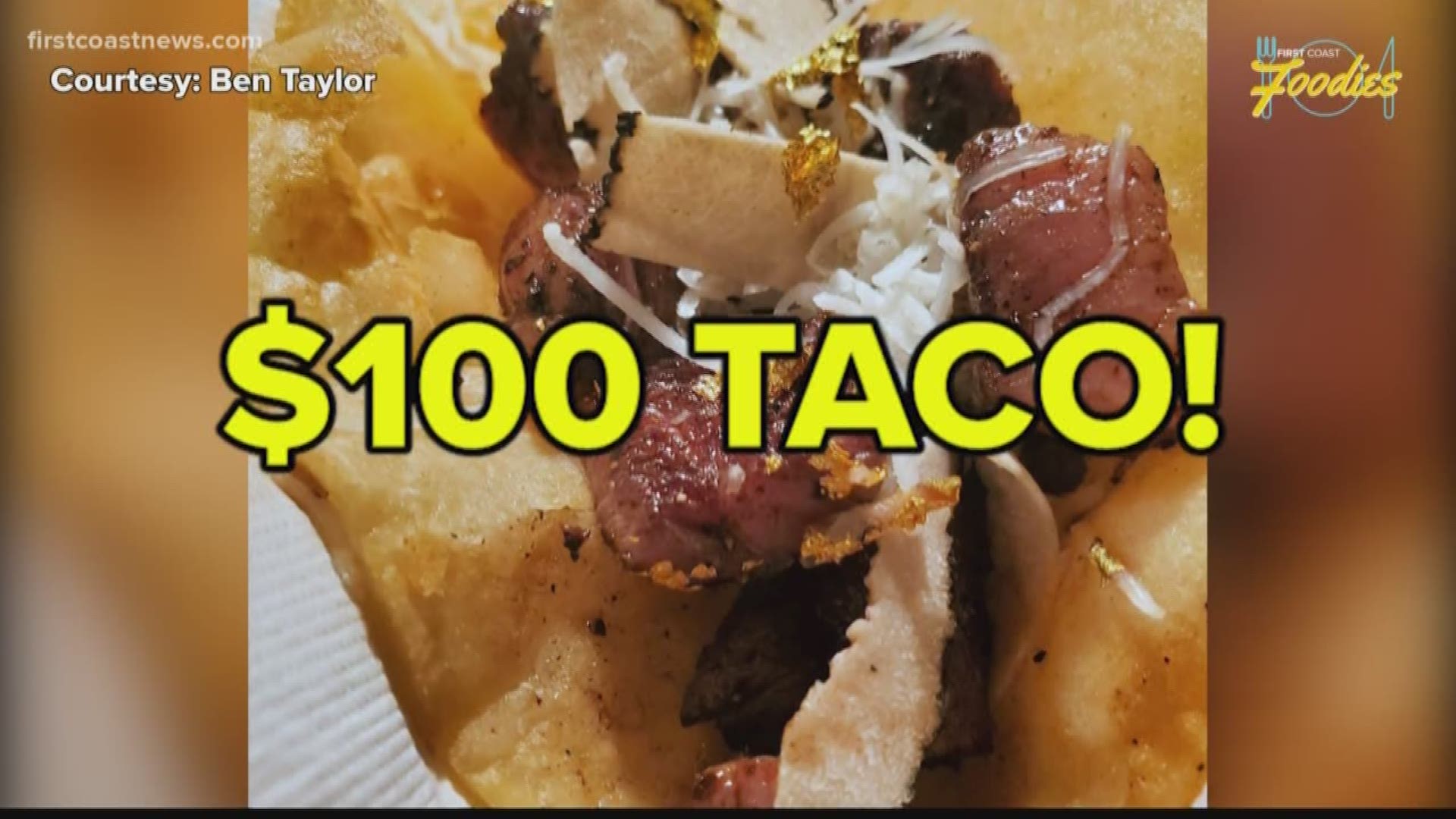 Get ready for one of the hottest foodie events of the summer! Jacksonville's first-ever Taco Fest is happening this Saturday, Aug. 17 at Hemming Park.

It's being described as "the biggest taco fest party in Jax!" 🌮

Below is everything you need to know about the fest before you go.

WHAT CAN I EXPECT AT THE TACO FEST?

One of the organizers of the event, Zergihno Garcia, said this family-friendly event will offer attendees more than 50 different styles of tacos.

Garcia, who owns the food truck El Agave Azul, said the idea first started after he attended a taco fest in Orlando three years ago and realized that Jacksonville didn't have its own festival. It wasn't until five months ago, however, that they started organizing the event.

WHAT RESTAURANTS/FOOD TRUCKS WILL BE THERE?

Garcia said there will be over 20 vendors and restaurants attending, as well as more than 13 food trucks.

Garcia confirmed the following food trucks/vendors/restaurants will be attending:

🌮 Chinchillas Eats on the Streets

Most vendors and food trucks accept credit card, but there will be an ATM on site.

ASIDE FROM TACOS, WHAT ELSE CAN YOU GET?

In addition to tacos, foodies can also gobble up churros, street corn, taquitos and nachos.

Some vendors and food trucks will also be serving dessert exclusive to the festival, like About Time Creamery's Ice Cream Taco for $10.

"Our taco is made out of a waffle cone-shaped as a taco," said owner Christine Thoresen. "We're going to put three scoops of your favorite ice cream ... top it with hot fudge or caramel sauce, whipped cream, cherry and some sprinkles."

But what about alcohol?

"Margaritas are the top drink of the event," Garcia said, meaning there will be plenty to go around! He also said they will have bars that serve Mexican cervezas, as well!

There will also be live music, a tequila expo, a beer bar and a taco competition where local restaurants and food trucks will compete for the title in:

Click here to learn more about the Taco Competition, including who the judges are!

The Taco Fest is expected to draw in huge crowds on Saturday, so you'll want to make sure you plan ahead when it comes to parking.

All metered parking Downtown is free on the weekends.

Duval and Monroe Streets will be closed for vendors.

Watch the video below for more details on road closures and the nearest parking garages. 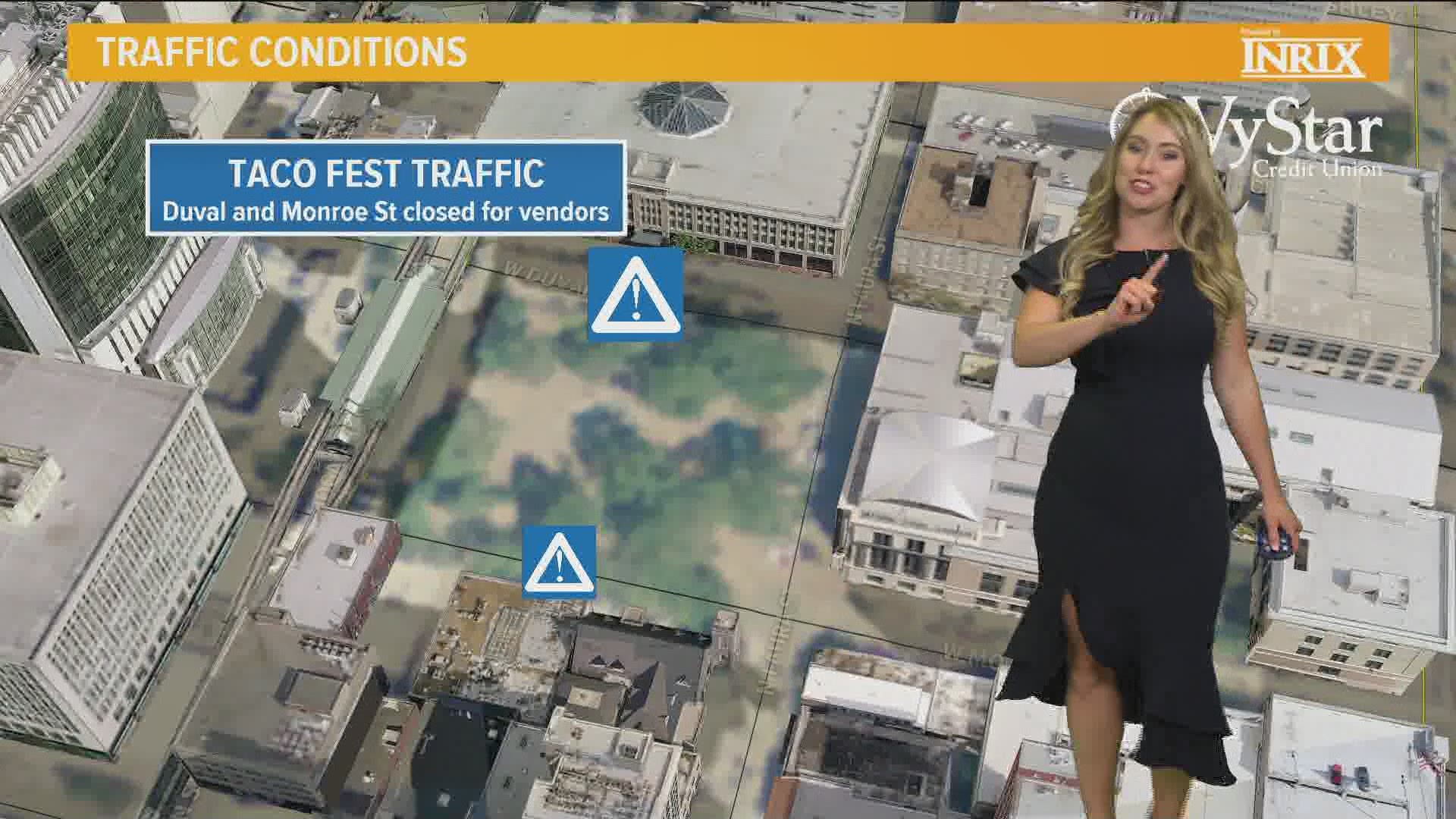 There are plenty of parking garages and public parking lots nearby, as well. (See the green "P" pin-drop on the map below for parking options.)

You can also visit this website for more parking information.

Credit: Google Maps
The green arrows indicate where the public can park around Hemming Park during the Taco Fest.

WHO: Family-friendly event, must be 21+ to purchase alcohol

WHY: "I think tacos are the most popular food around the world," Garcia said. Garcia said there was a need for the event in Jacksonville.

COST: Entry is FREE to the public!