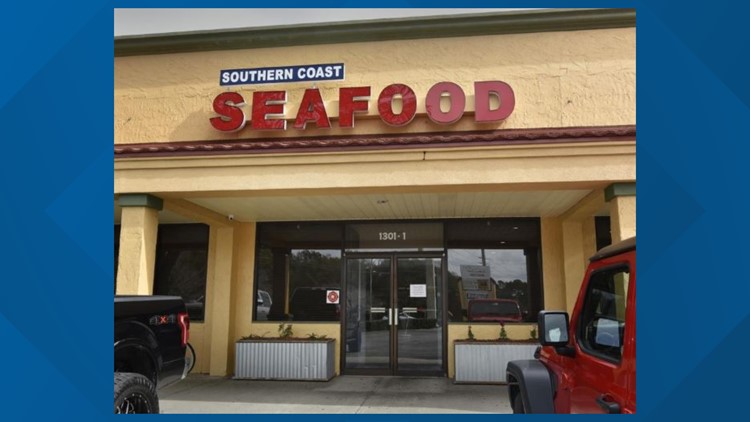 Photo by: Will Dickey, Florida Times-Union

Southern Coast Seafood has dropped anchor in Arlington, promising fresh-off-the-boat shrimp and fish from Mayport as well as crab, oysters and scallops.

The restaurant recently opened at 1301 Monument Road in the Monument Shopping Center. It replaces the former Mudville Grille, which closed in June.

Restaurant co-owners Louis J. Joseph, his brother, Matt Joseph, and cousin Louis M. Joseph did much of the renovation and modernization work themselves for the new place.

“We wanted to have an outlet where we could sell our own catch and provide some of the freshest product for our customers at a better price than our competitors. ... It’s all local, fresh from ocean to table. ... That’s our goal,” Louis J. Joseph previously told the Times-Union.

Seafood is the star of the new restaurant’s menu, which also features sandwiches such as po’ boys, a crab cake BLT, smoked chicken salad, a smash burger and fish tacos.

In addition to a variety of seafood platters, entrees include a chef’s cut of beef, a bone-in, rib pork chop, Cajun shrimp pasta, pan-seared scallops and the fresh catch.