Channel your inner Goku and try its new "Kaio-ken" bowl, which is the equivalent of three bowls of soup! 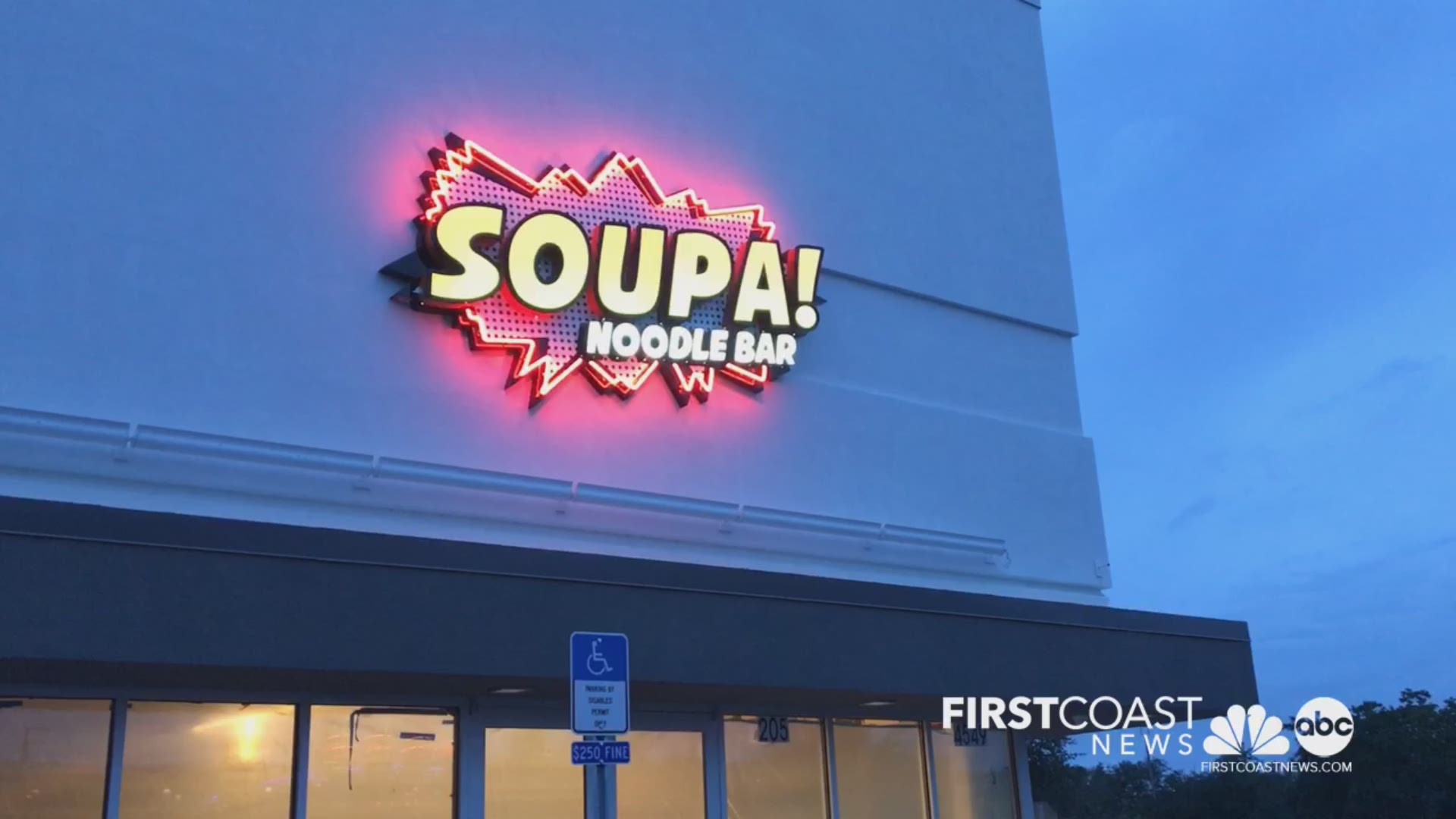 The restaurant, located at 4549 Southside Blvd., has been softly opened since November, serving customizable Asian soups, including build-your-own ramen, pho and curry.

Just in time for the grand opening, the restaurant is encouraging you to channel your inner Goku and try its brand new "Kaio-ken" bowl, also known as its "Soupa Bowl." It is the equivalent of three bowls in one!

In case you're unfamiliar with Dragon Ball lore, the bowl was named after a martial arts technique taught and used by Goku, the main protagonist of the Japanese franchise. It amplifies his power, but it puts a strain on his body.

Soupa Noodle Bar marks the second location for the Florida franchise, Soupa Saiyan. The first is based in Orlando and opened in 2016.

RELATED: 'It's going to be jaw-dropping': Dragon Ball-themed restaurant to open on Southside

There, the restaurant not only serves the Kaio-Ken bowl, but it also serves a much larger bowl of soup, known as the "Ultra Instinct," which is the equivalent of five bowls of soup! This costs $50.

No word on if the Jacksonville location is planning to sell the "Ultra Instinct" dish any time soon.