To celebrate, the Flame Broiler is offering a "in store" buy one get one special! 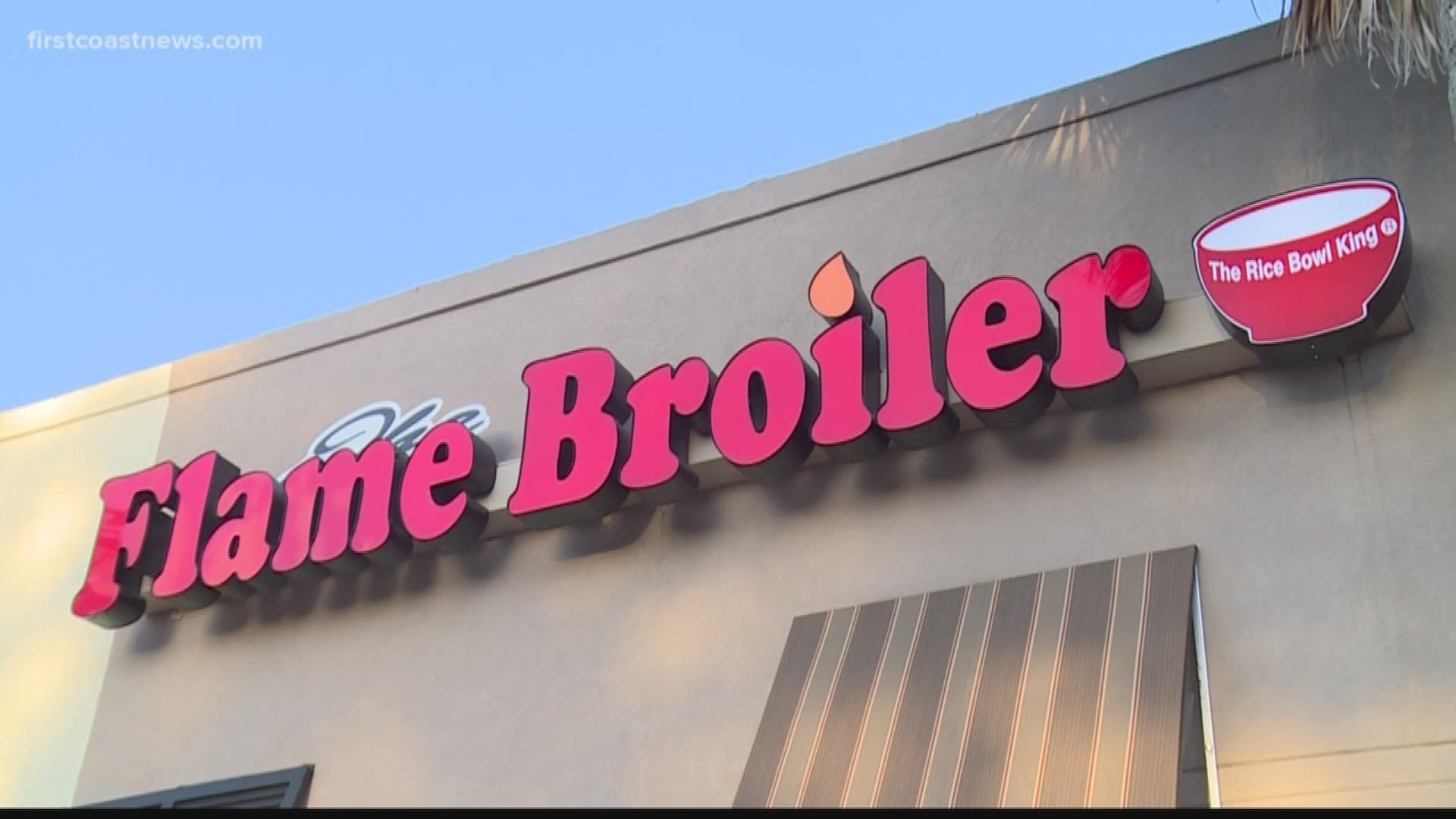 JACKSONVILLE, Fla. — A San Marco restaurant is celebrating its grand re-opening Wednesday after it was forced to shut down twice in four years; the first time from Hurricane Irma and the second from an arson last year.

Now until Saturday, Jan. 18, the Flame Broiler, located at 1539 San Marco Blvd., is offering customers its grand re-opening special of buy one bowl or plate and get another bowl or plate of equal or lesser value for free.

"We are celebrating being back in business," its Facebook event said. "We invite you to see our new look and design! Thank you for your support during our temporary closures!"

Back in September, the Flame Broiler was forced to close after a burglar broke through the restaurant's window and tried to take money from the cash register. The owner, Jackie Grzebin, said when he saw the security cameras, he tried to burn the restaurant's surveillance system.

The fire then spread through the air ducts, causing them to get an entirely new ceiling grid, Grzebin said.

”You put your heart and soul into being a small business owner and that’s everything you know," Grzebin said back in September. "I brought my 7-year old here because he just couldn’t understand how someone would want to do this on purpose."

RELATED: San Marco restaurant forced to rebuild again, this time after a burglary ends in a fire, owner says

The reopening event is going on until Saturday, Jan. 18 at 1539 San Marco Blvd. Their special is buy one bowl or plate, get another bowl or plate for free.