Buffet restaurants survived the shutdown. But can they survive without the buffet? 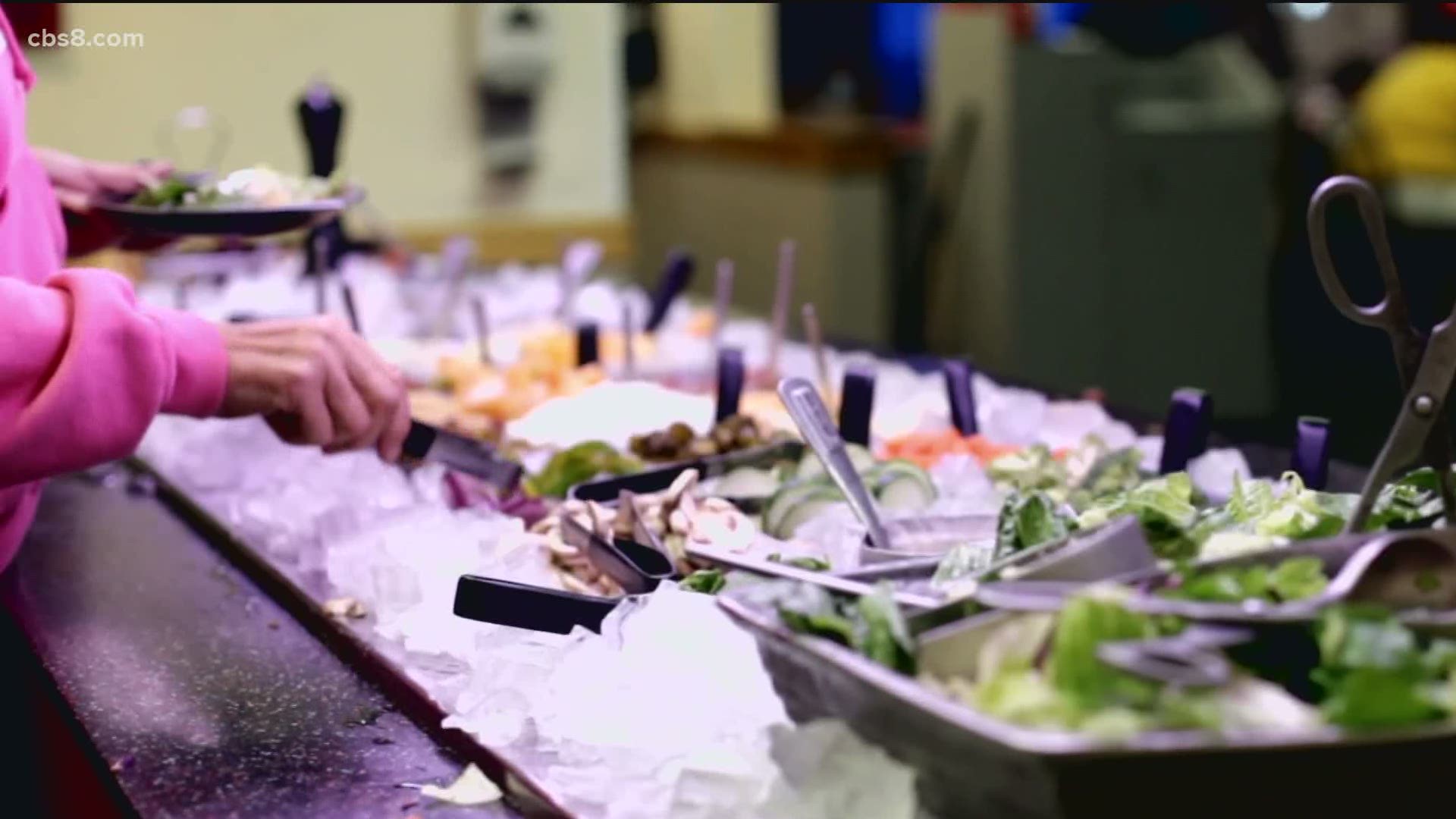 Buffets have long been a Southern tradition, ranging from down-home cafes in tiny rural towns to the sprawling spread billed as an “endless buffet” offered by Raleigh, N.C.-based Golden Corral.

Co-owners Arden and Michelle de Saussure worry the buffet restaurant might have to close its doors permanently because of federal reopening recommendations they and other restaurateurs say unfairly target buffets.

“We won’t survive under those recommendations if they become regulations,” Arden de Saussure said.

Buffet restaurants owned by nationwide chains are in similar jeopardy as the industry works to recover from the shutdown intended to prevent the spread of COVID-19.

To the de Saussures, their restaurant and catering business — 8299 W. Beaver St. in the Marietta community west of downtown Jacksonville — is not only their livelihood. It’s also a longtime lifeline.

The women founded the all-you-can- eat buffet restaurant about 18 years ago after meeting in jail.

Back then, Arden de Saussure was locked up after her ninth DUI arrest, while Michelle de Saussure was addicted to cocaine. Both were determined to help each other “fly straight” when they were released.

Serving up the good, old-fashioned Southern comfort food they each love, they built a cafe and catering business with a loyal following including multi-generation families, truckers, cops, teachers, laborers and even a banker and lawyer or two over the years.

“People need Southern comfort food, and they need to be able to come in and feel comfortable where they’re eating,” Arden de Saussure said.

“People have got to have comfort food. Mentally they are going through a challenge right now financially, mentally, emotionally and comfort food helps you,” she said.

The business, also home to Arden’s Express Katering, its catering company, has weathered hurricanes, the 2008 recession and everyday trials and tribulations of business ownership.

“Our whole life changed on the 20th of March. Our catering business got shut down and our restaurant got shut down,” Arden de Saussure said of the pandemic’s impact.

As the mandatory restaurant shutdown began, the restaurant switched to takeout — selling $10 to-go boxes of food diners selected from the buffet.

“Those $10 boxes kept us alive,” Arden de Saussure said. “Now that they’ve let us reopen for dine-in, we’ve done what we can to make people feel comfortable.”

She said they’ve complied with all the social distancing and occupancy capacity caps as well as enhanced cleaning and sanitizing the restaurant.

“We only allow two people at each side of the buffet at one time” Arden de Saussure said. They change out the serving utensils every 15 minutes.

“We did away with the salad bar, took away the dessert bar and tweaked it all down so we could focus mainly on the customers so they could feel comfortable,” she said, noting they also discontinued some items on the main buffet.

“Some days it’s a little challenging but people wait their turn. They respect that,” Michelle de Saussure said.

Switching to cafeteria-style or family-style might work for big chain buffets like Golden Corral, but the women doubt it would fly at Arden’s.

The women said their restaurant is somewhat small to readily do cafeteria-style. And they question whether customers would feel comfortable with that or family-style.

“We don’t want to be like that,” Michelle de Saussure said. People want to pick out what they want, as much as they want and be comfortable while eating, she said.