The Atlantic Beach hot spot filed for bankruptcy in March, with the owner refuting rumors of a permanent closure, saying they would reopen. Now, we know when. 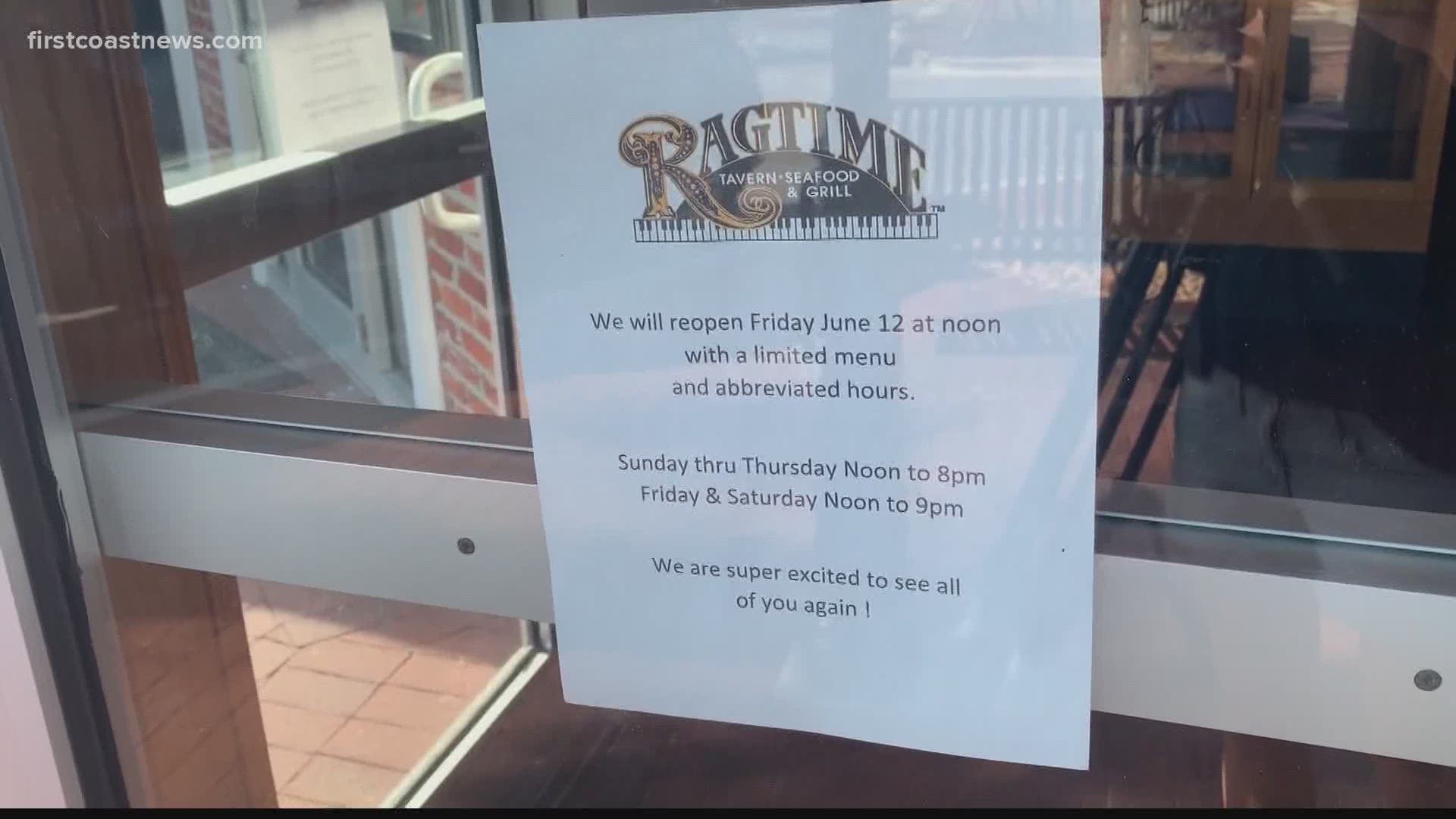 ATLANTIC BEACH, Fla. — Despite rumors in April of its permanent demise, Ragtime Tavern, Seafood and Grill is set to reopen Friday.

Ragtime’s longtime Director of Operations Brian Shaner told First Coast News that being safe and smart about reopening was the restaurant's top priority, so they didn't want to rush it.

He said it was only out of an abundance of caution that RagTime waited until now to announce its comeback.

They will start out with a limited menu and abbreviated hours beginning at noon Friday, June 12. The hours will be from Sunday to Thursday noon to 8 p.m. and Friday and Saturday from noon to 9 p.m.

Executive Chef Scott Welch said he is eager to get back in the kitchen. With nearly 37 years under its belt, RagTime has become a beaches community staple.

"You can look around outside and see people are comfortable, so it’s time for Ragtime to crank it up," said Welch. "Everyone knows your name here, it’s a great place to work and a great place to enjoy food."

The company that owns the Atlantic Beach hot spot filed for bankruptcy in March, with the owner refuting rumors of a permanent closure, telling First Coast News in April they would reopen, but weren't sure when.

When restaurants were permitted to reopen with limited capacity last month, other nearby restaurants at the Beaches Town Center saw steady business as customers were eager to begin dining out again, but Ragtime's doors remained shuttered. At that time, First Coast News reached out to Ragtime to find out if they had an updated timeframe for reopening, but did not hear back.

Craftworks Holdings, the company that owns Ragtime along with A1A Ale Works on King Street in St. Augustine, said the temporary closure was affected by corners they had to cut since filing for bankruptcy in March.

In April, Craftworks Holdings told First Coast News rumors Ragtime would be permanently closed were false. The company's marketing manager said they had to make the difficult decision to terminate its employees rather than putting them on furlough so they would be able to file for unemployment assistance.

"We furloughed employees initially but the way that benefits are set up versus being terminated, it was holding up people's ability to get unemployment," said Josh Kern, chief marketing officer for the company.

Kern said the company planned to offer reemployment to all employees once the business was able to reopen.

Former employees who were hit exceptionally hard during the COVID-19 crisis were invited to apply for assistance on CraftworksFoundation.org.

RELATED: Ragtime Tavern in Atlantic Beach to reopen despite rumors of permanent closure