The building has been empty since 2015. The owners plan to tear it down and rebuild a similar-looking restaurant in the same location. 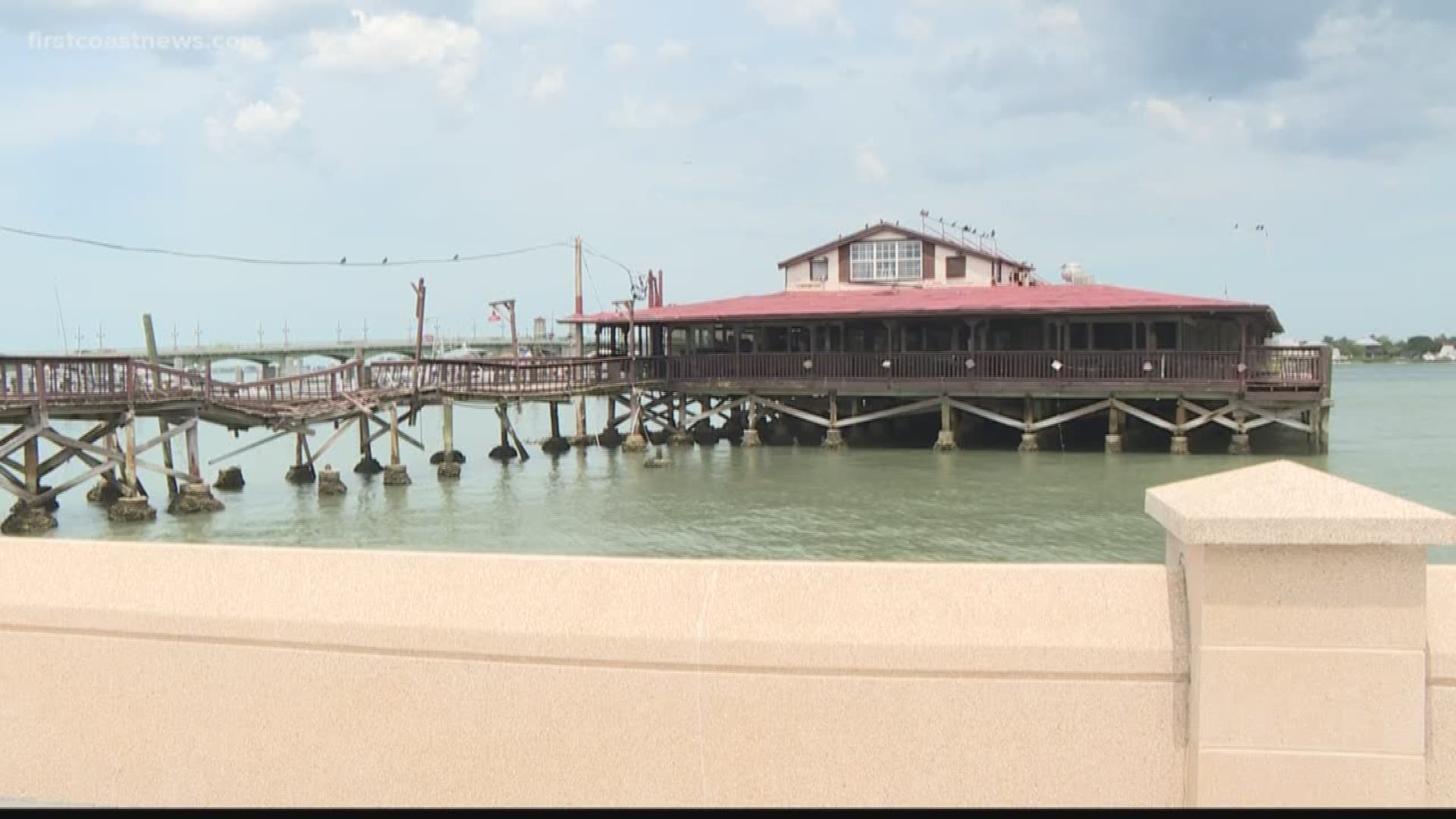 ST. AUGUSTINE, Fla. — The former Santa Maria restaurant has been described by many as an eyesore. Now, the wheels are in motion to deal with the dilapidated old restaurant on St. Augustine's bayfront.

Its owners and the city have gone back and forth about how to rebuild it.

The building has been empty since 2015 when the White family bought the property. They plan to tear it down and rebuild a similar-looking restaurant in the same location.

The family's proposal last year got stuck in procedural issues with the city. However, Regan said, for months now, he's been working with the family to come up with a plan.

One of the biggest issues concerning the city and neighbors was the proposed addition of docks on the restaurant's east side. In a 2018 interview, co-owner Jen White said her family was proposing three small docks.

"It would be just enough for some local residents who want to arrive by boat and not deal with the congestion in downtown, with parking and traffic," she said.

However, the location of those docks did not sit well with captains of large boats and ships which use the St. Augustine municipal marina right next door to the old restaurant.

The Black Raven Pirate Ship staff voiced their concerns in 2018, saying the original proposed restaurant docks would not give boats enough space to maneuver in and out of the marina.

Chase Hawkinson is the Captain of the Black Raven. He pointed to the ship and said, "It's not like a small powerboat where we can just come in real quick and make a turn and come in. We have to give ourselves plenty of room and plenty of time to a lot for changes in the wind and current."

Currently, this ship gets pretty close to the old restaurant right when it leaves and returns to the marina.

The city manager says the new plan calls for the docks off the restaurant to be further south than originally proposed.

"It's a long dock where boats parallel park, so it opens up the maneuverability room," he said.

Hawkinson of the pirate ship is interested to see what those plans look like. They haven’t' been filed with the city's Planning and Building Department yet.

"That being said, we're all for the restaurant being rebuilt. We love it! The crew used to eat there back in the day. It was great!" he said.

In all, the city manager says there's an important reason why he is trying to work out a plan to move forward with the owners of the former Santa Maria.

"We have to take care of our local businesses and our cottage industry and our independent restaurants," Regan said.

The issue of the restaurant's vested rights goes before the city commission Monday.