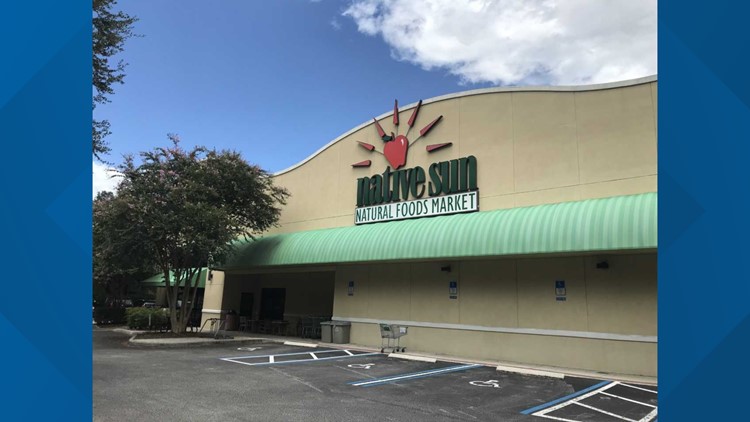 Boasting a grab-and-go deli as well as restaurant, Native Sun Natural Foods Market is reopening its Jacksonville Beach store on Wednesday, Feb. 12 — almost six months since its owner closed all three of the popular organic and natural food Jacksonville shops citing too much competition.

Owner Aaron Gottlieb said the reopening of natural and organic healthy food store and deli at 1585 Third St. N. signifies his renewed commitment to the community.

“When Native Sun opened up, we were here for the community, really to listen to what their health needs were,” Gottlieb told the Times-Union on Tuesday. The goal, he said, is to help people with healthy lifestyle options.

“Traditional grocery stores are there to sell you food, not to sell you a lifestyle and community meeting place. In reopening, we’ve really wanted to make sure that Jacksonville Beach will have a community grocer that can stand alongside traditional grocers and be an asset to the community,” Gottlieb said.

Gottlieb announced the reopening — much anticipated by customers throughout Northeast Florida — with the message: “the sun will rise again” on the store’s Facebook page.

“I’m not opening a chain, nor am I trying to be a chain,” Gottlieb said. When he and his wife opened Native Sun in 1997, he said they believed they were filling a need in the community.

“We felt there was a gap in the ability for people to learn about health and a place where people could get tasty food that was conscious of how it was grown and affects people’s bodies,” he said. “Our goal was to give organics for everyone.”

He noted “when you look at the industry, it would appear to the outsider, if you didn’t know better, that organics are available everywhere.” However, they were frustrated that the quality of organics going into the marketplace varied significantly in products being sold, Gottlieb said.

“There were a lot of products going to the marketplace that used to be about how were they going to fill the void for people’s health. And everything became copycat products out on the marketplace and see how low you could get the cost. Some of that is great,” said Gottlieb, adding that what they learned is when multiple stores are opened, it is difficult to maintain quality in the products and in customer service.

He said their Jacksonville Beach store was growing in spite of the competition, and in comparison to their other Native Sun stores at 10000 San Jose Blvd. and 11030 Baymeadows Road.

Last August, Gottlieb closed all three stores noting the “dramatic increase” in the number of grocery stores in the Jacksonville area — including nine specialty grocers since 2015 — as the reason for the closings.

Two of those specialty grocers — Lucky’s Markets and Earth Fare — announced closures of all or most of their stores nationwide in the last two weeks. The two brands operated five stores in the Jacksonville area prior to their announced closures.

“We were just sitting back holding tight. We believed the market, especially Jacksonville is a place that has community, and communities love having a local grocer and they also like having chains like Publix, which is a great traditional grocer,” Gottlieb said.

“We’ll only be running one store from here on out, but we’re going to put everything we’ve got into it! ... We’re happy to be one,” he said.

The new grab-and-go deli features a large salad and olive bar as well as a selection of soups and many of their customer’s favorite deli foods, Gottlieb said.

“We’re actually converting our deli over to a restaurant-style, which will have separate hours, a separate staff and it’s really about making lunch and dinner a destination for organic food at Native Sun,” he said of one of the store’ major features.

The grab-and-go section will be available all day, while the restaurant will open at 11 a.m. for the lunch and dinner crowd, he said.

Gottlieb rounded up many of his former employees to work at the reopened store, which will have some new products, and will feature a new layout to make it easier for customers to find what they need and want.

The nutrition section will be in the center aisle instead of being segregated in another part of the store. They are training their staff to be “not about selling vitamins, but educating about lifestyle all across the store,” he said.

Gottlieb said their philosophy remains the same as when they founded Native Sun — to serve the community.

“We are extremely excited to be back and part of the Beaches community,” he said.

Click here to read the story from the Florida Times-Union.