COVID-19 pandemic forces closure of Dat L Do Bar B Que and Breakfast Too, formerly the Edgewood Diner in Murray Hill. 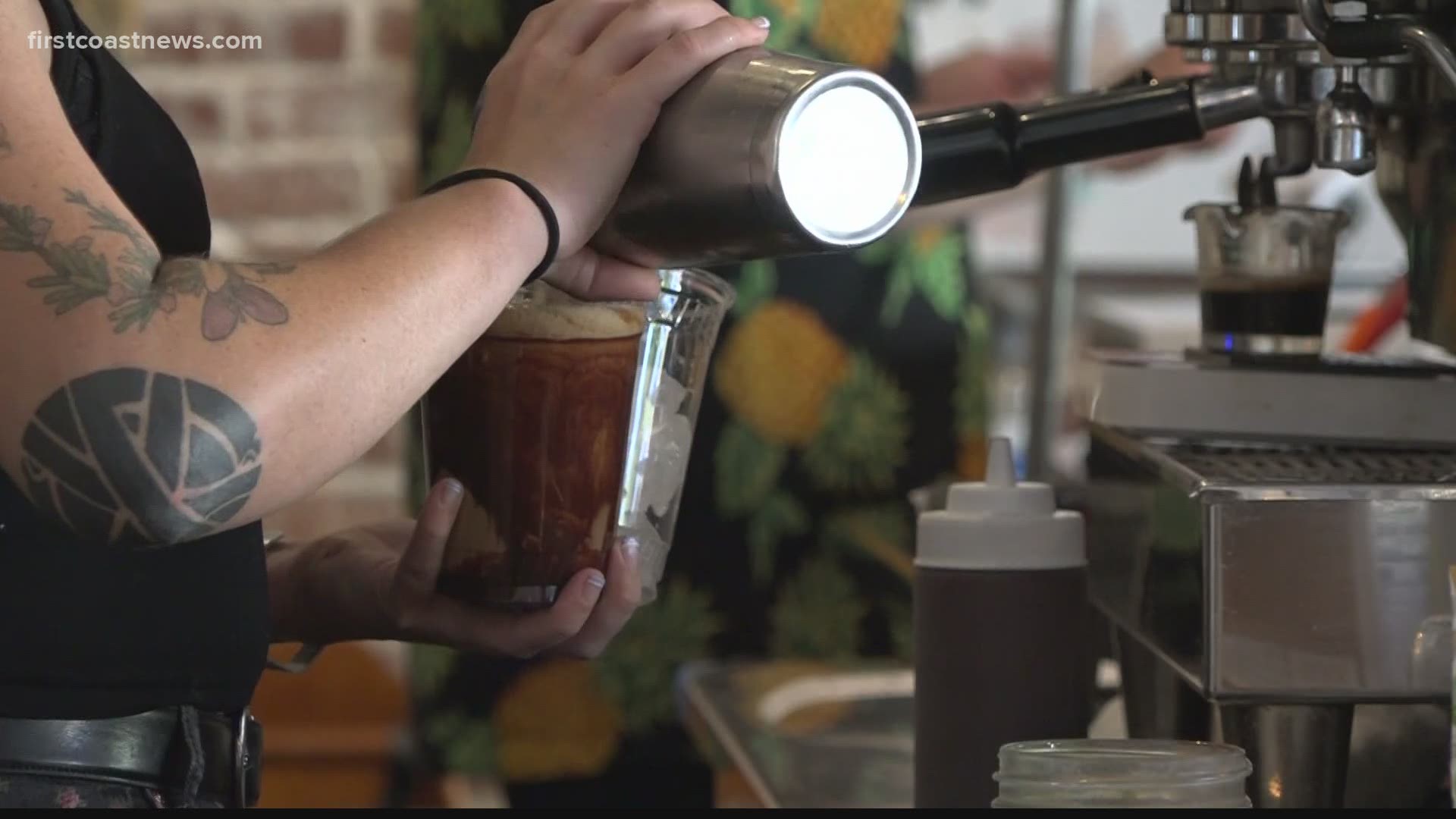 JACKSONVILLE, Fla. — A popular Murray Hill neighborhood diner is the latest Jacksonville restaurant to shut its doors permanently because customers have been scarce due to the COVID-19 pandemic.

Dat L Do  Bar-B-Que and Breakfast Too,  — a breakfast, brunch and barbecue joint at 954 S. Edgewood Ave. in the former Edgewood Diner spot — closed Nov. 29 after five years in business.

Owner Rich McCann told the Times-Union that he kept the 65-seat eatery open as long as he possibly could but the pandemic made it impossible to go on.

"We made money in January and February then we $5,000 a month. I ran out of money so that's why I had to close down. It was because of the pandemic 100 percent," McCann said Sunday.

"I've been putting money into it for the last three months and we just could not get sales back up above 50 percent," he said.

To make matters worse, he said an employee stole $2,000 from the business. McCann said the suspect couldn't be prosecuted because there was no video or other definitive proof that the person took the money.

"That was it. I just couldn't take it anymore," said McCann, a veteran restaurateur who owns three other eateries in Jacksonville and St. Augustine.

"We tried. We even changed the concept to barbecue trying to be more takeout friendly because breakfast is not a huge takeout thing. So we added barbecue. But it never took off either," he said. "It's just a tough time for everybody."

The owners and names have changed over the years, but a restaurant has been at that location for about 50 years, McCann said.

It was the Crazy Egg from 2010-15. Then McCann and his ownership group, McCann's Diners, acquired the restaurant and transformed it into Edgewood Diner. Initially, it focused on breakfast and lunch.

The diner has been a go-to for neighborhood residents and other loyal customers over the years.

"It wasn't anything fancy, you know. Just your basic grits, eggs and bacon. Stuff that fills you up for the day," said Dorothea Thibodeaux, adding before the pandemic she sometimes brought her grandson to the diner for a breakfast waffle.

McCann said the restaurant had a pretty good following until the pandemic, but "unfortunately it was an older crowd and they didn't feel safe coming out, and I get it."

Jacksonville restaurants have been among the hardest hit by the pandemic with its mandatory statewide shutdown, occupancy caps and social distancing precautions intended to reduce exposure to the virus.

Some restaurants have been wary of reopening at full capacity although the state has lifted its capacity limits.

When he closed, McCann said he paid the employees an extra week's salary. He's been trying to help some find other jobs.

Still, the closure just a few weeks before Christmas hurt.

The situation prompted a loyal customer — Shane Lantz — to launch a GoFundMe online account to raise money to help Dat L Do's unemployed workers. Started on Nov. 28 the fundraiser had $805 of its $1,000 goal as of Tuesday morning.

Lantz, a server at another Murray Hill restaurant nearby, said he felt compelled to help if he could because he knows how hard it already is during the holidays. His colleagues at Dat L Do were told the evening before Thanksgiving that the restaurant was closing, he said.

"It seriously hurt me inside that they didn't get that time with their families to be thankful," Lantz said. "They all have kids and families that they work hard to support."

When some of Lantz's customers learned he started the fundraiser, they contributed a total of $250.

"I don't cry but seeing that donation and thinking of being able to hand those ladies [Dat L Do waitresses] more than I was expecting to ever be able to, brought tears to my eyes," he said.

The contributions have continued to come in.

"I honestly never expected any of this. It still tears me up when I think of how happy their kids are going to be on Christmas, Lantz said of the Dat L Do servers.

Chairs are stacked upside down on the tables, and kitchen equipment sits idle inside the restaurant that might not be closed for long.

McCann said it's possible a new eatery could go into the space. The building's landlord told McCann that he's already had another person inquire about the space, he said.

"I think it will probably reopen again real soon. And if it's still available in three or four months and things get better we may reopen it again too. But we can't continue to lose that kind of money every month," McCann said. 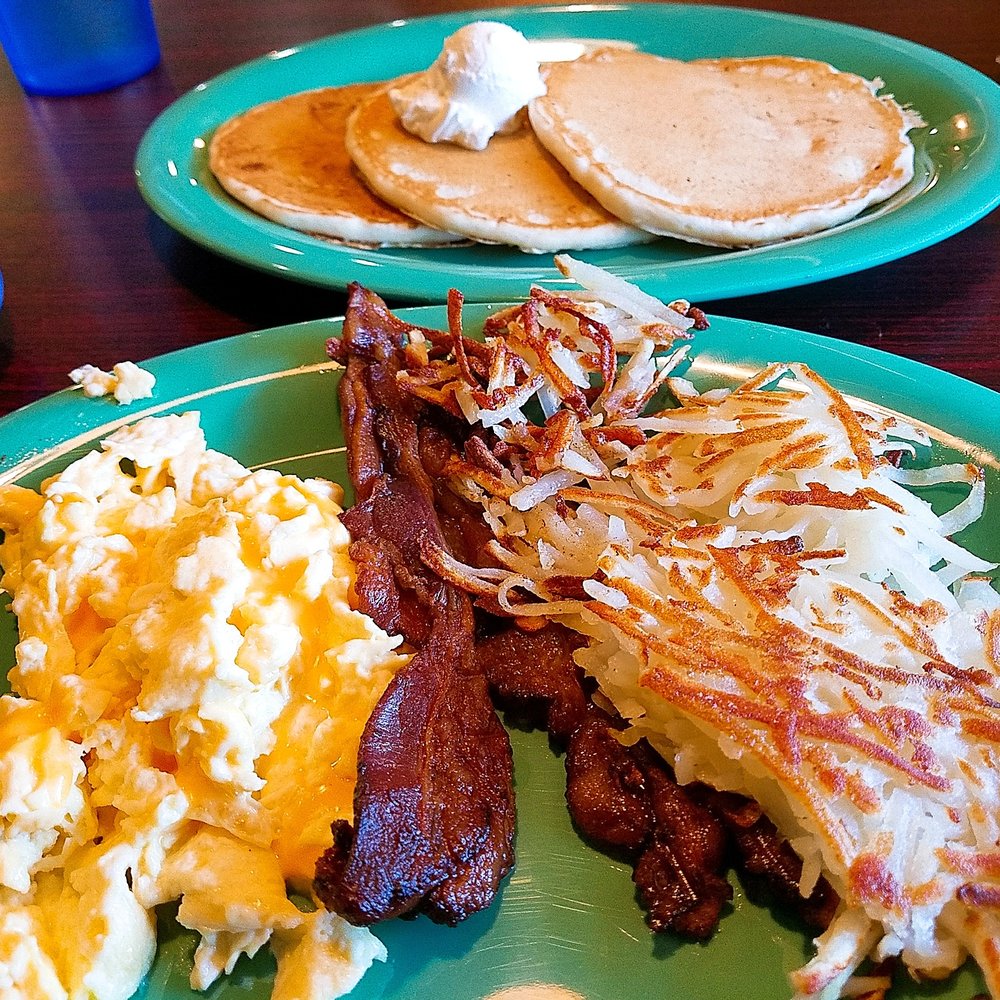 Dat'l Do photos
Photo of Dat'l Do - "I'm a happy girl finally got my pancakes, scrambled eggs with cheese and bacon and tossed hash browns in for good measure." - Jacksonville, FL