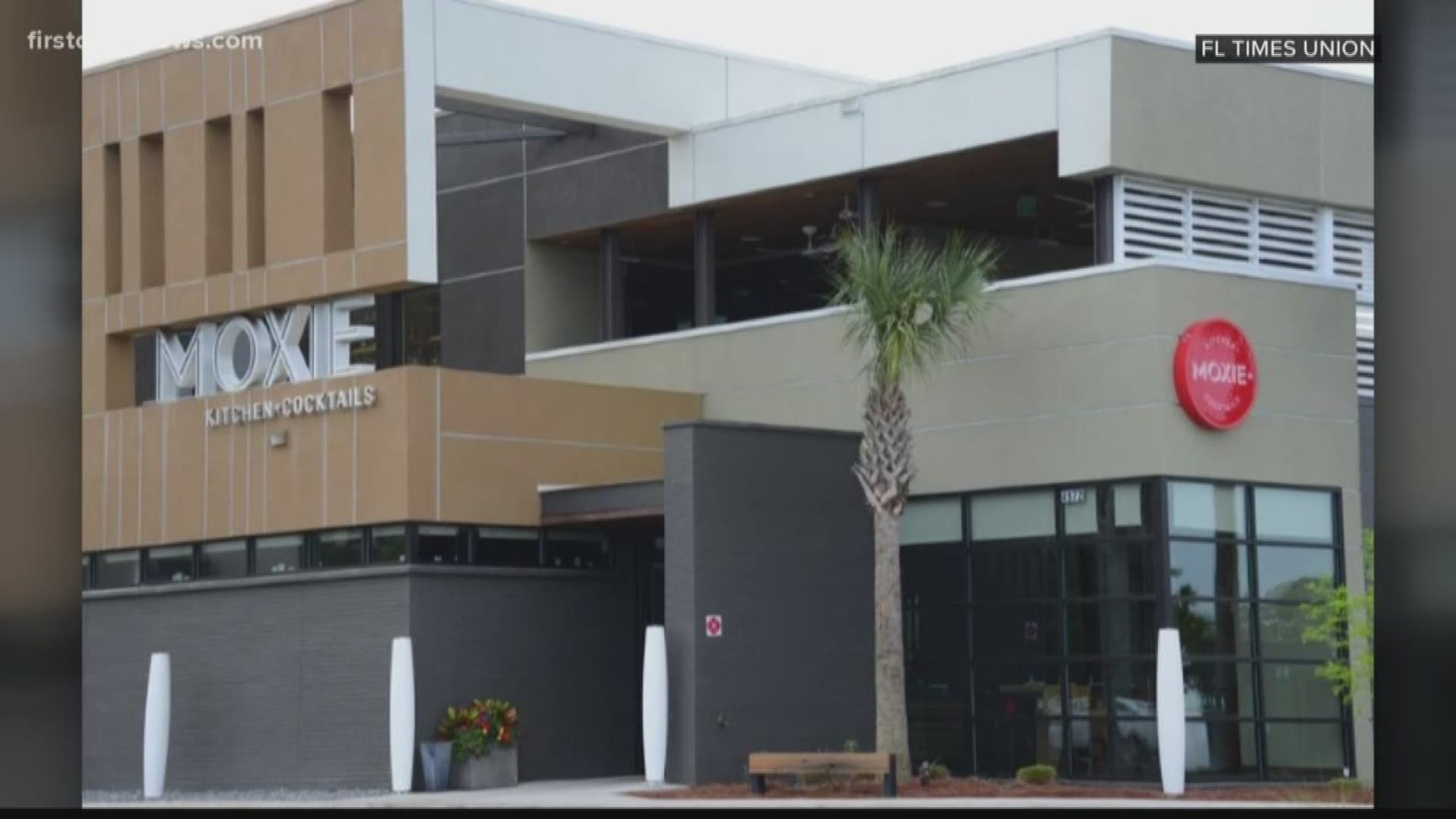 Chef Tom Gray doesn’t believe in resting on his laurels.

Creativity and innovation are as big an element of the Jacksonville chef’s menu at his flagship restaurant — Moxie Kitchen + Cocktails — as its freshly made, from-scratch dishes featuring locally sourced and artisan ingredients.

Moxie Kitchen has showcased Gray’s personal interpretation of contemporary regional American cuisine in the six years since he and his wife and business partner, Sarah Marie Johnston, opened the restaurant at the Markets at Town Center on the city’s Southside.

The restaurant, at 4972 Big Island Drive, has earned accolades for its cuisine, as well as a loyal following of diners and a reputation as “the premier local restaurant” at the Northeast Florida regional shopping center.

So, when a Canadian restaurant chain with an earlier registered variation of the name “Moxie” decided to expand into Florida, it could have been a debacle.

But Gray and Johnston saw it as an opportunity to introduce a new restaurant concept reflecting his passion for Italian cuisine.

Moxie Kitchen is transforming into Prati Italia, which Gray and Johnston plan to open in mid-January 2020.

Prati Italia will focus on pasta made from scratch and homemade bread, as well as Roman-style pizzas, red and white sauces, meatballs, sausage and Italian-inspired desserts from their pastry chef. All will be made in house with fresh and artisan ingredients, he said.

Gray said the restaurant will definitely offer stuffed pasta, such as ravioli, agnolotti and even lasagna. There also will be cut pasta like fettuccine for shrimp in lobster sauce. And spaghetti and meatballs with homemade meatballs and spaghetti. Gray said.

“We want it to be fun, approachable. The kind of place you bring your family, you come often and with good pricing,” said Gray, who anticipates pasta dishes ranging from $9 to $18. Gray’s special dishes such as his oxtail ragu also will appear on the menu, he said.

Meanwhile, Moxie Kitchen remains open. It will continue its regular lunch, brunch, dinner, and happy hour service through the end of the year.

On Jan. 1, Gray, Johnston and their team will begin transitioning the restaurant into Prati Italia. All Moxie Kitchen gift cards will be honored at Prati Italia in 2020, they said.

A Jacksonville native, Gray learned to cook as a child — often making meals as a way to help his parents who both worked. At 17, he learned to make pasta and bread from scratch when he got a job at a local Italian restaurant.

“It is fascinating how you can take two or three simple ingredients like flour, water and eggs and transform them into a dish that is comforting and craveable,” Gray said of his passion for pasta dishes.

When Prati Italia opens, it will offer lunch Monday through Saturday, Sunday brunch, and nightly dinner with daily happy hour.

Gray, who describes himself as a “glass half full kind of guy,” said the branding issue was a catalyst for a new concept he’d been mulling for awhile. Johnston said it also was a chance for him to introduce cuisine that he loves to his hometown.

The new restaurant’s name is inspired by the Prati neighborhood of Rome — which they said is known as a sophisticated, stylish and food-centric area reflecting the charm and charisma of Rome.

Prati Italia will feature a contemporary menu of handmade pastas, Roman-style pizzas and artisan cocktails. All will be prepared, they said, with close attention to the flavors of the ingredients.

Roman pizza has about a 1-inch tall crust, but isn’t thick, deep-dish style or cracker crust thin. It’s a versatile crust that can handle tomato sauce, as well as lighter, olive oil pizzas. It will be cooked in a deck oven they are bringing over from Italy, he said.

Gray said he wants people to enjoy the flavors that have inspired him.

“When I first enjoyed Roman-style pizza, which is generally baked in square pans and sold in square slices, I was hooked,” he said.

“It should be evident to the guest, ’Wow, this tastes unlike any other pasta dish that I’ve had,” Johnston said.

“It’s like a layer of flavor as you build the dish,” she said.

Her forte, she said, is working behind the scenes — handling marketing and community relations. She and Gray are founders and co-owners of CuliVino, restaurant management and consulting firm.

Both said they want Prati Italia to have the same warm, welcoming hospitality and charm of Jacksonville’s much-loved neighborhood restaurants. Like Moxie Kitchen and Town Hall, they also want it to be part of the community.

“What I enjoy as a restaurant owner is looking into a dining room and seeing guests enjoying all the things that we’ve put together,” Johnston said. “Whether it’s from the kitchen or the cocktails, the clinking of the glassware or the silverware and the laughter of the guests enjoying themselves. ... That to me is the magic of the restaurant.

Gray said their culinary team, servers and bartenders will remain the same as at Moxie. The restaurant and the CuliVino team also will work again with ai3 an Atlanta-based design firm, to determine the necessary interior and exterior renovations to the restaurant building.

As planned, the restaurant redesign will include updated features intended to enhance the guest experience. Those changes will include improved soundproofing in the first-floor private dining area. Colors and decor will be freshened to support the new Italian concept,

“We’re very excited about it. I can’t wait for the pasta machine to be here, and get the pizza oven in place,” Gray said.