Island Wing Co. is opening its first Jacksonville eatery after spending nearly half a million dollars renovating the former T.G.I. Fridays in Tinseltown. 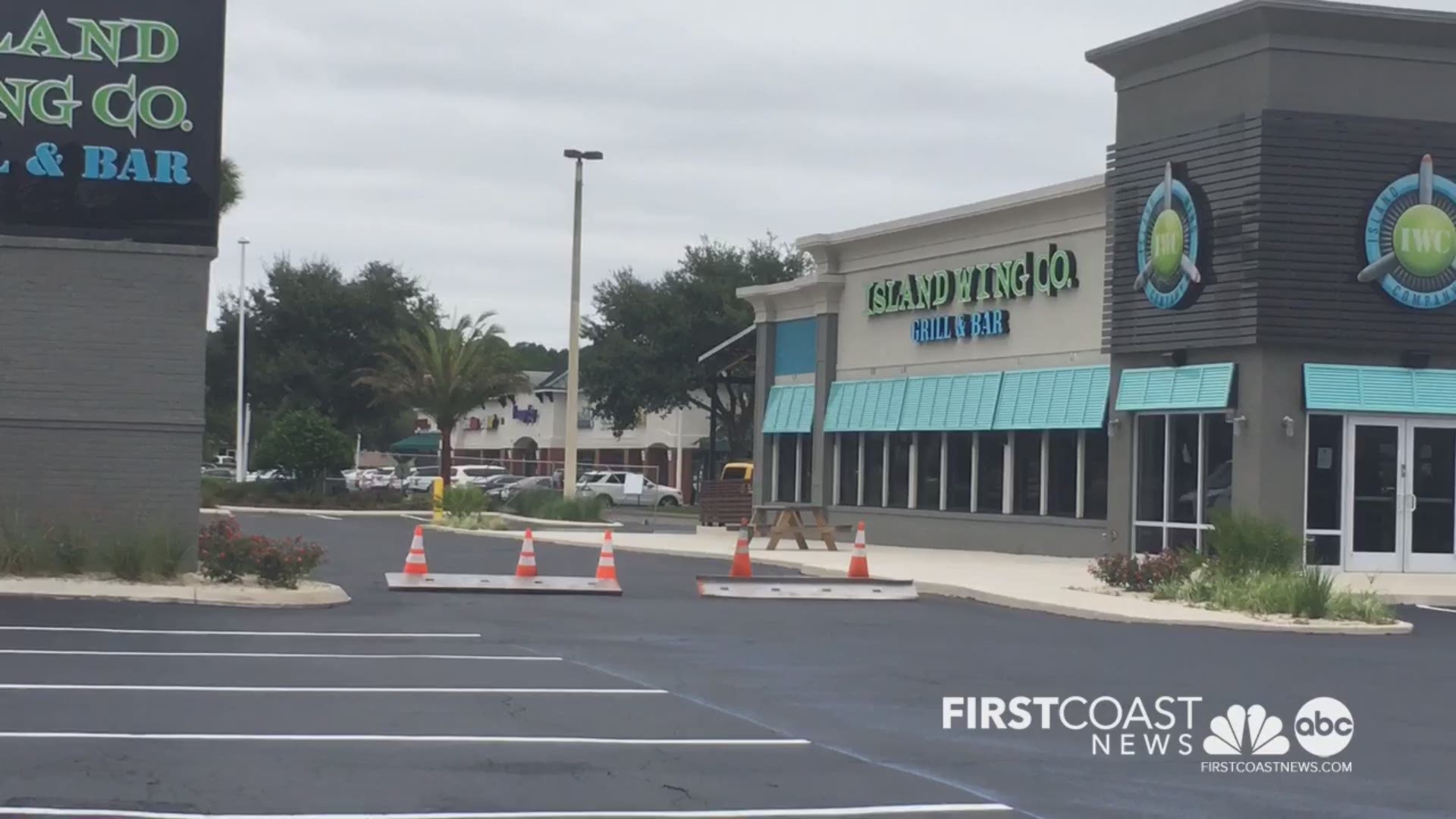 Island Wing Co. is about to unveil its first Jacksonville location. The Destin-based restaurant chain is opening in the former T.G.I. Fridays spot near Miller's Ale House in the Tinseltown area of Southside.

On Friday, the parking lot remained fenced off, but a lot of activity was taking place inside the 7,700-square-foot building, while all of the large screen TVs were ablaze on the refurbished patio.

Jacksonville will be the company's seventh Florida restaurant and plans to open in November, according to its website. They also operate three in Alabama,

Island Wing Co. shelled out close to a half million dollars for renovations of the former T.G.I.F., according to a report in the Florida Times-Union.

Don't look for any fried food here. Island Wing's slogan is “Get Baked, Not Fried.” Reviewers praise the chain's crispy baked chicken wings, tenders and dozens of sauces. The restaurant also boasts other grilled options, such as burger, tacos, vegetarian selections and a full-service bar.