How you can help | Jacksonville restaurant owners, their 17-year-old son all battling cancer

Owners of Magnificat Café in Downtown Jacksonville, and their 17-year-old son, are all battling cancer. Farah & Farah wants to match up to $10K in sales next week. 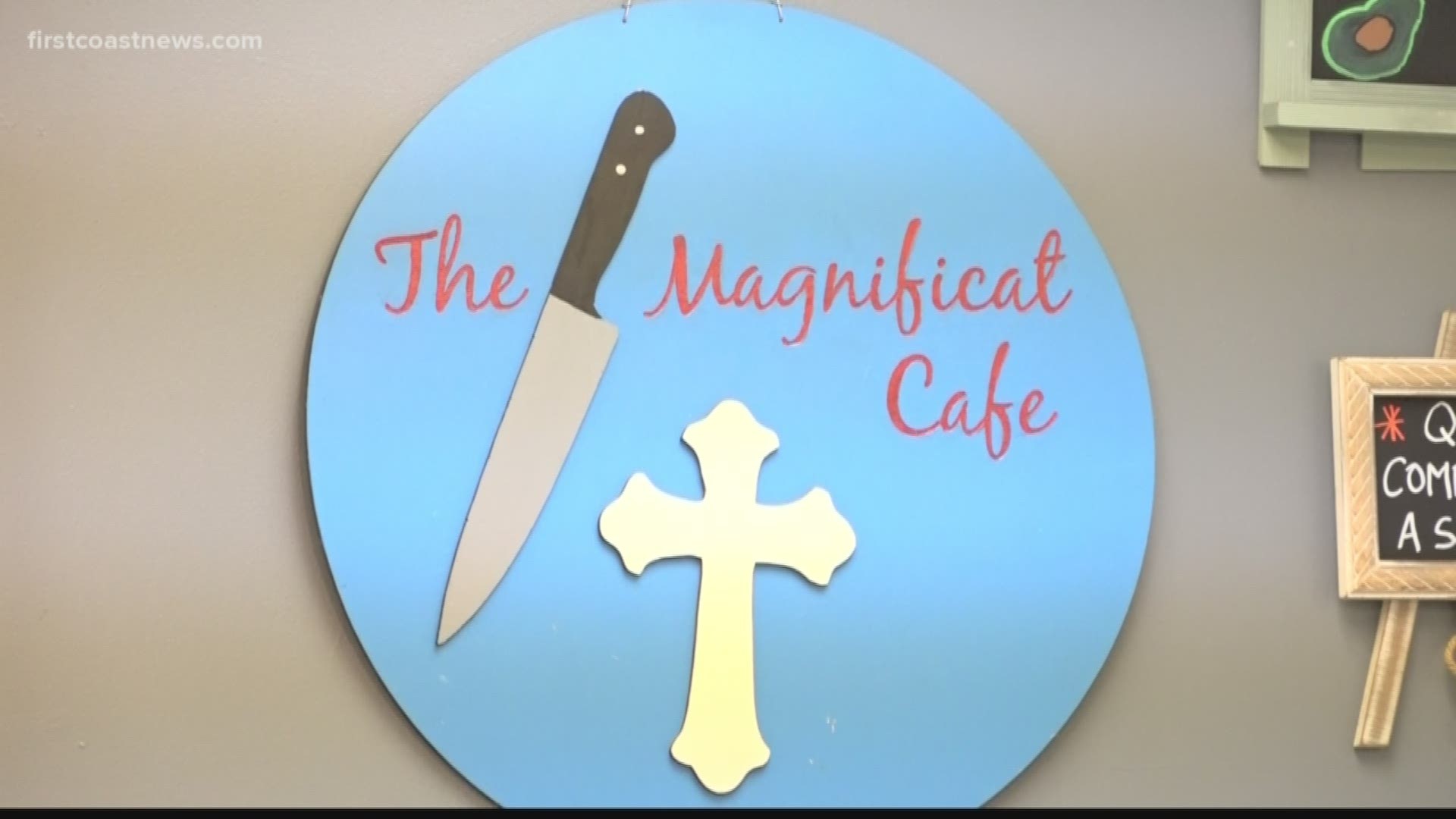 JACKSONVILLE, Fla. — Members of the community are stepping up after hearing that the owners of the Downtown Jacksonville restaurant, Magnificat Café, are being forced to put their beloved French restaurant up for sale as the entire family battles cancer.

"'This is it,' that's the first thing I thought," Kathy Desclefs said. "I had Hodgkin's Lymphoma 26 years ago. So getting another cancer after that and getting older you feel like your chances are a lot less."

Back in 2015, Kathy Desclefs was diagnosed with cancer for the second time. This year, it appears things have only gotten worse.

"It's intense, it's been rough for him," she said. "He was in the ICU over the weekend."

The Magnificat Café is located in Downtown Jacksonville at 231 N. Laura St. It's been the family's main source of income for the past 16 years, but due to their health, and rising medical bills, they've been forced to put it up for sale.

"But now, it's at the point where we can't have the energy to do it, we need to think about alternative solutions for income," Benoit Desclefs said.

After hearing the news, the community is stepping up to help. Jacksonville attorneys and frequent customers of the Magnificat Café, Chuck and Eddie Farah, have launched a campaign to help the Desclefs during their time of need.

"It's always a joy to go in there and have lunch with them and we were just shocked when we heard the news," Chuck Farah said. "They are our neighbors and they need help. They are apart of Downtown and they have been there a long time and they work hard and they deserve help at this point and time."

The couple said they are grateful for the community's support and they are relying on their faith to help them overcome this hardship during the holidays.

"It's a struggle, it's a challenge but it's a blessing in a way because we feel the love of everybody in a circle and we can see the lights at the end of the tunnel,"
Benoit Desclefs said.

A support page has also been created to give monetary donations.