Fry it up! First Coast Foodies chows down with Two Cooking Cousins

Gary Nath and Robin Toomer are the brains behind the delicious baskets of chicken, shrimp and fries. 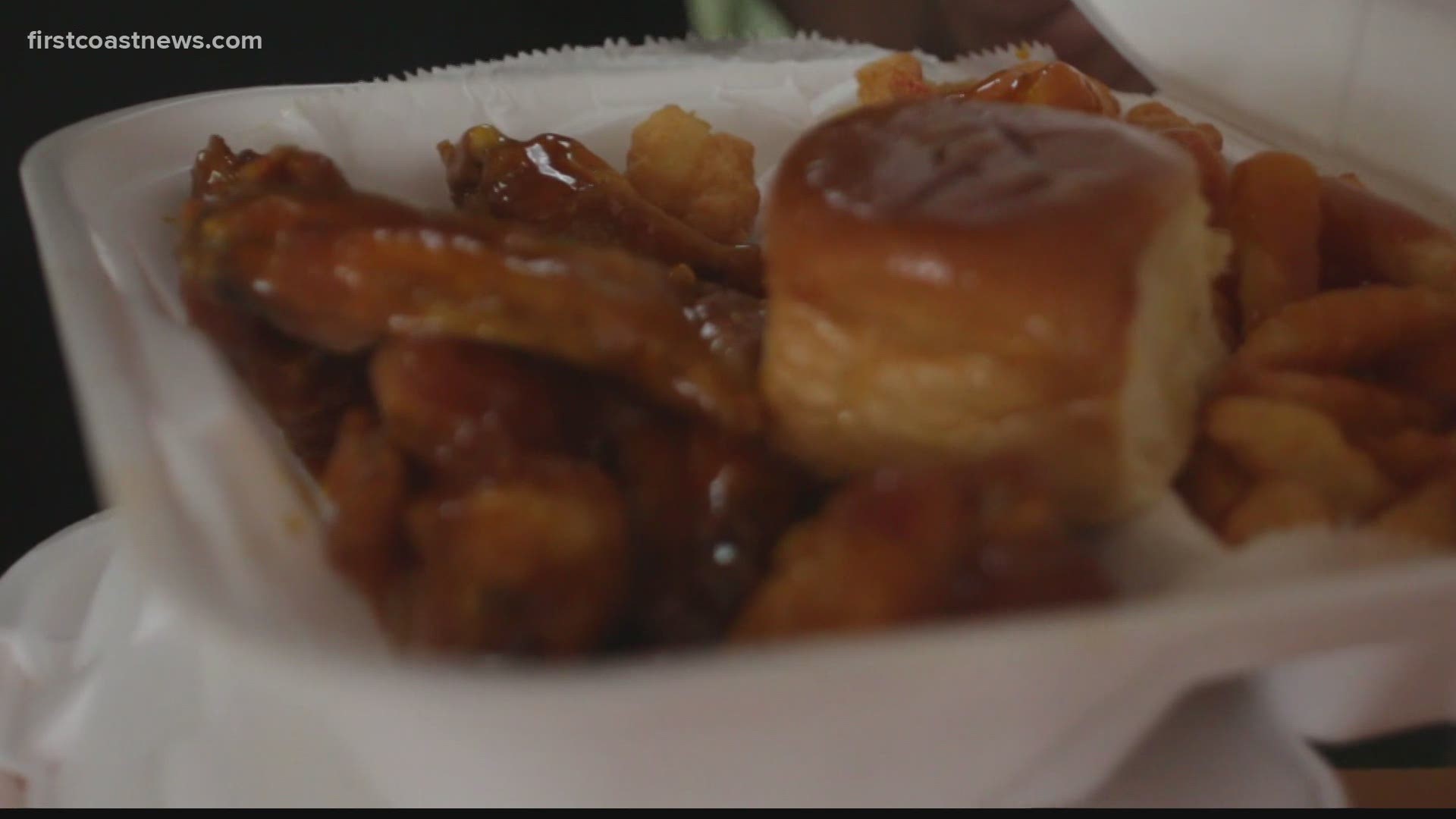 Those are the words that greet you on a sign in the North Jacksonville eatery where two cousins fry it up and 'homemade' is the name of the game.

Gary Nath and Robin Toomer are the two cousins at Two Cooking Cousins with secret recipe punches and sizzling baskets of chicken, shrimp, and fries.

"All of our sauces is homemade, desserts homemade, tartar sauce homemade," said Toomer.

It's fast, fried, delicious, and yup, homemade at their spot at 1807 West 45th Street in Jacksonville.

"The most popular I think is the strawberry brownie and sweet potato pies," Toomer said.

"The five wing and five shrimp because you get the best of both," added Nath. "You get your seafood and you get your chicken."

Let's just say these two know about serving up a lot of options. The framed pictures on their wall with a few dozen people in them are not class photos.

"You have a big family!" said First Coast Foodies.

"That's only half," said Toomer about the picture. "My grandma had 13 kids, ten girls and three boys."

A family always has its secrets. Here, it's the recipe for 'Cuz Punch.'

"It's our special punch I came up with, but I can't tell the secret," said Toomer.

What's not so secret is how it goes working with the fam.

"Between us?" Nath asked, eyes widening.

"Oh my God," laughed Toomer. "You really want to know?"

"We're always... see Miss Anna?" Nath laughs and points to a customer on the other side of the room nodding her head. "We're always fussing and fighting with each other, but it's love, it's only love."

"Thank you everybody for your business and giving us the opportunity to feed you all on a daily basis," Toomer said.

See the menu and location for Two Cooking Cousins here.

This month on Fridays First Coast Foodies is highlighting some favorite Black-owned restaurants on the First Coast.

TAKE A BREAK from refreshing your election results! FOODIES, come fry it up with us at Two Cooking Cousins where "it ain't food if it ain't fried!" On #GMJ at 6:20! @FCN2go pic.twitter.com/MyfCIXKxfB