Celebrate 'Gelato July' with a free scoop every Wednesday

Peterbrooke Chocolatier is giving out one free scoop of gelato every Wednesday during the month of July as a thank you for guests who support their business. 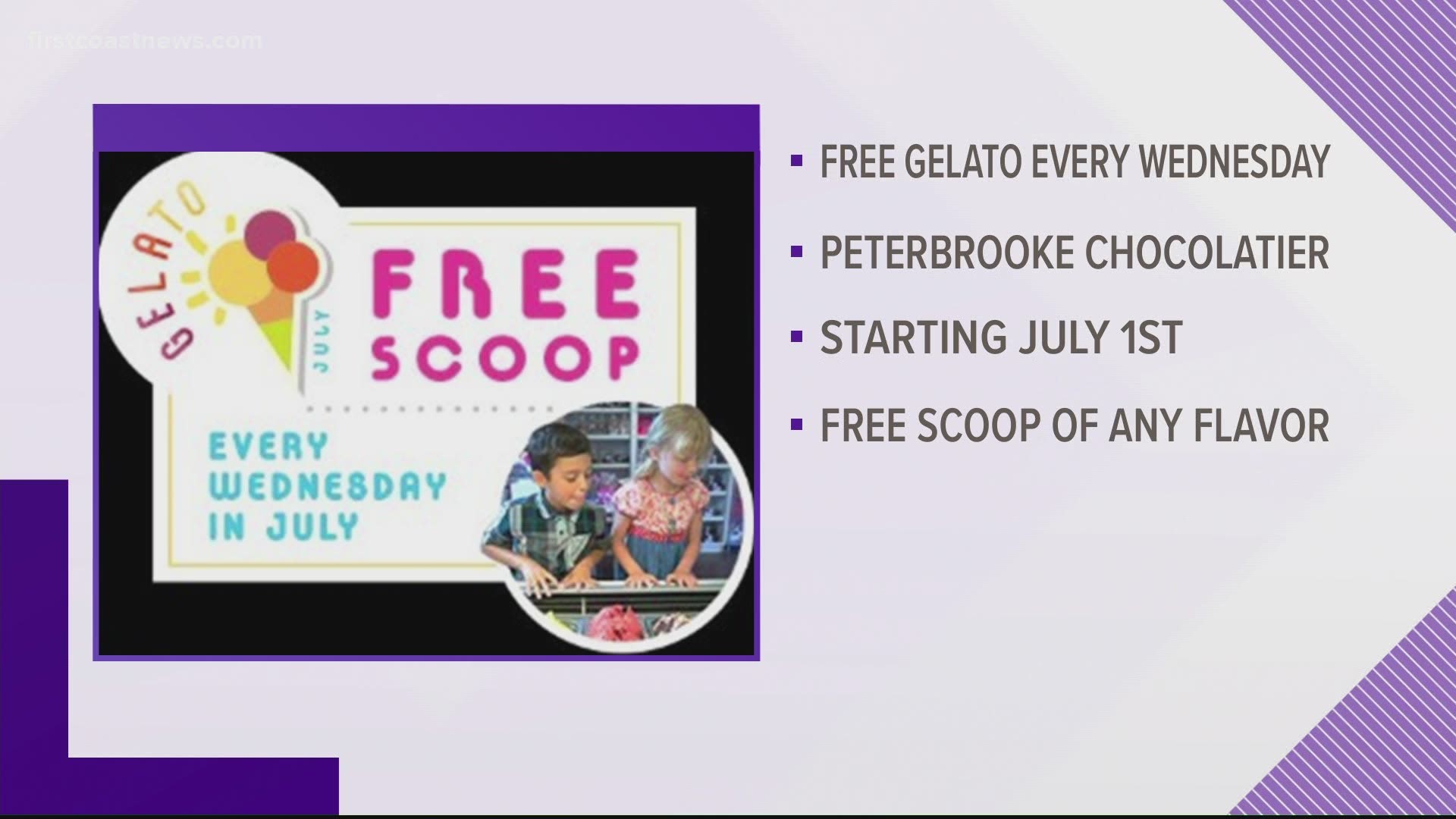 What goes better with July's sweltering hot temperatures than a scoop of cold, decadent gelato? How about a scoop of that gelato -- for free!

Every July, Peterbrooke Chocolatier offers a free scoop of gelato to customers on Wednesdays throughout the month, aptly known as Gelato July. Starting July 7, the lines are expected to be long at more than 15 locations across the First Coast.

"It's one of Jacksonville and the Beaches' most highly anticipated events every summer because, well, who doesn't love cold deliciousness for free?" says a news release announcing this year's promotion.

Every guest can get a free sample scoop of Peterbrooke's handcrafted, premium Italian-style gelato each Wednesday throughout the month, on July 7, 14, 21 and 28. It's a thank you for guests who support the Jacksonville-based business, the release says.

"We began the promotion years ago and it was an immediate hit," Peterbrooke COO Jeff Smith says in the release. "Gelato July has become as synonymous with Peterbrooke as our chocolates."

Depending on the location, all Peterbrooke shops across the First Coast offer anywhere from 12 to 18 flavors, including strawberry, chocolate chunk, banana, caramel praline, Tahitian vanilla, chocolate decadence, mango and others. The free Gelato July scoops are only available in a cup, but guests who want to buy a serving can get them in waffle cones, cups and milkshakes where available, along with adding a wide variety of toppings.

Peterbrooke's first shop opened in Jacksonville's historic San Marco neighborhood, and the company has now expanded into more than 20 locations throughout the Southeast, including Florida, Georgia and Alabama.

RELATED: FREE gelato every Wednesday in July at these First Coast shops

RELATED: This Jacksonville company will dip your beer in chocolate