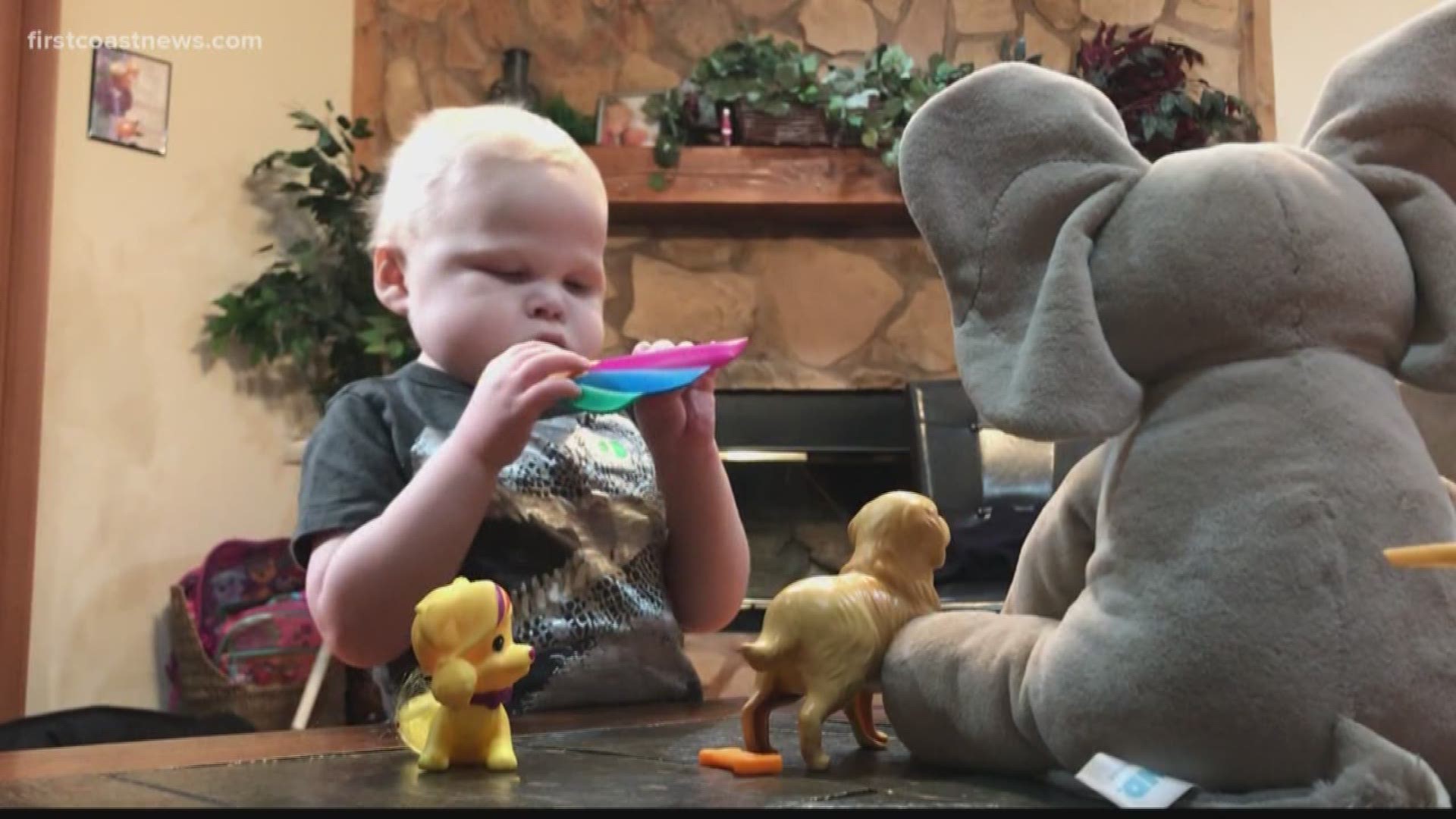 Food trucks from all over Jacksonville will be gathering in Mandarin this Saturday to take part in a fundraiser for a 3-year-old Jacksonville boy in desperate need of a liver transplant.

First Coast News first introduced you to Bentley Bullard back in March. Bentley suffers from a rare metabolic disorder, Propionic Academia, which affects his liver and causes serious health problems and potential brain damage. He's the only child in Jacksonville who suffers from the disorder, said Larry Lawson, Bentley's grandfather.

"The doctors believe a liver transplant would give Bentley a life expectancy past 11 years," according to his donation page set up by Children's Orange Transplant Association (COTA), the non-profit organization that is assisting Bentley's family. "A new liver gives Bentley a chance to have a closer to normal life. It can help with brain development."

On Saturday, around 10 different food trucks are teaming up with COTA to take part in a food truck rally fundraiser set up by Lawson from 4 p.m. to 8 p.m. at 9600 San Jose Blvd. Any funds raised will go toward Bentley's transplant-related expenses, Lawson said.

Lawson is the owner of the food truck, Rite on Que, which specializes in BBQ and southern comfort food.

"Our brisket is our number one seller and we serve it in two different ways," Lawson said. "We serve it regular and the Mac Daddy Brisket, where we put mac and cheese on top."

He said in addition to Rite on Que, the following food trucks will be at the rally:

There will also be other fun events such as live music, a kid zone with a bounce house, face painting and rock painting.

"My wife came up with the idea of rock painting," Lawson said. "They can paint inspirational messages, set up a rock garden for Bentley."

You can also donate to Bentley here.