This month your mouth will be watering as we feature food from some favorite Black-owned restaurants on the First Coast. 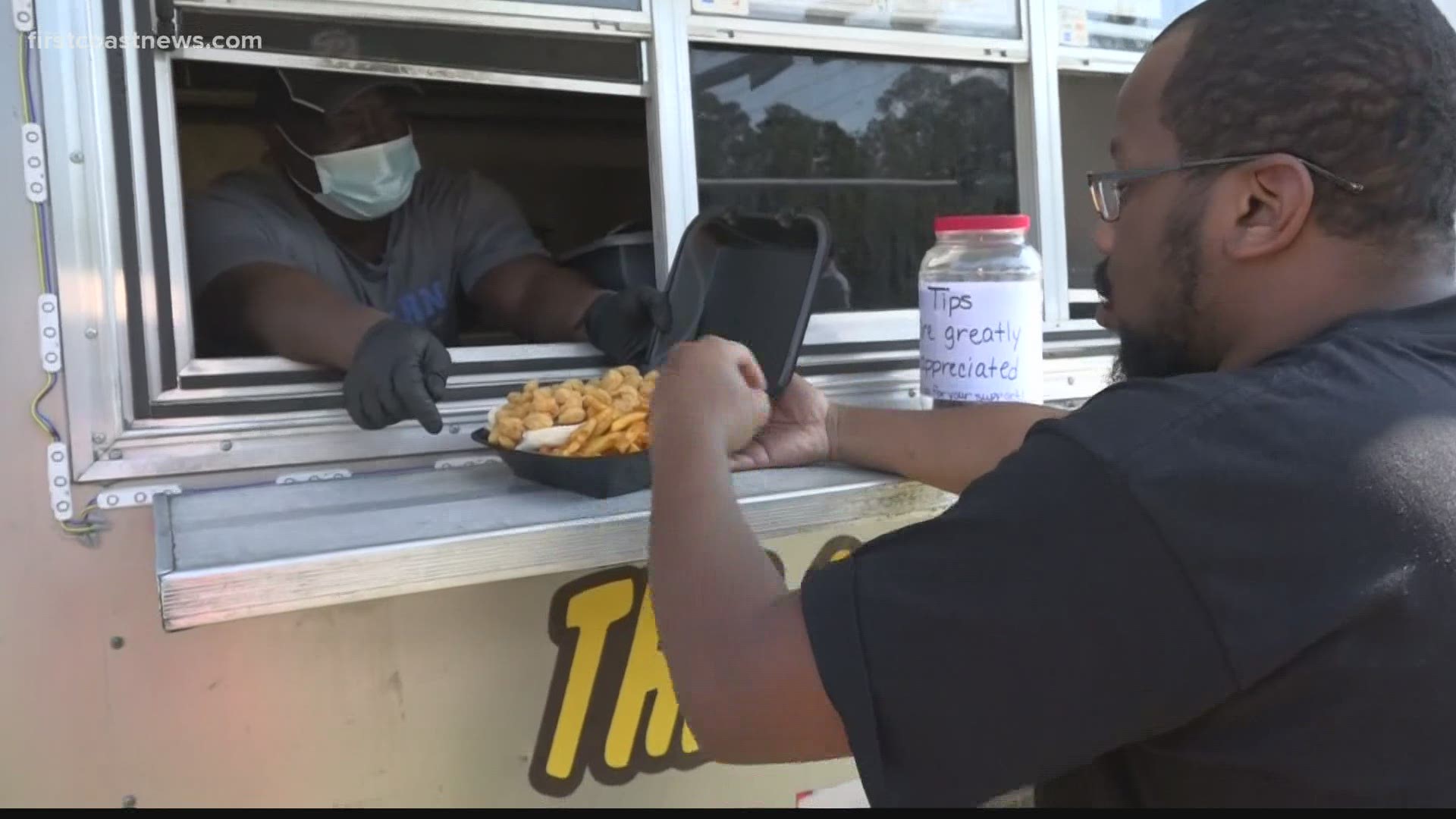 This month your mouth will be watering as we feature food from some favorite Black-owned restaurants on the First Coast. Up first is some Louisiana cookin' in the Sunshine State at The Gumbo Man food truck.

Jeff Lavender is The Gumbo Man! Get ready for big bowls of gumbo, shrimp po boys that don't fit in your mouth, crawfish fettucine and a big Sunday dinner.

"I got gumbo, a lot of days I have etouffee, on Sundays I do dinners," Lavender said. "When I grew up in Louisiana, those Sunday dinners my mother would come home and cook for us."

Four years ago, Lavender and his family's lives changed. He left his corporate job and started working for himself with his family, doing what he loves: putting smiles (and gumbo splatters) on faces with his cooking.

"I used to bring gumbo to work and just give it away, give it away," he said. "And then my son playing sports, the timing didn't mix as far as going to my son's game and work so I had to come up with something."

Yep, the Gumbo Man didn't have enough time with his gumbo fam. So...

"I was like, oh man there ain't no way I get no food truck, I don't have that kind of money," said Lavender.

He found a way.

"Voila!" he said, gesturing to his food truck. "You'll never get that time back with your kids growing up and I don't want to miss that."

Lavender gets some of the ingredients he doesn't make straight from Louisiana. When First Coast Foodies asked one customer his favorite food he named four different things.

"Cause it's hard to decide!" the customer said.

You know we Foodies had to try the giant Gumbo Man shrimp po boy. Try not to drop shrimp everywhere taking that giant first bite!

It's a bite full of comfort and sure to almost make you believe you grew up in Louisiana having your mom cook Sunday dinners for you too.

"Another satisfied customer!" Lavender said, giving a thumbs up.

The Gumbo Man is a meal on wheels. Find out where to catch him and his shrimp po boys on his Facebook page here.