Treylor Park, which is popular in Savannah, is having a soft opening Saturday, July 7 at 6 p.m. to 10 p.m. in the Nocatee Town Center where it will serve free food, but folks attending would have to pay for drinks. 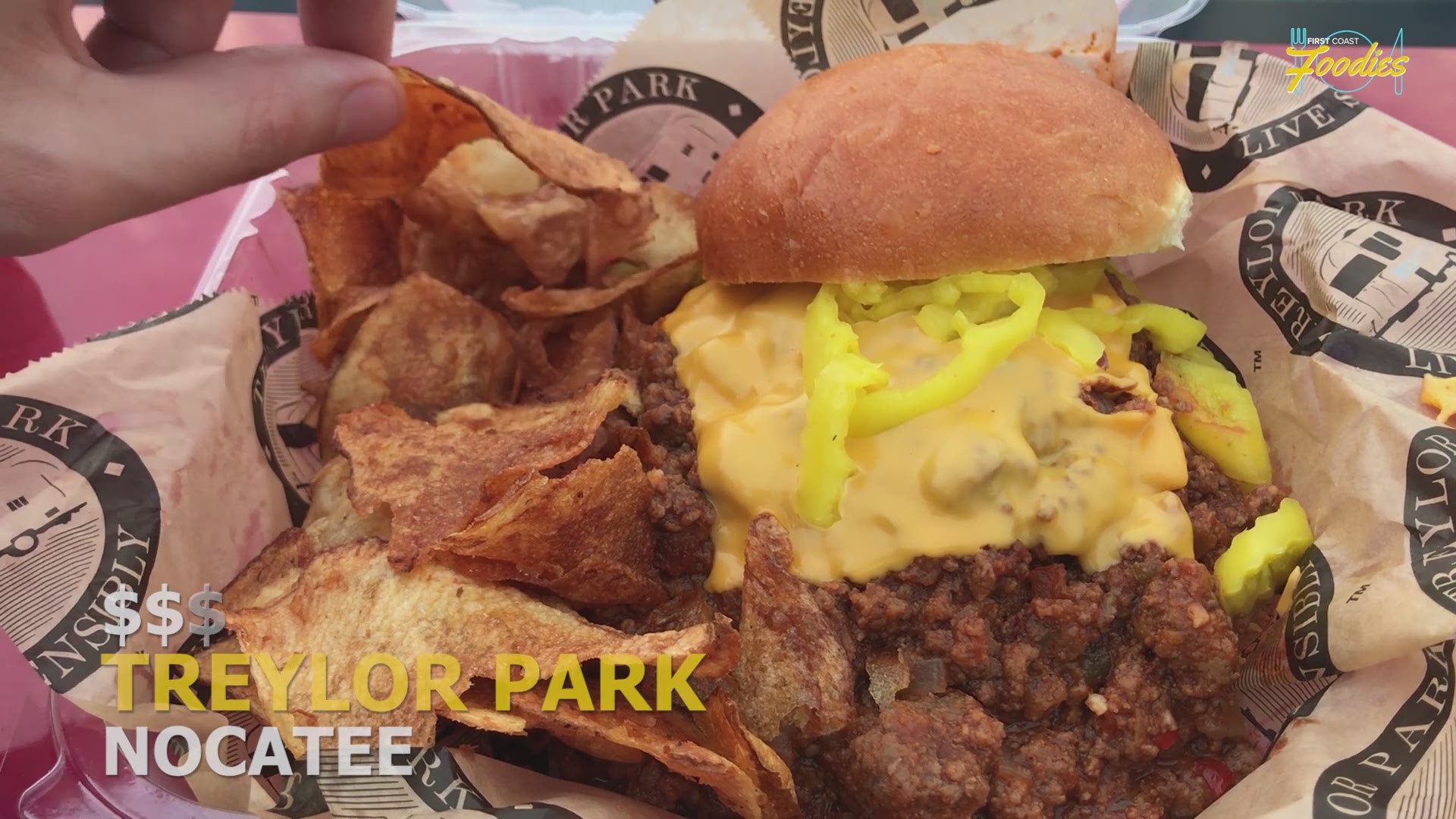 A popular Savannah restaurant that is known to offer the best chicken wings in all of Georgia is opening up a new location in Nocatee this weekend, offering customers a unique twist to traditional southern foods.

One of its owners, Trey Wilder said its menu will carry 40 different food items, including their popular and unique PB&J Chicken Wings, Chicken and Pancake Tacos, Shrimp and Grit Tacos and Treylor Park Nachos Grande.

"We do a twist on southern foods, that's kind of the overall concept," Wilder said. "It's a little more detailed, it's fun and approachable. It's not too different from the stuff you kind of grew up eating from the South like Sloppy Joe or potpie, but with a twist. So, it's different food, but it's recognizable. You're familiar with it. That's the key."

"We doubled our salads and more healthier items, trying to keep things fresh, bring in new items. We wanted a better salad game," he said.

Wilder said the menu combines customer favorite dishes from Treylor Park, which opened in October of 2014, and his second spin-off restaurant, Hitch, which opened in July of 2016, including its PB&J Chicken Wings.

Its PB&J chicken wings is the only chicken wing dish offered at the restaurant, which Esquire magazine voted it the best wings in Georgia.

"We don't specialize in wings, we specialize in one type of wing," he said. "It's so off-the-wall that it got voted the best wings in Georgia. I have no idea how they got there."

Wilder said for $10, he is confident someone who has never had it before would enjoy it because "it is familiar and approachable."

The dish was created when he noticed that their peanut butter and jelly sandwich was popular among children, but not adults. He also said he wanted his executive chef, Marvin Sterling, to add a unique chicken wing dish to the menu.

"We were pulling the sandwich off the menu, not because they weren't good, but that it could have been done better," Wilder said. "And we wanted to get good wings, so then I was challenging Marvin to also get a very interesting chicken wing. I asked if we could combine [wings with the in-house peanut/pecan butter and peach jelly sauce]."

The future in Northeast Florida

When asked why he chose to open a restaurant on the First Coast, Wilder said it was because of his customers.

"A lot of our best customers [in Savannah] were from Jacksonville, and they wanted us to open one down here," Wilder said. "People email me, people pull me aside, it shows I listen. We feel like it's a good market for us, and the community has been very supportive."

When it comes to the future, Wilder said he hopes to continue opening new restaurants in the area, but he isn't sure of any locations just yet. He said he is considering St. Augustine, but before then, he said, "we'll see how it plays out."

"I think it's going to do well, I'm excited at the first year," he said.

What are your prices?

Its lowest-priced menu item is $8 (Avacado Fries) and its highest is $18 (Low Country Boil). On average, Wilder said a customer is expected to spend about $12 a plate, which he described to be large plates and "well worth the price."

Most popular dishes and drinks?

What are your specials?

Melissa Guz is a digital producer for First Coast News. You can email her with restaurant tips or follow her on Twitter: @mguznews.