Eddis & Sons Cheesesteaks and Sandwiches permanently parked its food truck in what will be known as Union Hall. They also offer vegetarian and low-carb options. 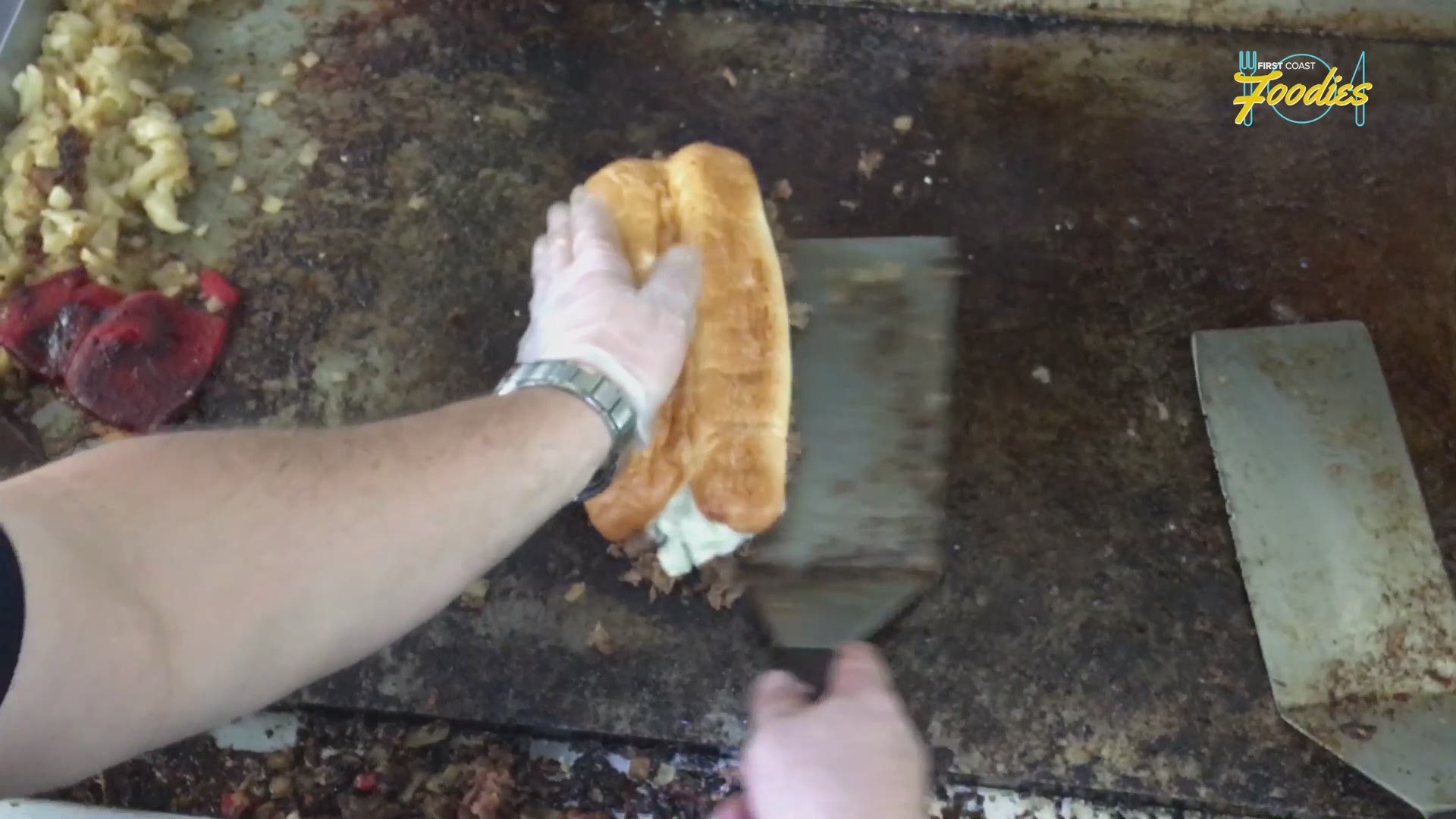 If you're craving an authentic and savory Philly cheesesteak packed with flavor -- or maybe a vegetarian or low-carb cheesesteak -- check out Eddis & Sons Cheesesteaks and Sandwiches in San Marco.

This popular food truck is permanently parked at 1435 Naldo Ave., tucked behind La Nopalera near the San Marco Train Station -- an area that's being transformed into Union Hall.

Jennifer and Chris Eddis restarted their family-owned business back in 2015 when they moved to Jacksonville from their hometown of Philadelphia.

It was first started in Nashville and despite seeing success and high praise for their cheesesteaks, they had to return back North. Once they were ready to relocate, Jacksonville was top on the list.

"We realized there was a need for authentic hand-crafted cheesesteaks, Philadelphia-style cheesesteaks," Chris Eddis said. "Thought it would be good for the city."

In time, they plan to open up a brick-and-mortar location in Union Hall, Jennifer Eddis said.

How they make their cheesesteaks

When it comes to finding an authentic cheesesteak on the First Coast, Eddis & Sons is the place to go for many folks who are originally from Pennsylvania, he says.

"I grew up in Philadelphia, so that's important," he said. "Having grown up in that culture, I know how [cheesesteaks] needs to be done. I think that sets us apart... and the ingredients."

They make their cheesesteaks with high-quality ingredients, including thinly-sliced and seasoned ribeye steak.

Credit: WTLV
This is the Italian Sandwich available at Eddis & Sons Cheesesteaks and Sandwiches in San Marco.

"It's the most expensive, but has the most flavor," he said.

While cooking it, Chris Eddis says he sprinkles it with a bit of water and oil to help keep the meat savory and not dried out.

While the steak is cooking, he mixes onions with the meat and let it simmer to bring out the flavor of the steak. Then, he adds the cheese.

But the secret to a delicious cheesesteak? The bread, Chris Eddis says.

"We use Amaoroso's because that's the original bread, people started using it in 1904," he said. "It's from Philadelphia."

If you don't want any bread, you could also try their Eddis Lettuce, which is a "breadless cheesesteak" served in iceburg lettuce cups.

While there, you can try their brand-new truffle fries and chipotle chicken cheesesteak.

Price: Each cheesesteak costs $11 plus tax.