The City of Jacksonville is allowing food trucks to continue to operate. 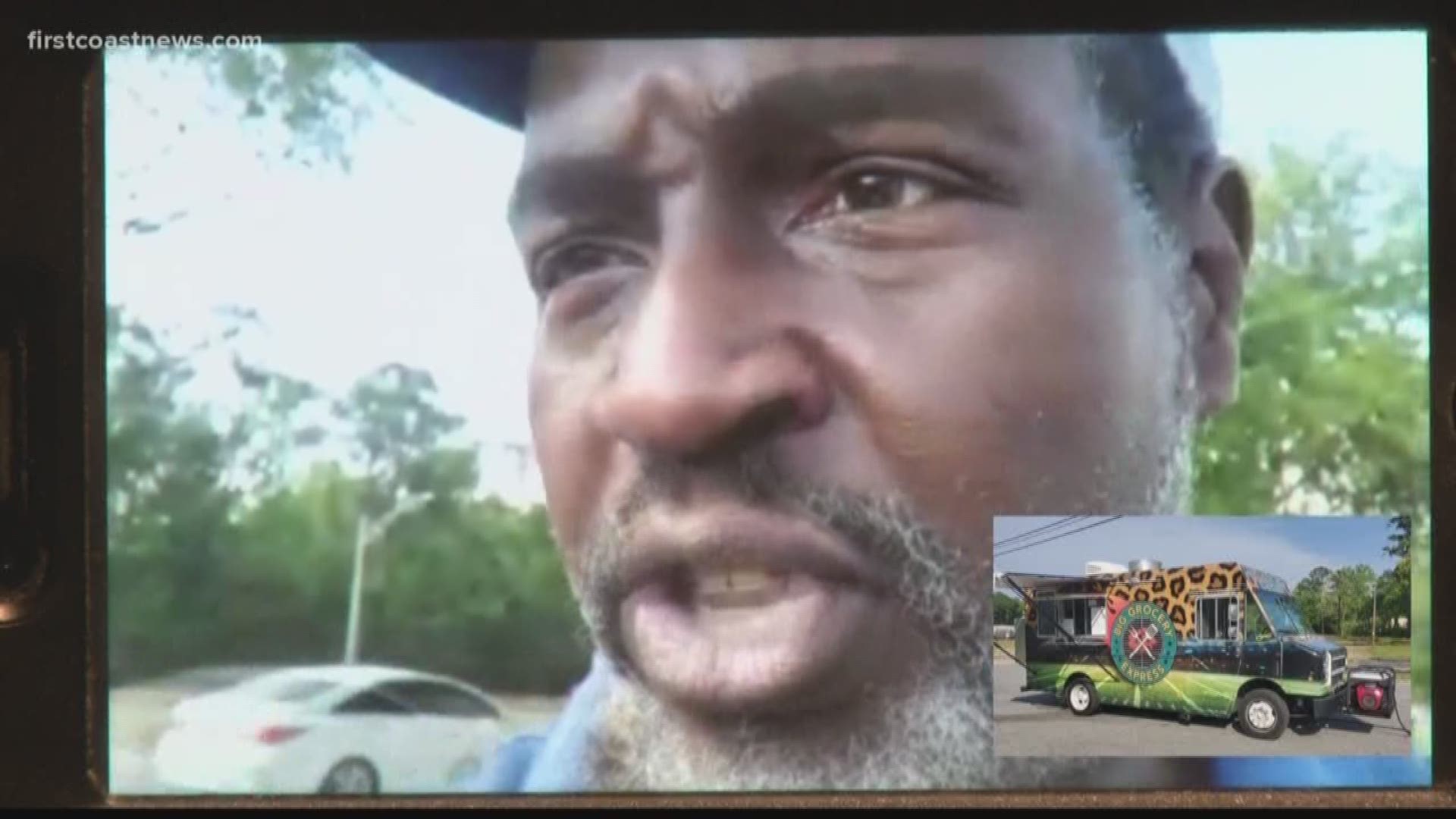 JACKSONVILLE, Fla — Kendrick Hundley considers it his calling - after two decades with Florida's Department of Corrections he's cooking up a second career as the owner of the Big Grocery Express food truck.

"I don't mind providing my services to them. People need to eat and I will definitely feed them," Hundley said.

He's relatively new to the scene having started his business last July. His toughest test yet is overcoming COVID-19.

Hundley is open for business along Roosevelt Boulevard, but in recent weeks, it hasn't been business as usual.

"Instead of me doing my two hours a day, I probably sit out here for seven to 10 hours to make up the costs," he told First Coast News.

Many of the customers he's used to seeing are now mandated to work from home, or companies aren't allowing food trucks on their property. He usually feeds about 40 people a day during a two-hour lunch rush.

His count Friday was 17.

"Usually it's like three to four hundred cars there and there was only like 10 or 15 cars and I sat there for hours and no one came out to eat. So, I decided to come back out to Roosevelt," he said.

The city of Jacksonville is allowing food trucks to continue to operate and Hundley hopes it stays that way. He's also still able to stock up on supplies from the Restaurant Depot.

For Hundley and his one employee, trucking along in their food truck is their only option.