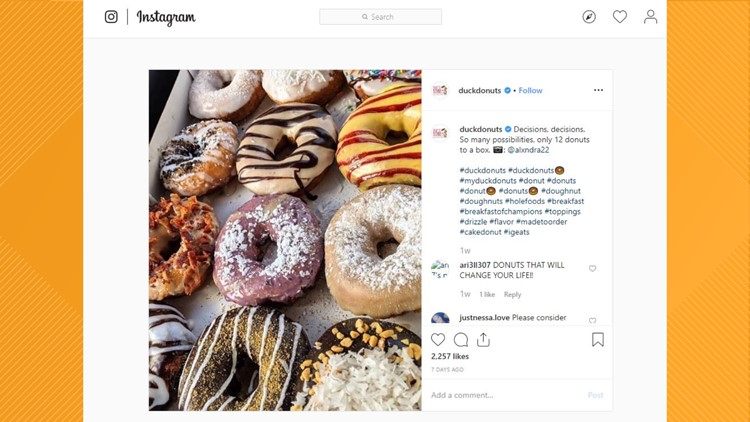 Jacksonville residents soon will be invited to join the “Quack Pack” when Duck Donuts opens its first handcrafted, specialty doughnut store in the city.

The city recently issued a building permit to Duck Donuts to build out a 1,403-square-foot space in the Shoppes at Bartram Park, 13820 Old St. Augustine Road, near Publix in the shopping center also home to Panera Bread, Brooklyn Pizza, Bono’s and others.

The Duck Donuts buildout will cost about $194,310, according to city permit issued Aug. 6.

No opening date has been set for the Jacksonville shop.

Founded in the northern Outer Banks town of Duck, N.C., in 2007, Duck Donuts is one of the nation’s fastest-growing doughnut franchises. It began franchising in 2013.

Duck has 78 locations in 16 states nationwide, as well as in two countries. The company plans to open 24 new stores this year. It recently opened a store in Santiago, Chile, according to company officials. Customers can join its “Quack Pack” for coupons and other perks.

Duck Donuts specializes in made-to-order doughnuts as well as traditional favorites. Among its menu showcasing a “duckzillion combinations” such as maple bacon, cinnamon apple pie, and midnight madness, which is a chocolate cake doughnut with chocolate icing and chocolate sprinkles.

Customers also can create their own combinations. The shop begins with its signature vanilla cake doughnut. Customers select a coating such as icing, which comes in chocolate, vanilla, strawberry, peanut butter, maple, lemon, blueberry among other flavors.

They then pick out a topping like rainbow of chocolate sprinkles, graham cracker, chopped peanuts, chopped bacon or shredded coconut, and chopped Oreos. The final choice is a drizzle of hot fudge, marshmallow, salted caramel or raspberry.

The company is known for supporting local community projects through its Quack Gives Back initiative.