The Ponte Vedra Beach shop will be the first Dolly Llama location not only in Florida but also in the Eastern United States. 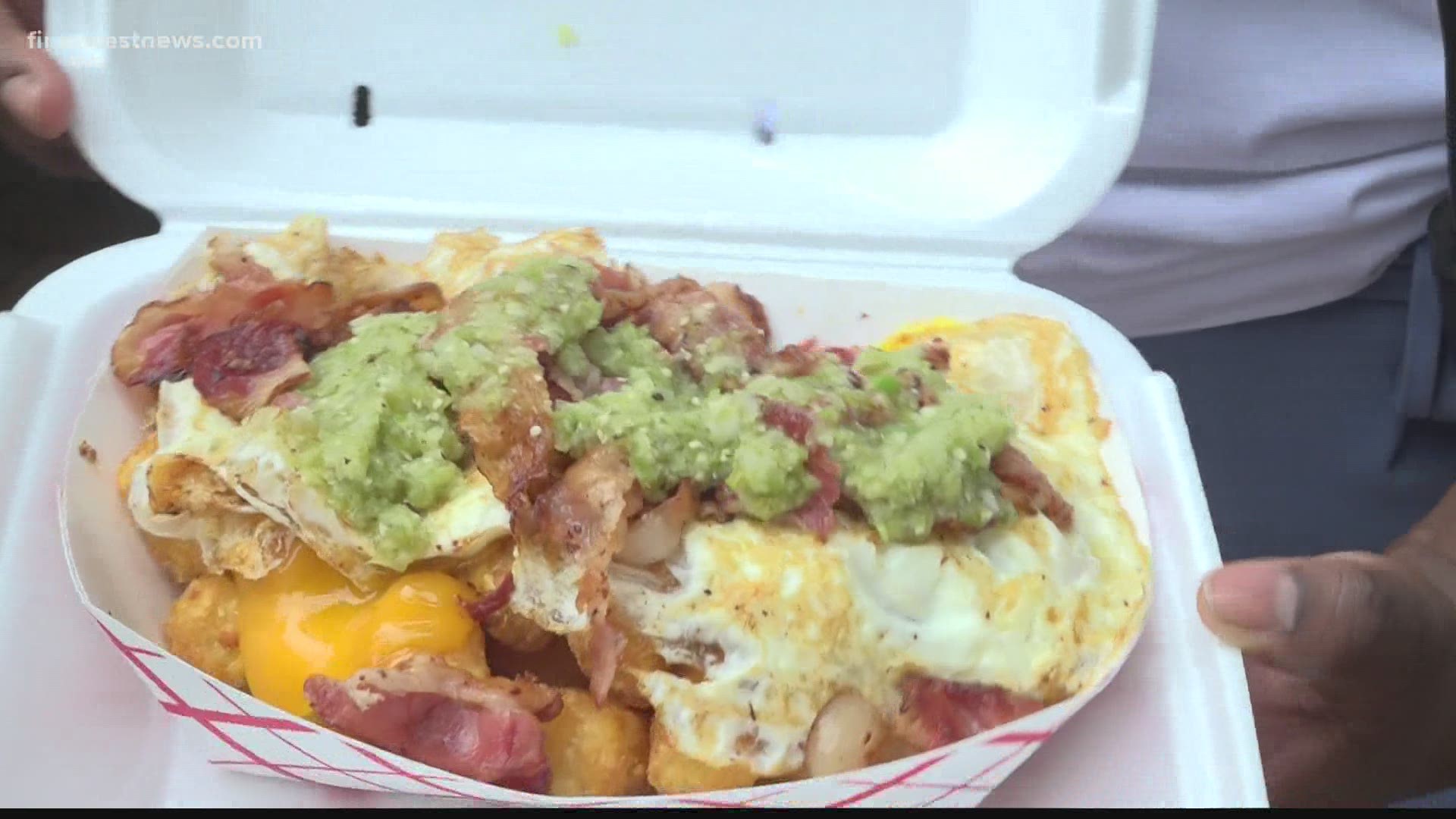 JACKSONVILLE, Fla. — (The video above is from an unrelated First Coast Foodies report)

Serenity and inner peace, not to mention fun, can be found in unexpected places, say like an artisanal waffle and ice cream dessert shop in Northeast Florida.

Josh and Wendy Popkin are bringing The Dolly Llama Waffle Master home to Ponte Vedra Beach from Los Angeles, where the concept debuted in 2017.

The Ponte Vedra Beach shop will be the first Dolly Llama location not only in Florida but also in the Eastern United States.

The Popkins as well as an unrelated Texas couple are the first Dolly Llama franchise owners outside the greater Los Angeles area, where the original three dessert shops are located, Retail & Restaurant Facility Business reported.

The couple is banking that Northeast Florida residents and visitors will find their bliss in the shop's handcrafted bubble waffle cones filled with ice cream and customized with a variety of toppings.

"We are still at the early stages of development, but ideally, we would love to open the location in early 2022," Josh Popkin said in an email to the Times-Union.

They are still scouting out locations, so the shop's location hasn't been finalized as yet, he said.

One thing is certain: the shop's logo will be distinctive. The brand's mascot is a jaunty-looking llama sporting sunglasses and a smile of contentment. Dolly the llama looks serene gazing out from paper cone wrappers, cups and merchandise.

Founded four years ago, the waffle and ice cream store is the dream of two childhood friends — Samuel Baroux, a French restaurateur, and Eric Shomof, a real estate businessman.

They named the company for a real llama Baroux discovered on a farm in the south of France, according to the company's website.

Baroux and Shomof chose Dolly as the company mascot because llamas are enigmatic yet social, friendly and outgoing. That fun spirit, Baroux and Shomof decided, reflected the quintessence they wanted for their business, according to the website.

Click here to read more from The Florida Times-Union.

The Hong Kong Bubble Waffle and its junior counterpart are prepared with a special batter that results in a crispy and custard-like texture, the pair said.

Belgian Leige waffles generally are made with yeast dough and pearl sugar which produces a soft, chewy texture.

Customers can customize their waffle cones, choosing from an interactive menu of "Top Picks" waffle and ice cream desserts, ice cream waffle sandwiches and a "Build Your Own" menu.

Before moving to Ponte Vedra Beach, the Popkins lived in the Los Angeles area and were fans of the restaurant concept.

"We were regular customers and fans of The Dolly Llama location in Los Angeles' Koreatown. When the opportunity to be a part of the franchise came up, we knew it was the perfect business opportunity for us being that it was a product we already loved," Popkin said.

The decision to buy a franchise was made sweeter, they said, because their personal menu favorites are the Hong Kong-style bubble waffles and Dolly Llama shake.

Ponte Vedra Beach was a natural choice for the franchise, the couple said.

"We chose Ponte Vedra Beach to open our franchise location as we thought it was a great beach community that was in need of a fun dessert destination like The Dolly Llama for both tourists and locals to enjoy," Popkin said. "It's a lively community with steady traffic due to the proximity to the beach and we feel like The Dolly Llama, due to its uniqueness, will be a welcome addition."

The Popkins have more than 20 years of experience in the restaurant and bar industry — ranging from construction to grand opening and daily operations. In addition, they have accounting and other business experience, they said.

"Ponte Vedra Beach is also our home and we are very excited to be bringing our favorite dessert destination, The Dolly Llama, to our community," the couple said.

Click here to read more from The Florida Times-Union.