If you're walking through Regency Square Mall and your mouth isn't watering, that will change when you reach Mr. Potato Spread in the food court. 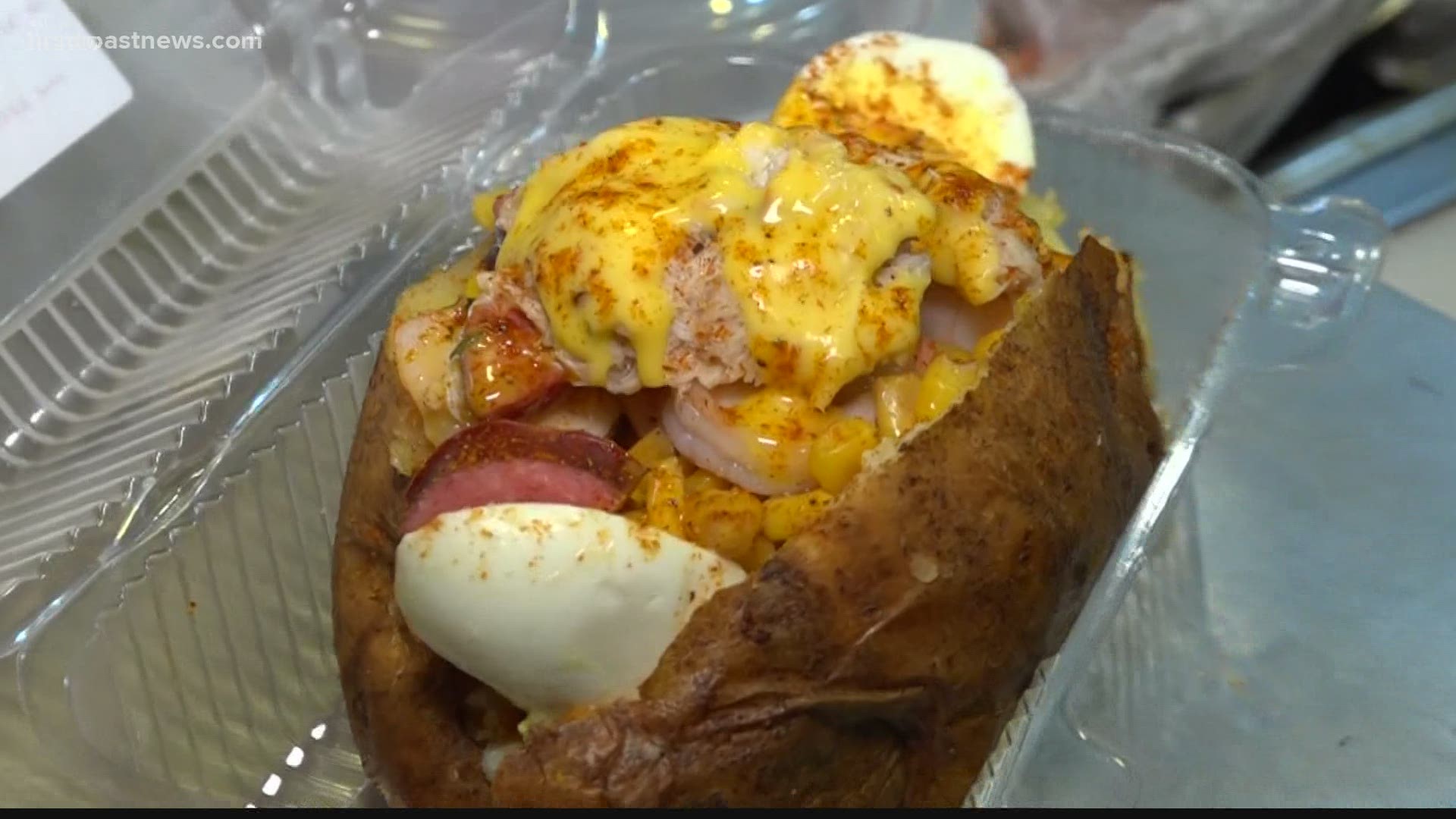 For our First Coast Foodies of Black History Month, we're featuring a restaurant based around one ingredient: potatoes.

If you're walking through Regency Square Mall and your mouth isn't watering, that will change when you reach Mr. Potato Spread in the food court. They serve taters like you've never had 'em before.

Her other favorite potatoes?

"The cheesesteak or the buffalo chicken," she said.

First Coast Foodies had one burning tater question: Why potatoes?

"Potatoes are really underutilized," Spann said. "In the '90s, probably the early '90s, there was a lady here locally in Jacksonville that did potatoes and she was a vegetarian. Everyone just called her the potato lady."

Spann says one day the potato lady was gone, but the seed of an idea was already planted.

"One day is just like, 'I know what we should do: potatoes!'" Spann said. "People do call me the potato lady."

What Spann has learned from the build-your-own menu is that her customers are some crazy taters.

"We've done a potato that cost as much as $30, between, I believe it was about $30 to $35," Spann said. "It probably had a little bit of everything that we offer from the crab to the shrimp to the steak to cheese, the peppers and onions, broccoli."

Spann says there isn't anything that would be too crazy to put on a potato.