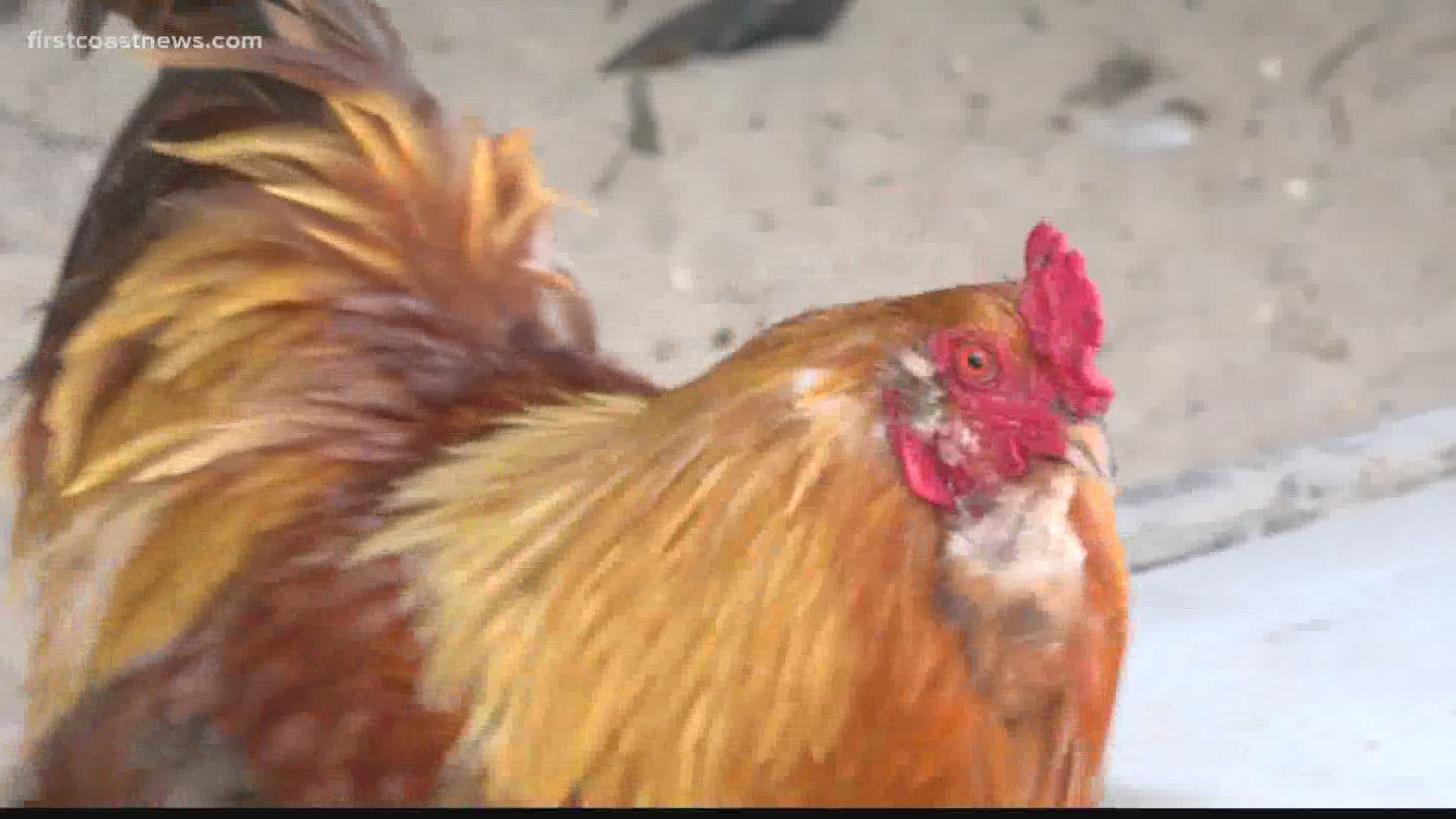 While we’re quarantining, some are planting vegetable gardens or doing a project around the house. But another common activity during the pandemic, we’re finding, is raising chickens.

“I think people are stuck in the house, they’re bored, and think ‘what a good time to get some chickens,’” said Shana Gardner, a Jacksonville chicken breeder.

Gardner breeds specialty chickens called “silkies” that have a genetic mutation within their feathers to look fluffy instead of baring slick feathers. Even though her specialty chickens cost even more than a typical chicken, she is still having trouble keeping up with the demand.

With this sudden surge in sales, Gardner has completely changed her practices as she can’t keep up with the amount of calls and Facebook messages asking about her chickens. She’s actually turning many sales down.

“I see a lot of people just rushing in and getting them without doing any research,” Gardner said. “I have people coming in wanting to buy little chicks that have no heat source at home, and chicks can’t keep themselves warm.”

Because of this lack of knowledge, Gardner is worried about the many chickens being sold from breeders across the country and the well-being of those chickens.

“I definitely feel like as a breeder I have a responsibility for the lives that I create and when someone comes by and says something alarming, if it sounds like they’re not going to take proper care I’m not going to send an animal to its death to make a few bucks,” Gardner said.

One of the riskiest ideas Gardner sees happening is people are impulsively buying different chickens from different farms to have a variety, which can put all of the birds at risk. She says many people have come to her wanting a silky to go along with a bunch of other breeds.

“So they go to one place to get Silkies and they go to another to get Orpingtons,” Gardner said. “And they think they can bring all of these birds home from different places and put them all together. What happens is, when birds are under stress, any underlying diseases that they may have tend to come out, and then if one bird from one source has something bad, they now all have that.”

Gardner says if that one chicken spreads a disease, before you know it, you’re in a place where you have to kill your whole flock.

Gardner says chickens need to be quarantined for two weeks to a month to see if any symptoms of diseases emerge before being integrated together.

New owners also need to be educated on what and how to feed chicks, how to regulate a chick’s body temperature and the type of housing chicks and chickens should have.