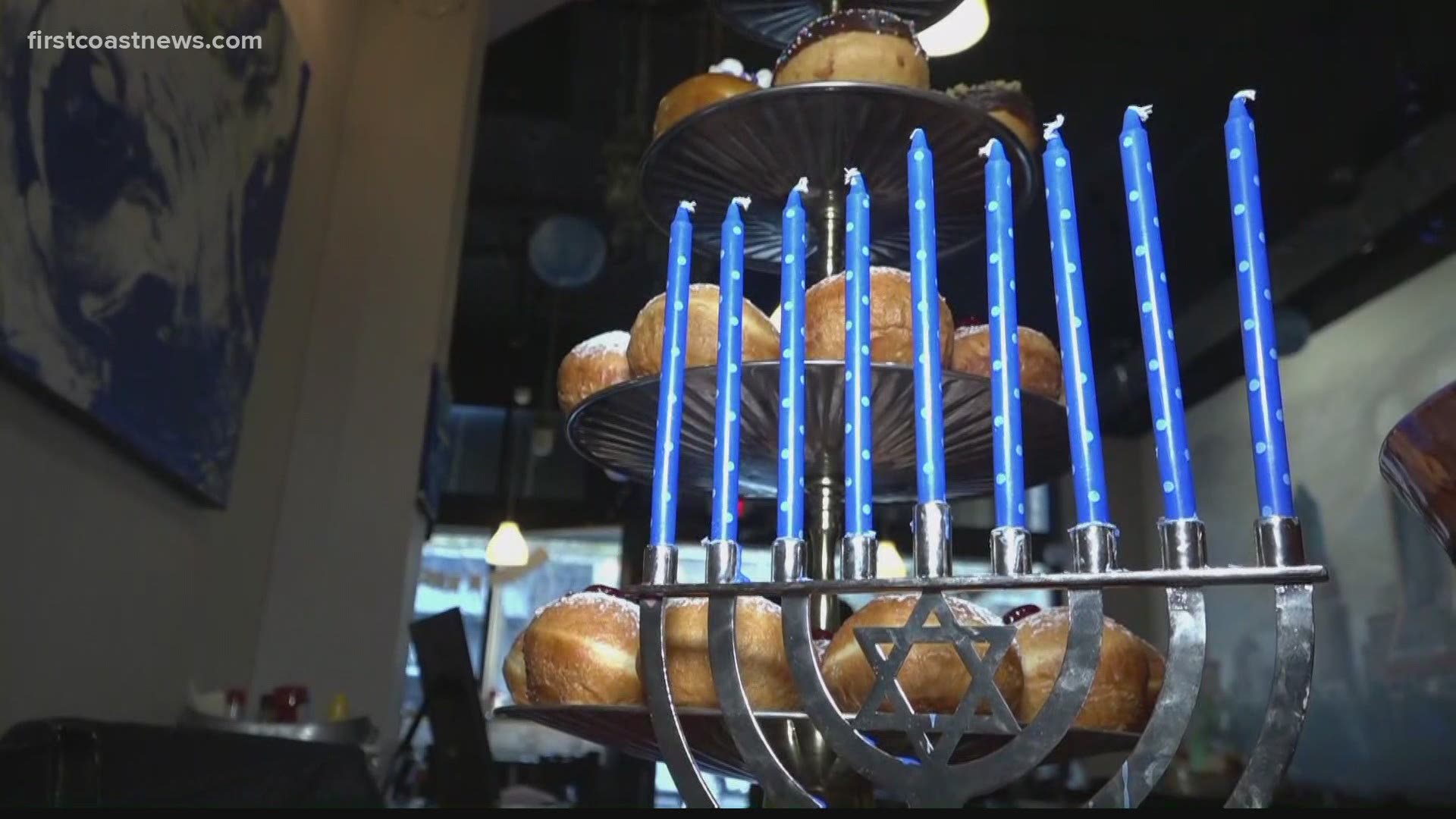 The Festival of Lights celebrates the victory of religious freedom and a miracle God gave the Jewish people when a small amount of oil meant to only last one day lasted for eight.

There are so many ways to celebrate but one important way is with food.

Because the story of Hanukkah is all about the miracle of the oil, Jewish people traditionally celebrate with fried food. You can try the classics right in the heart of downtown Jacksonville at Gili’s Kitchen off Adams Street in Jacksonville where the owner and chef are from Israel.

The sound of sizzling latkes means it is time for Hanukkah made by Chef Gili Ben Simon.

Latkes are fried potato pancakes made with shredded potatoes, onions, eggs, flour, salt, pepper, and the special seasoning: nutmeg. Chef Gili says they make them for all eight days of Hanukkah. Get the oil nice and hot.

“It's around two minutes each side," Gili said.

“It sounds not politically correct to eat so much oil now but for us it’s tradition," said Ricki Ben Simon, co-owner.

Ricki says Hanukkah is about celebrating miracles. “Every night when we light the candles, it is a part of the celebration, we eat donuts, we eat latkes, we try to eat a little bit of vegetables," she said laughing.

It’s the traditional donut made for #Hanukkah. It’s round, fried, & filled with raspberry jelly! Chef Gili at Gili’s Kitchen in downtown Jax also makes some with a twist (chocolate, sprinkles, & the works!). @FirstCoastFoodi pic.twitter.com/gajDNtF8z8

Did someone say donuts? Gili makes about 1,000 traditional Jewish donuts for Hanukkah orders.

He makes the dough ahead of time and then freezes it. Once it defrosts, he fries it. Then comes to raspberry jelly filling which Ricki says is the most important part.

“The traditional Israeli donut is called Sufganiyot, it’s very hard to pronounce it," Ricki said. But they are easy to enjoy!

These are Hanukkah specials so get it while you can. Gili and Ricki are both from Israel so the restaurant features Israeli classics like shakshuka, shawarma, and falafel. The restaurant has been open for three years.

RELATED: Holidays and COVID-19 mean isolation and depression to many seniors