The German bar serves more than a dozen exclusive beers on tap along with imported wines. 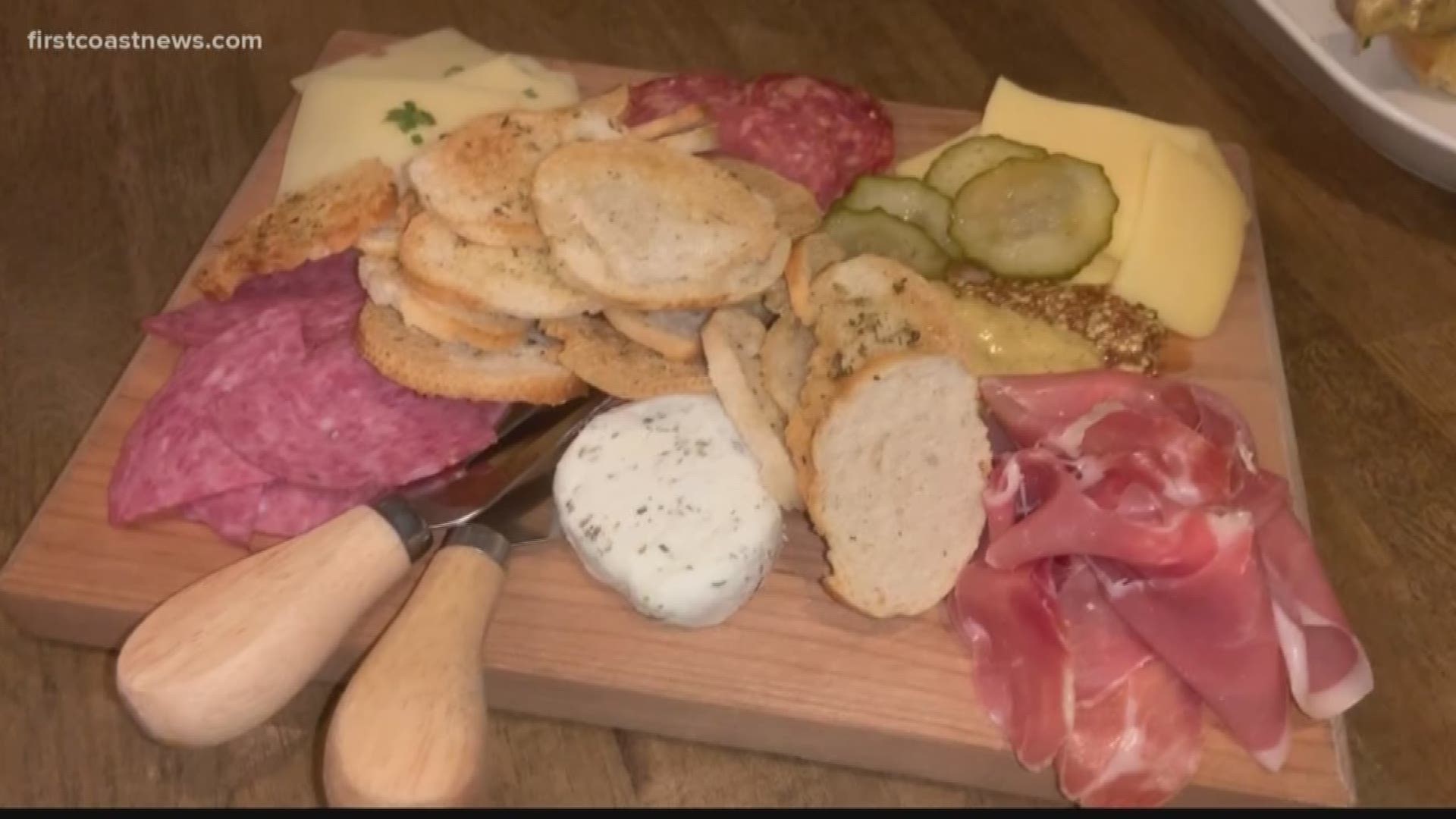 JACKSONVILLE, Fla. — Tucked away behind the Blackhat Vape shop in Murray Hill is where you'll find a hidden gem, a place unlike any other.

Buchner's Bierhalle is tough to find but once you do, you'll quickly realize they excel in authentic German food, rare beers and spirits.

The German bar serves more than a dozen exclusive beers on tap along with imported wines from Italy, Spain, and France.

"We are a German Beer Hall inspired by the owner's great-grandfather from Germany, so we have a bunch of imported wines from Germany and beers as well," said Williams.

The menu also includes a variety of small plates and appetizers. The beer-braised bratwurst with potato salad and sauerkraut is a popular dish.

"So the bratwurst is made by being braised in beer, sauerkraut, and spicy mustard and we serve it up on a toasted Kaiser roll," said Nicholas Benedict, Head Chef. "And then the sauerkraut we serve it with is done with juniper berries and caraway and a little bit of seasoning.  And the potato salad is done all by hand, all cooked, and all peeled.  We do it with a tarragon reduction with a touch of relish and some other seasonings."

The oven-baked German pretzel is also a hit.

"We have some really nice coarse salt, serve it up with a sweet mustard that we do in house, with infused apple cider vinegar and a caramelized sugar," Benedict said. "Then we serve that up with some spicy mustard. and the beer cheese we are going to have today is made with Warsteiner beer."

The charcuterie boards are another fan favorite served with fine meats and cheeses.