Mr. Potato Spread is one of about 60 restaurants participating in Jacksonville’s first Black Restaurant Week. 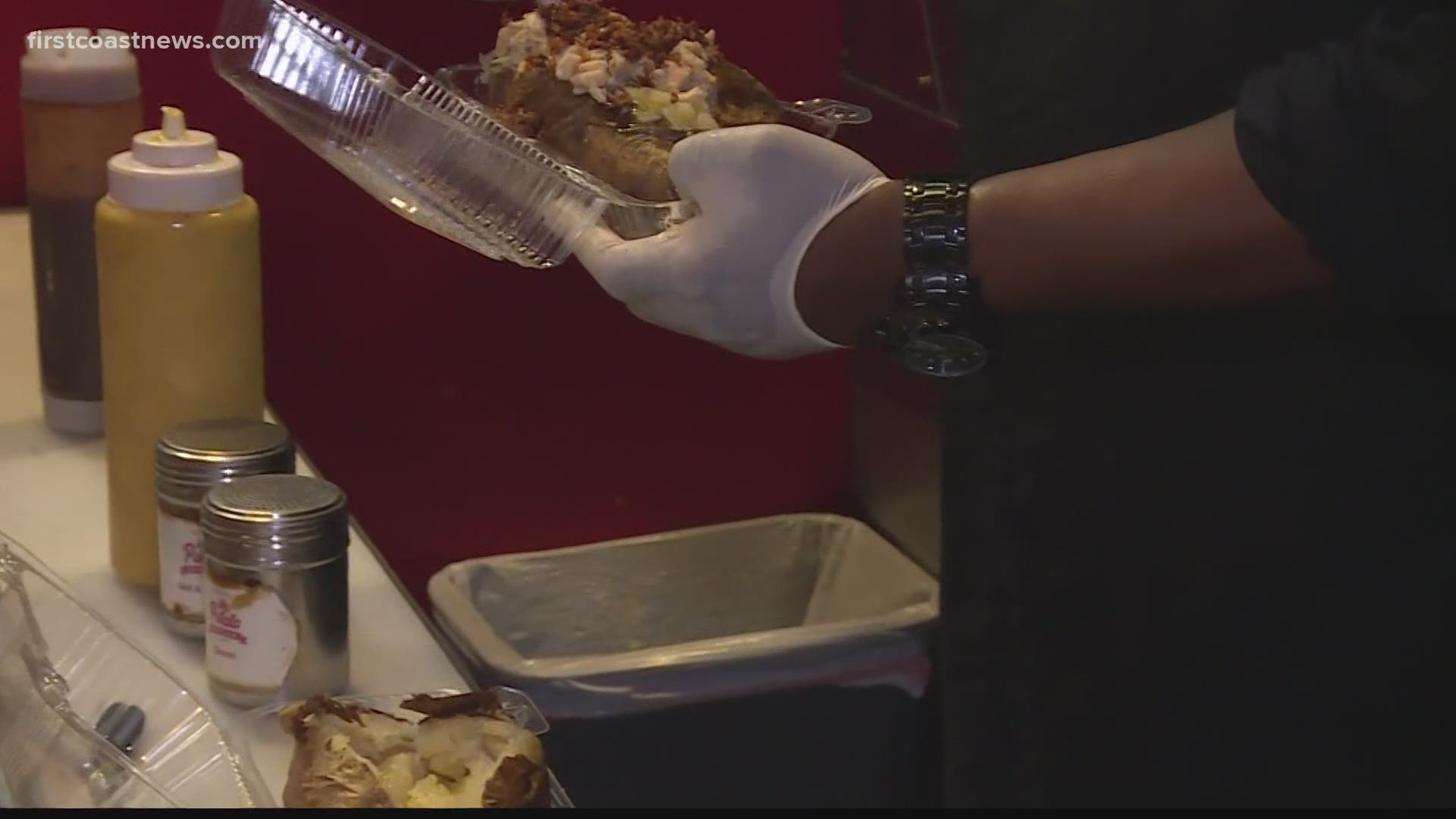 This is the first year the city has hosted the foodie fest, which coincides with Black Restaurant Week Florida in metro areas across the Sunshine State through Dec. 6.

COVID-19 has made times even tougher for small business owners in the food industry, but local chefs are hoping hungry folks will give them a shot.

“This is a celebration," Lakita Spann said.

Spann and her husband Aaron opened Mr. Potato Spread in 2014.

It started off as a food truck at first. The couple has a spot inside Regency Square Mall and is weeks away from another location opening in Orange Park. However, their journey hasn’t been easy.

“Instead of delivering to businesses we had to deliver to homes and obviously we had to go to a curbside pickup model.” Spann explained

Mr. Potato Spread is one of about 60 restaurants participating in Jacksonville’s first Black Restaurant Week. The project was co-founded by three food-minded friends from Texas.

“We wanted time to create a platform that was all-inclusive for businesses with minority business owners,” co-founder of Black Restaurant Week Falayn Ferrell said.

She explained that for the first year of Black Restaurant Week in Florida she sees it as a success. It's a win that comes when small businesses needed it the most.

“I think it’s always that level of excitement, that energy and always understanding for us that we know we’ve only scratched the surface,” Ferrell said.

Back at Mr. Potato Spread, Spann says it's good to take a chance, try something new.

“I think it’s extremely important to go out and support those because the community support is vital to the success of those businesses,” Spann said.

You can find a list of restaurants at blackrestaurantweeks.com