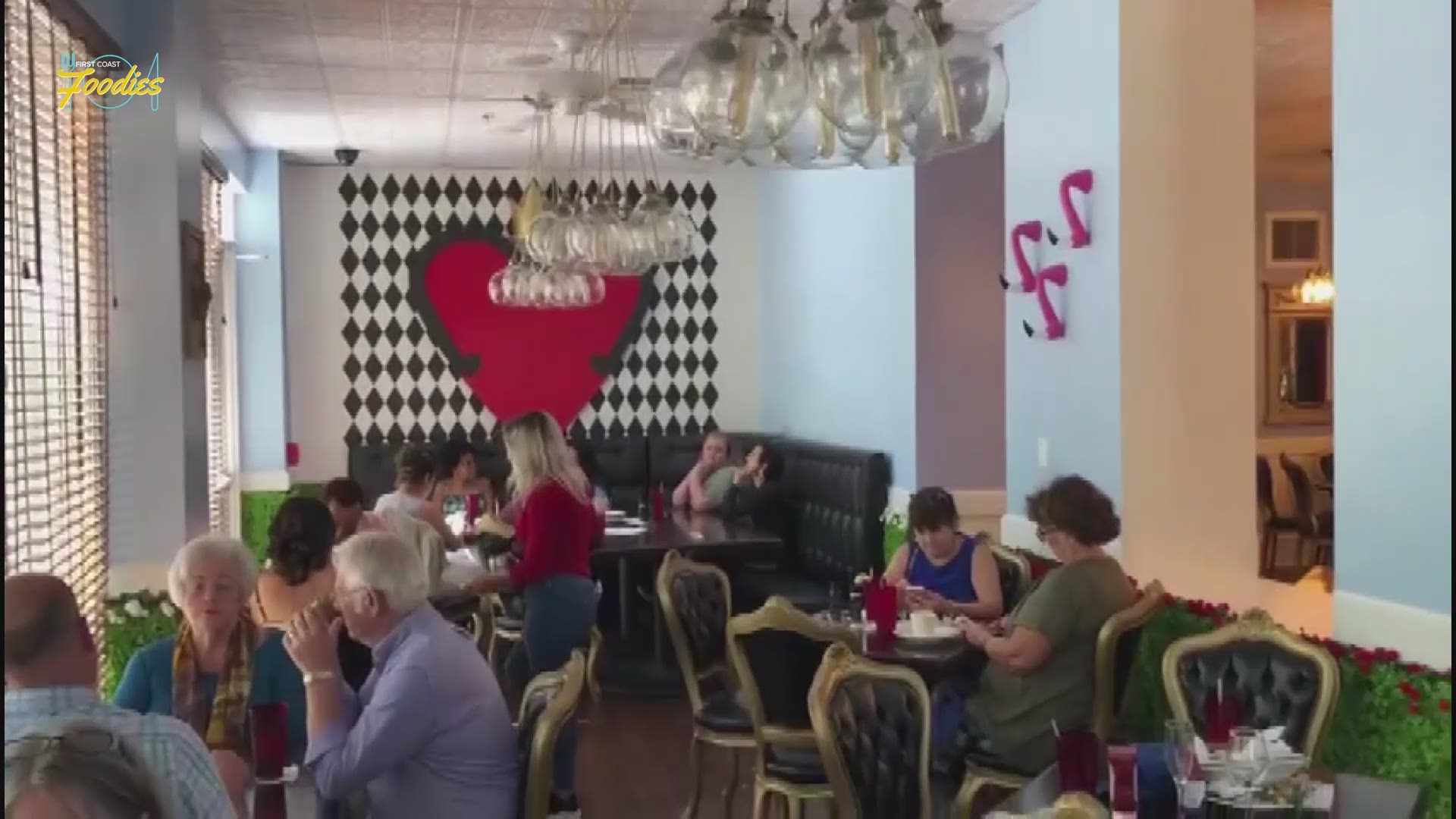 JACKSONVILLE, Fla. — Less than a year after opening in Downtown Jacksonville, the Alice in Wonderland-themed restaurant, the 10/Six Grille, permanently closed.

The restaurant, which was located at 400 N. Hogan St. along with Sweet Pete's Candy, shut down in March due to the coronavirus pandemic affecting Downtown foot traffic, the owner, Russell Disparti, told the Jacksonville Daily Record.

"It just became too expensive to stay there and try to get back open," he told JDR regarding reopening after April.

Disparti opened this American-style eatery last October. However, his business followed the same fate as the previous tenants before him. The space was once the Candy Apple Cafe, which closed down because of building repairs in 2018. It never reopened.

First Coast News reached out to Disparti for comment, but we haven't heard back.

Google is reporting that the 10/Six Grille is permanently closed. This Alice In Wonderland-themed American eatery opened last October, but shut down in March due to the pandemic. @FCN2go @FirstCoastFoodi pic.twitter.com/ZtwMG7OKof

According to the JDR report, the space is available for rent and the building's owner, JWB Real Estate, plans to put another restaurant there. JDR also reported that the owners plan to open a "high-end" wedding venue on the third floor of the 111-year-old building.

Disparti owns another restaurant, the Stout Snug, which is an Irish Pub in Murray Hill. It has been open since 2018.

1 / 7
10/Six Grille
The menu includes appetizers, such as charcuterie. There are also vegetarian options.