As the drinks start flowing, so does conversation. The Fire Watch is hoping this IPA will get people talking about how they can help veterans in crisis. 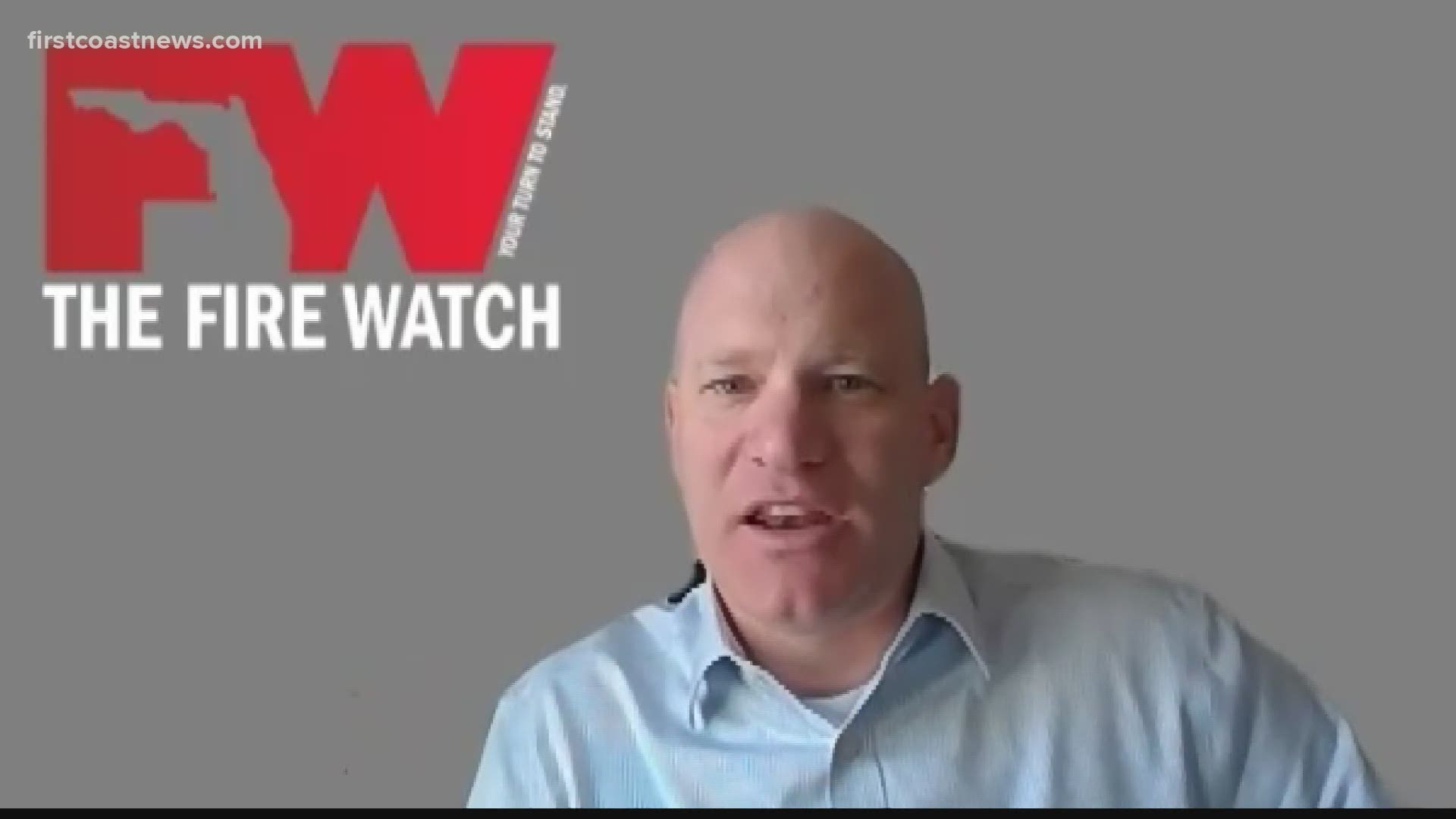 JACKSONVILLE, Fla — When the drinks start flowing at Veterans United Craft Brewery, so does the conversation. Their new 'Watch Stander IPA' is a hazy beer that’ll get you thinking clearly about how you can help local veterans.

“A lot of my friends who stayed in the service are now getting out and they’ve had 20 years of intense conflict," said Nick Howland with The Fire Watch, a Jacksonville-based veteran suicide prevention organization.

"Many are suffering broken relationships, many have been isolated for many years from friends and from family," Howland said.

Howland says the most recent data from 2018 shows more than 6,000 veterans committed suicide that year. It’s a topic that can be hard to talk about, but easier over a glass of beer.

“People do most of their socializing at the dinner table or drinking with friends or eating and usually beer tends to be a key component of that conversation or that activity," said Ron Gamble.

He's the owner and brewer at Veterans United Craft Brewery in Jacksonville. He’s also a Navy veteran. The two collaborated to create the Watch Stander IPA named after the Watch Stander program with The Fire Watch.

It’s a free program with 30 minutes of training to teach you how to identify and help a veteran in crisis.

“The more out there that are trained as watch standers, the more veterans we can prevent from slipping into suicidal ideation," Howland said.

Pairing beer with suicide prevention can be a jarring idea at first, but at VU Brew they are even training their employees to be Watch Standers ready to help veterans who come in and start opening up.

“We’ve been working with (The Fire Watch) about getting our staff trained here because people come into bars and breweries, especially in the taproom, they talk a lot," Gamble said. "They alleviate some of their concerns they’ve experienced. If we could be that one step closer to helping them out, it is a great thing.”

On #GMJ: The new Watch Stander IPA by @VUbrew is a hazy IPA that will help you see ✨clearly✨ how YOU can help local veterans in crisis! pic.twitter.com/A9Q2f15Fmi

Businesses like VU Brew that train their employees will be deemed a Veteran Safe Space by The Fire Watch.

“It’s mobilizing a community force of veterans and civilians who can be trained to identify those risk signs, ask a veteran if they need help, and get them to the plethora of resources we have here in Northeast Florida for veterans," said Howland.

Click here if you want to learn more on how to become a Watch Stander.

The Watch Stander IPA is being released on Friday, January 29 at the Veterans United Craft Brewery at 4:30 p.m. Gamble says 14 other places around town have told him they plan to carry the beer as well.