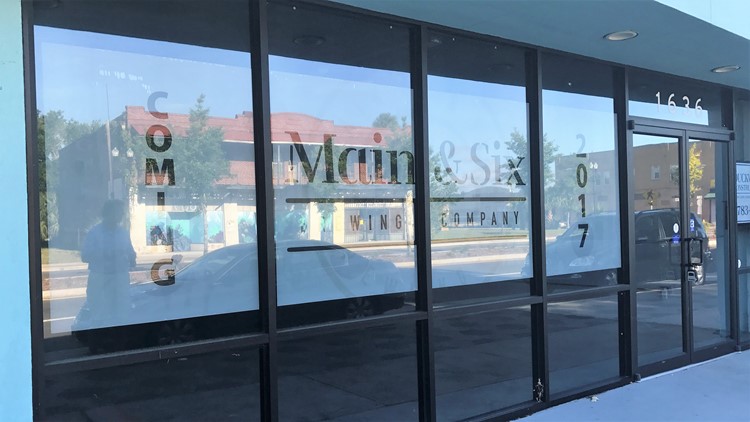 Main & Six Brewing has signs up on Main Street. The construction has started and you can sample their beer at an event May 20 at Beer:30 San Marco. Springfield will be hopping very soon!  PHOTO: Stephanie Danley

After two years in business, craft brewery Main & Six Brewing Co. is doubling the size of its Main Street operation, expanding into the building next door.

Plans for the new building include a rooftop bar and an event space/taproom, as well as more room for bottling and cellaring beer.

Building out the space will take about eight months to a year, brewery co-owner Dennis Espinosa told the Business Journal, with the downstairs space and the rooftop bar opening at the same time.

“Having that building will be a big help for special events,” Espinosa said.

Main & Six opened in November 2017, part of a surge of interest by retailers in Main Street.

“This is a passion project and something I take very seriously,” Espinosa said at the time. “I want to do it right. Once I got into brewing and starting getting to know the brewers in town, I knew this was what I wanted to do.

Two other breweries are also active along Main Street: Hyperion Brewing Co., which opened in March 2017, and Strings Sports Brewery, which opened earlier this year.

Toward the end of 2017, an LLC affiliated with Main & Six bought the property at 1632 Main St for $110,600, according to city records. The roughly 3,500 square feet in the new space is slightly bigger than the roughly 3,000-square-foot space the business now occupies.

The additional space will provide more room to store ingredients like grain as well as space for a small kitchen. All told, the project could cost around $500,000, although Espinosa said it’s too early to have any sort of firm cost estimate.

As part of the expansion, Espinosa is also bringing on Alex Leuthold, who had been involved with production at Intuition Ale Works for about six years.

Having Leuthold focus on the brewing part of the operation will let Espinosa focus on general business growth, the co-owner said.

“It’s hard to keep up as a brewery owner and brewer in one,” he said. “Having someone with experience will be a big help.”

Click here to read the full story from our news partners at the Jacksonville Business Journal.