Pedal, pedal, pedal, coast! Those words were echoing through 5 Points and Riverside as Pedal Pub Jax rolled through. 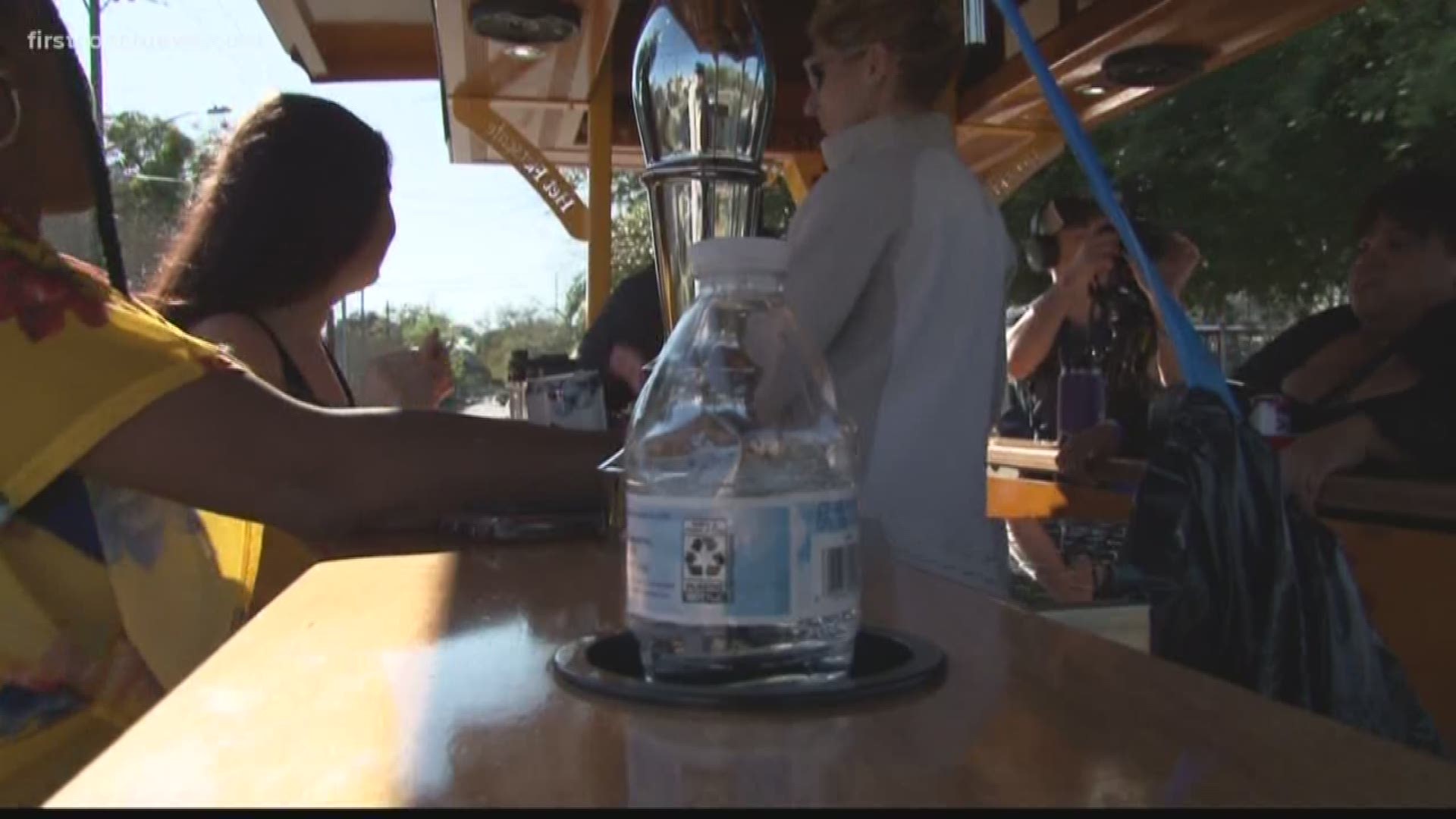 JACKSONVILLE, Fla. — 1, 2, 3 ... pedal! The bell is ringing and the tunes are pumping as the Pedal Pub Jax rolls through Jacksonville. The franchise is in 50 cities nationwide and is now in the River City. Riders must pedal to make it each stop on a brewery/pub tour.

Currently, owner Theresa Pontieri, her husband Rick Pontieri and their two business partners Eric Blocker and Amanda Blocker have two of the bikes. One is located downtown, the other is at Bold City Brewery on Rosselle Street.

On a sunny Saturday, a group of friends decided to take a ride ahead of the grand opening. They brought their own beverages, which are stored in a cooler on board. The Pedal Pub took off from Bold City, took a right on Rosselle Street and headed down Stockton Street, passing by a bike shop and Bold Bean before heading toward the river.

Along River Boulevard, the Pedal Pub stopped for a photo-op. Everyone was trying to get their best selfie angle with the river and downtown skyline in the background before hopping on the bike and heading to Alewife.

The stop at Alewife is short and sweet. Just long enough to try one of the many brews they have on tap, in cans or bottles. The craft beer bottle shop and tasting room even offer monthly beer school classes.

"Perfect for people who have an interest in beer, but need a few tools to begin to better understand, experience and appreciate craft beer," according to their website.

Then it's back on the bike.

If you're worried about being able to bike uphill, don't worry. The route is fairly flat, but even if there is a hill, the Pedal Pub comes equipped with E-assist. That's an electric battery that helps riders along. When riders start peddling, the battery will give them a boost.

Next stop, The Garage. This pub features more than a dozen taps with a large outdoor patio to lounge. And who can forget about Giant Jenga! Riders even get a dollar off their beer.

The last leg takes you back to Bold City Brewery. It's locally owned and operated. You may have seen some of their beers around town, such as Duke's Brown Ale or the Mad Manatee IPA.

The whole trip takes about 2 hours.

Starting Saturday, March 7, The Inaugural Pedal Pub & Cornhole Tournament to benefit the Rail Yard District will commence. The Round-Robin Tourney will begin with its first toss at Lemonstreet Brewing Co. Then pedal through the Rail Yard to Engine 15 for the second leg of the tournament and complete your Pedal Pub tour at Tabula Rasa where the winners will be announced. 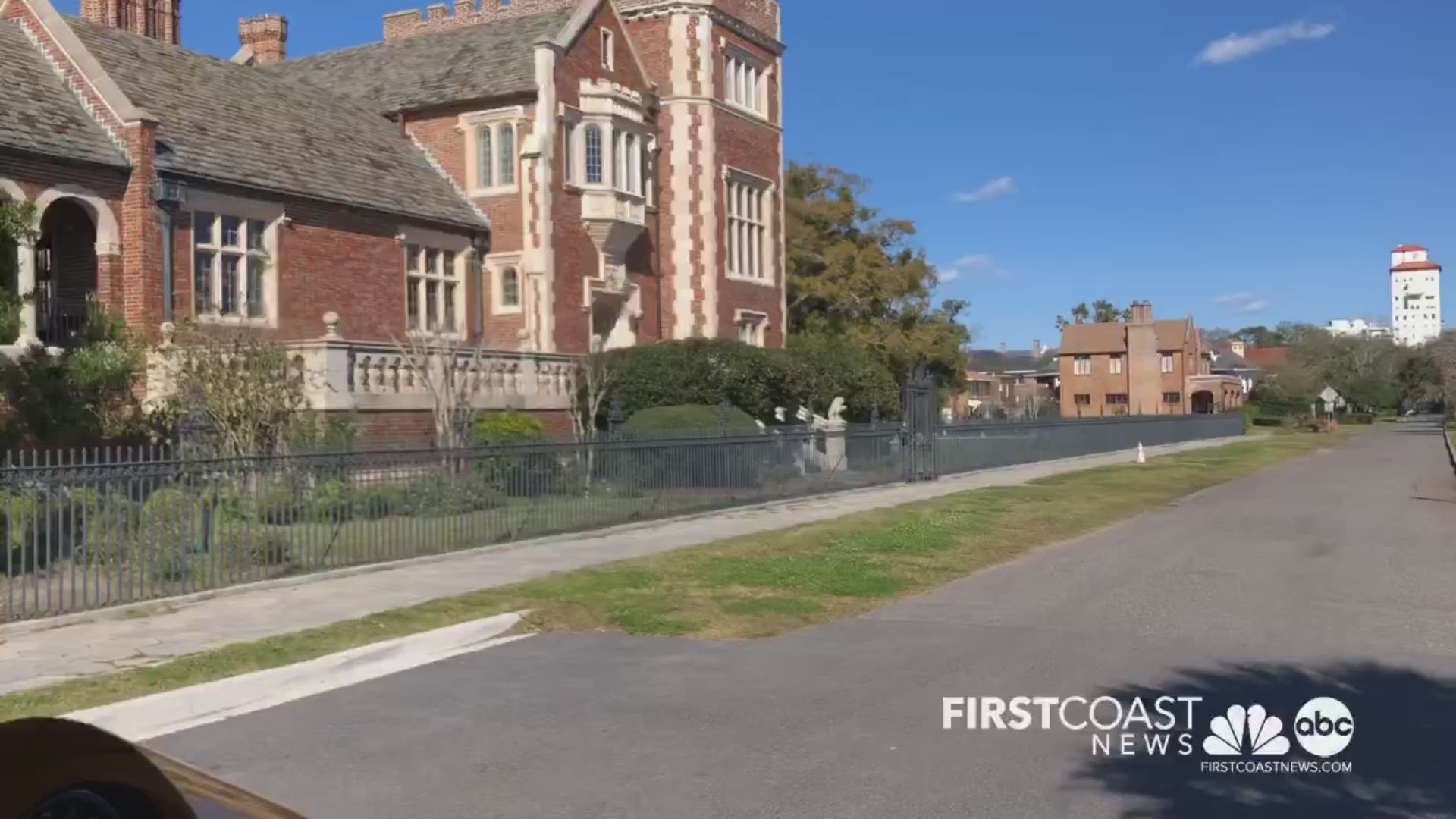