New boozeless bar offers alternative for those in recovery

Wildcrafters, Jacksonville's first alcohol-free bar, is a safe haven for people looking for an alternative outside of the normal bar scene. 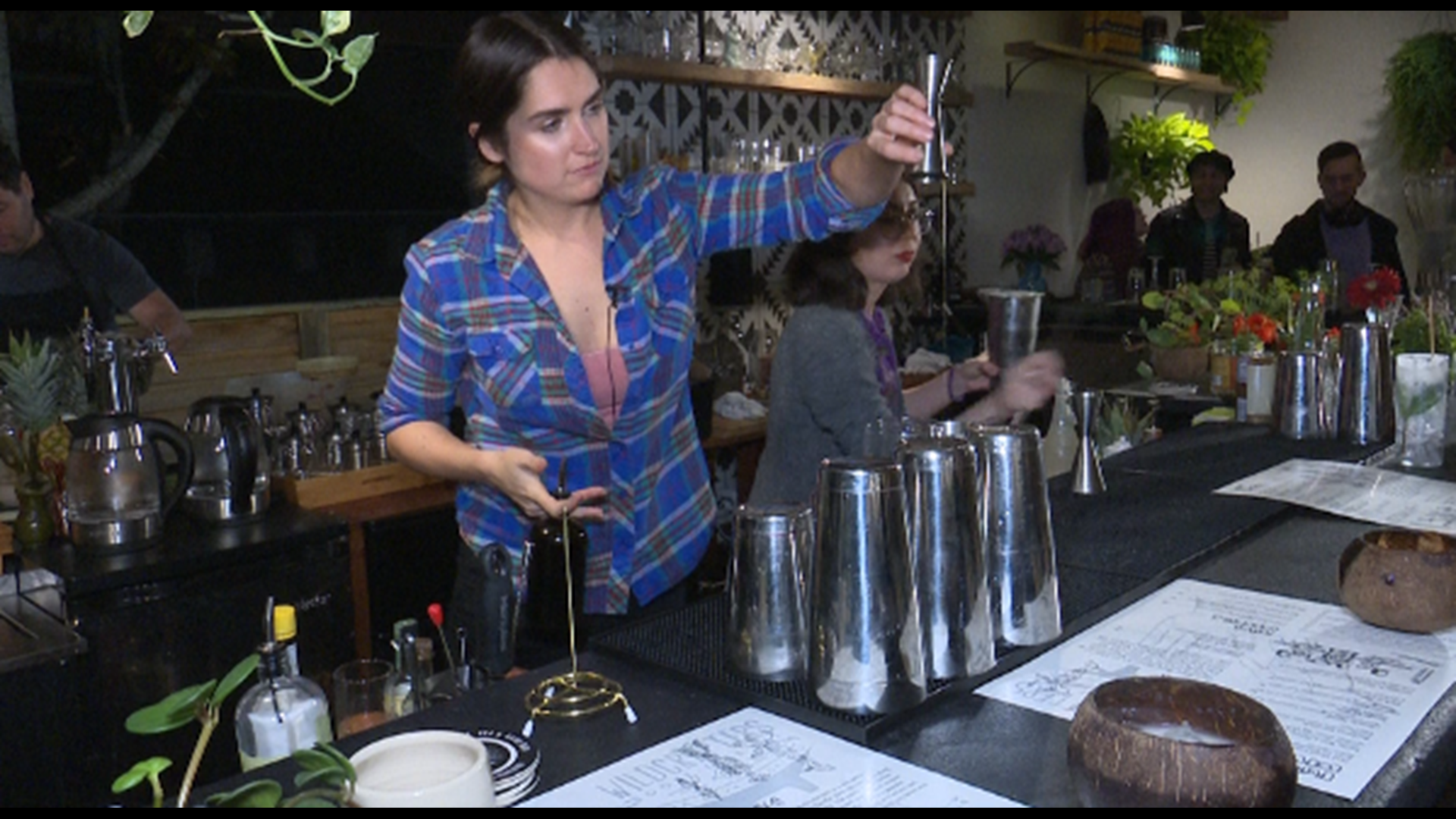 It's a disease that can be deadly. It can destroy friendships and rip apart families. Statistics show excessive drinking kills more people than opioids.

According to the Centers for Disease Control, binge drinking is responsible for more than half of the 88,000 alcohol-related deaths every year.

Taylor is almost five years sober. The room the 36-year-old is standing in looks likes your average restaurant or bar. But, it's not. It's attached to a Jacksonville treatment facility.

"This was an opportunity to learn how to exist and really enjoy life and not have to have a drink in my hand," Taylor explained.

Taylor said his dependency on the bottle started as a teenager and continued into his adult life. He said he was a military kid who had a hard time fitting in and alcohol filled a void.

Around the age of 25, his life started unraveling.

"I would easily put down a 12-pack every night on top of whatever else was the choice for the day," he said.

"There was a lot of distrust," he said. "A lot of disbelief. My words meant nothing to anybody because all the lies and all the deceit that had started developing around my addictions and alcoholism."

One day, he decided enough was enough.

Taylor sought help at Lakeview Health on the city’s Southside.

"One of the hallmarks of an addiction is that your life is out of control," Dr. Lantie Jorandby.

Jorandby is chief medical officer at Lakeview. She said 60 percent of patients are there because of alcohol. She describes it as a brain disorder.

Taylor is out of treatment and back in the real world, which presents its own set of challenges.

"We can't hide from reality," Taylor said. "These areas. These places. These restaurants. Things like this are still going to exist."

Across town in Five Points, the drinks are being shaken and carefully stirred. But, here's the secret: There's not a drop of alcohol in any of the glasses.

"A lot of people in recovery have been coming here and hugging me, more like kissing me. Like OMG, you're my new hero," Yhang Quintero said.

Quintero is the creator and founder of Wildcrafters, Jacksonville's first booze-less bar. It's a safe haven for people looking for an alternative outside of the normal bar scene.

"A lot of people have been wanting to get back to the social life, but they feel pressure if they go to a regular bar," Quintero responded.

It provides relief for people like Taylor who just want to get their lives back.

"Saying those words 'I need help' was probably one of the hardest things I've ever done," Taylor said. "But, the minute I said them, it was like a weight lifted off my shoulders."