There were new openings, some closings, festivals and awards! 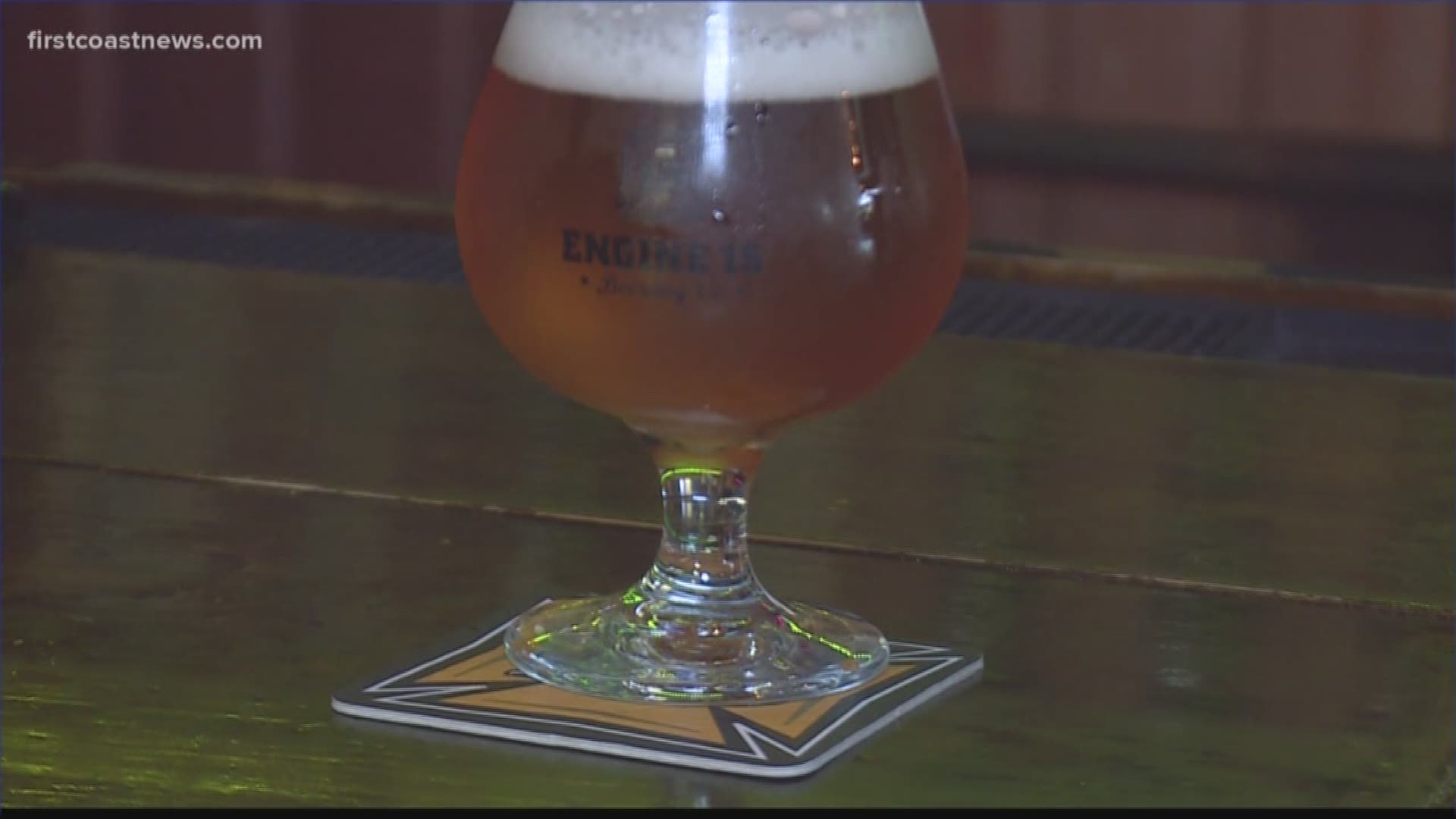 JACKSONVILLE, Fla. — It has been a great year, hasn't it?  Seems like every month there was a new event, a new brewery, new beers and more! Even First Coast Brews expanded when Casey Feindt joined the staff!

We also held a fundraiser for School Lunch Debt with Engine 15 Brewing Co, who graciously brewed "School Haze" IPA for the event. We raised over 12 Hundred Dollars to reduce the Lunch Debt at our area schools.

For Festival goers, 2019 was fantastic! It seemed like we had a new festival almost every month!  Southern Swells Brewing, kicked it off with a Mini Fest to celebrate their second Anniversary! Uniquely, with tier levels from admission to admission with a variety of special release bottles and cans. Get ready, it's coming back January 18 for their Third Anniversary. Tickets on sale January 1.

Not to be outdone, Aardwolf Brewery switched it up by holding a beer fest for their annual Early Bird Special bottle release. It makes sense, their bottle releases have created some epic bottle shares!

St Augustine Brewers got into the game by combining for the St Augustine Brewers Fest. This might have been Steph's favorite of the year. Set at the Fountain of Youth, the festival area was beautiful with views of the Intracoastal Waterway. A good variety of local and statewide breweries participated.  I spoke with Doug Murr of Dog Rose Brewing recently and he said the Fest will be back in 2020.

Hurricane Dorian's Labor Day arrival, led to the postponement of the Inaugural Bold City Beer and Music Festival. This event was open to the public, but offered a ticketed entrance, allowing unlimited sampling. The music was great, the RAM was packed with fest-goers and it was a lovely event.

In a surprise move, The Jacksonville Zoo and Gardens canceled the 2019 Brew at the Zoo. This event originally was held in October, moved to November because of Hurricane Matthew 2 years ago, now moving to next May. Admittedly, last year's weather was horrible for the event and even my optimistic mood was dampened. They are promising a better experience hence the date change. In the meantime, they opened The Watering Hole on the Zoo grounds offering local craft beer!

The St Augustine Alligator Farm held their second Croctoberfest this year. Their first year was an intimate event, this year they rocked it! The word was MORE! More breweries, More beer, More food, More animal encounters. I particularly loved seeing Andrea Conover at her brewery table, Palatka's Azalea City Brewing. I first met her at Croctoberfest the previous year when she was just starting her brewery journey. We'll have their opening in 2020.

The weather was iffy, but the Florida Brewers Guild Barrel Aged, Sour and Cider Fest gave fest goers some amazing beers as usual. Many folks think they won't like this fest, but the beer styles went from IPA's to Imperial Stouts. There was literally something for everyone. This is a fundraiser for the Guild, who promotes Florida Brewing, a worthy cause!

Openings, we had a lot this year! So happy for the opening of Legacy Ale Works! I have been following Liz and Matt Jacobs' search for a location to open a brewery, before they landed on the shopping center at St Augustine Road and US 1.

Another long awaited opening this year was Lemonstreet Brewing in the Railyard District. After zoning issues and a name change, from Keen Brewing. they finally started serving beers in October. This now sets up a great pub crawl between Engine 15 Brewing Downtown and Tabula Rasa Brewing, even Bold City Brewery is just around the corner!

Speaking of easy brewery crawls, you need to head to Springfield. Strings Sports Brewery opened a block away from Hyperion Brewing on Main Street this year. I have done the walk several times from Main & Six Brewing to Hyperion to Strings Sports Brewery and vice versa. Strings comes from a very successful restaurant family in town and their food game is on point! Of course, so is the beer! Springfield is hopping, literally!

Speaking of, what about Main & Six Brewing? Ranked seventh in the country at the 2019 US Open Beer Championship! Back in 2017, the week Dennis Espinosa opened Main & Six I said they hit the ground running, even pouring beer at Brew at the Zoo. This is what I meant! Months before their SECOND Anniversary they win nationwide recognition.

Brunswick Georgia gained its first brewery, Hop Soul Brewery. Located right along I-95 in Glynn county. They have a different set up from other breweries, a self pour beer buffet. The beer is on point and with a kitchen that specializes in pizza, its a win-win!

Marah Brewing has also opened this year, currently not serving their beer, but some really amazing Safe Harbor Seafood and craft beers in 5 Points. There are some big things in the works for their brewing. I'll let you know when it is officially released.

Neptune Beach gained a dog park and beer bar this year with BrewHound Dog Park and Bar. One of my co-workers tells me they ended up there on a Tuesday, not knowing Reve Brewing was closed on Tuesdays. They showed up sans dog, but gave a glowing review about the space, the beer selection and the people.

We also welcomed two new Craft Beer Stores and taprooms in 2019!  9 Zero Pour opened in the craft beer wasteland of Intracoastal West, with unique beers on tap and in bottle. I have gone there just searching for something different and they have always found a winner for me!

Just open over a month, Jax Craft Beer is killing it in Mandarin! Ideally located on San Jose Boulevard in a shopping center full of food options, they have quickly become the place to go.  Especially when the traffic is horrible in the afternoon, you can stop in and let it die down!

Brewz, the growler filling station opened their third location in Riverside. Taking over the former Dahlia's Pour House in the King Street District. Keeping some of the charm of the former location, but updating the space.

At the exact same time Brewz was opening, across King Street, Bearded Buffalo Brewing, which was still trying to get permitting to brew, closed their doors. We've reached out to the owners a few times, but have not received any comment.  Bearded Buffalo was tied to The Phoenix and their Jacksonville Brewing Co.  No word on how that affects those plans.

Mid Summer, homebrewers in the area stumbled across an ad on a Brewer's web site, offering Atlantic Beach Brewing's equipment for sale. At that time, they told First Coast Brews that this was equipment used for Distribution, which they were stopping. Since then, they have altered their business plan to a craft beer bar. They are still serving what's left of their Atlantic Beach Brewing Beer and do plan to resume brewing in the undisclosed future.

2020 looks to be about as busy as 2019, with even more breweries opening in the area. Plus with Southern Swells upping the ante with their Anniversary festival and Aardwolf's EBS Fest, I suspect we have some really good parties coming up in the next year.