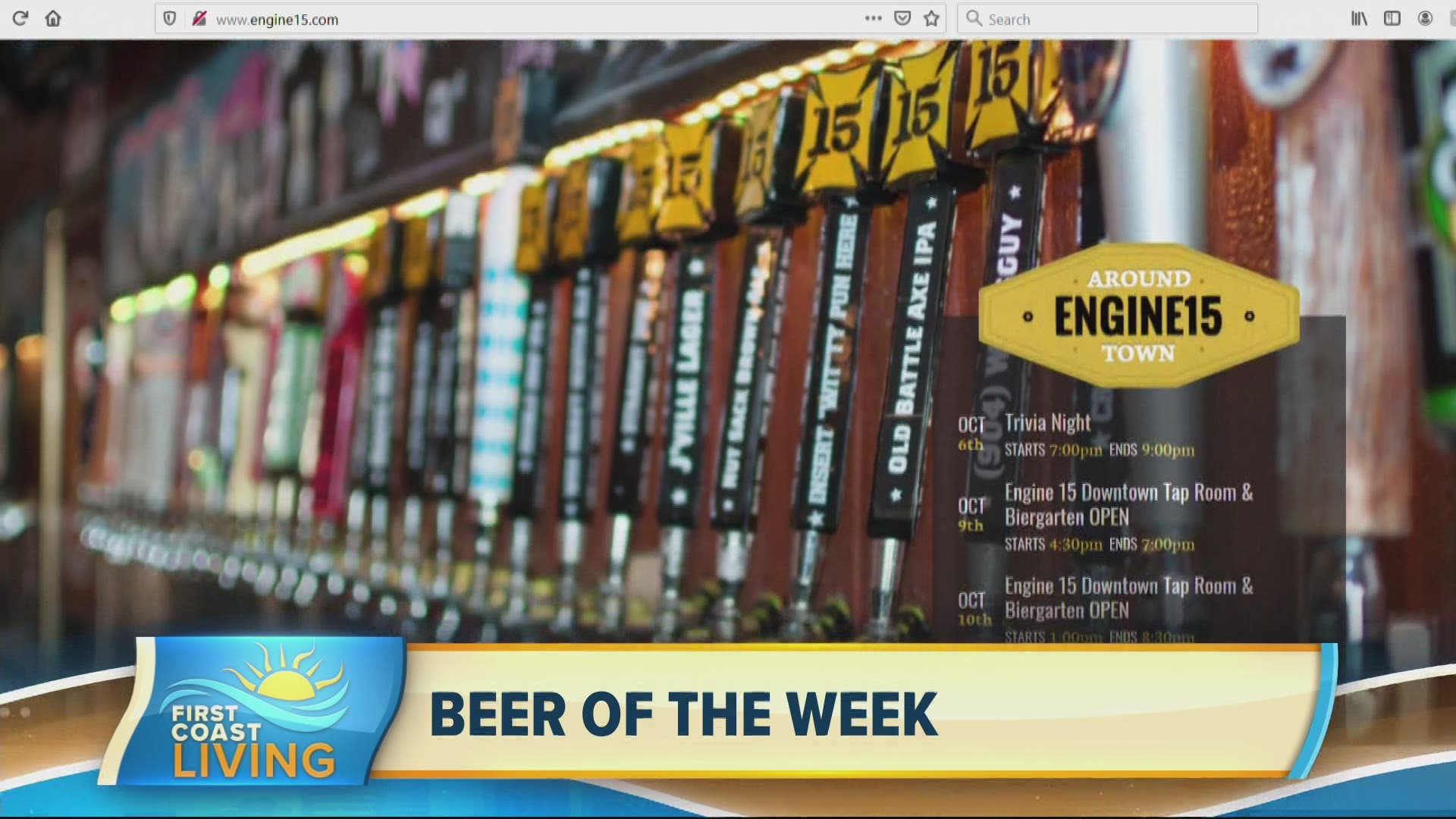 JACKSONVILLE, Fla — Engine 15 Brewing Company closed its downtown brewing facility and taproom back in December and now the brewery is cleaning house.

On Saturday you can help them clear out the building, have a look around and take home a piece of this iconic Jacksonville brewery.

Did we also mention there will be free beer?

Barrels, furniture, appliances, tools, machinery and equipment will be for sale. Engine 15 will also be tapping a keg of Jville Lager for you to sip on FOR FREE while you browse.

Dabble in homebrewing? There will also be home brew and commercial kegs, pallets, commercial kitchen equipment, warehouse fans and much more!

"You'll find something you want and need," said the brewery in a Facebook event.

Stop by the former downtown location from 12 p.m. to 4 p.m. on Saturday. It's located at 633 Myrtle Ave North. Find more details here.

"The decision to close the downtown taproom and brewery was influenced by Covid but the roots of it go back a ways," Luciano Scremin, owner and brewmaster at Engine 15, told First Coast Brews back in December.

"We initially built the facility when the craft brewing scene was in its infancy here in Jacksonville and throughout Florida. We built it to do nearly 10 times the capacity that we are operating at.  As you can imagine that is not a very efficient use."

But there's a positive side to all this. The brewery says the beach location has some exciting new interior plans.

Scremin says the beach brewery will be doing a remodel that will change the layout and result in a bigger and more efficient brewing space. An even bigger bonus? They say they'll be able to accomplish the job with almost no downtime.