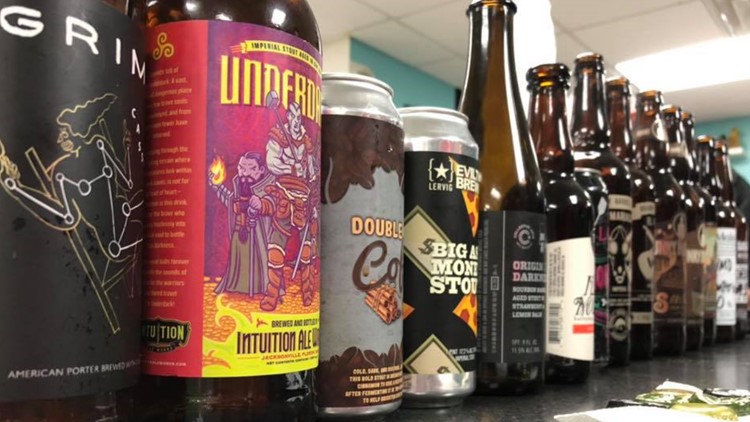 Photo by: Stephanie Danley
The favorite activity in craft beer may actually be illegal in the state of Florida

First Coast Brews: Bottle shares might be illegal in Florida

JACKSONVILLE, Fla — One of the most beloved activities at breweries and bottle shops may actually be illegal in the state of Florida.

Bottle shares, the act of bringing in a beer to share with other patrons, could violate the type of license agreement that breweries have.

First Coast Brews has learned that a Jacksonville brewery, who wishes to remain anonymous, received a visit from The Division of Alcoholic Beverages and Tobacco (ABT) this week as a result of a report made of unauthorized beer sales in their taproom.

This was in reference to a private bottle share that the brewery hosted several months prior. The owners explained to the inspector that they had nothing to do with the acquisition of the beer and simply provided a meeting place.

The owners tell First Coast Brews that the inspector said people are not allowed to bring in outside beverages to consume and share, adding that the gatherings infringe on the type of license that breweries have.

ABT told the brewery that the bottle shares would only be allowed under a Bottle Club license, not a traditional SRX or 2COP that most breweries in our area have.

According to ABT, breweries are only allowed to host bottle shares for products they manufacture. The rule applies to retail bottle shops as well as they can only host for products that are purchased there for sharing. No outside beers are allowed.

First Coast Brews has reached out to the ABT Inspector, Department of Business and Professional Regulation as well as the Florida Brewers Guild on this issue.

We will continue to update this story.

Remember to keep up with all the latest beer events by checking out our monthly calendar. Plus follow First Coast Brews on Facebook, Twitter, and Instagram to stay up to date on all the latest events and beer news.