It started with a post on Instagram asking for women's experiences in the beer industry. Hundreds of responses poured in including serious allegations. 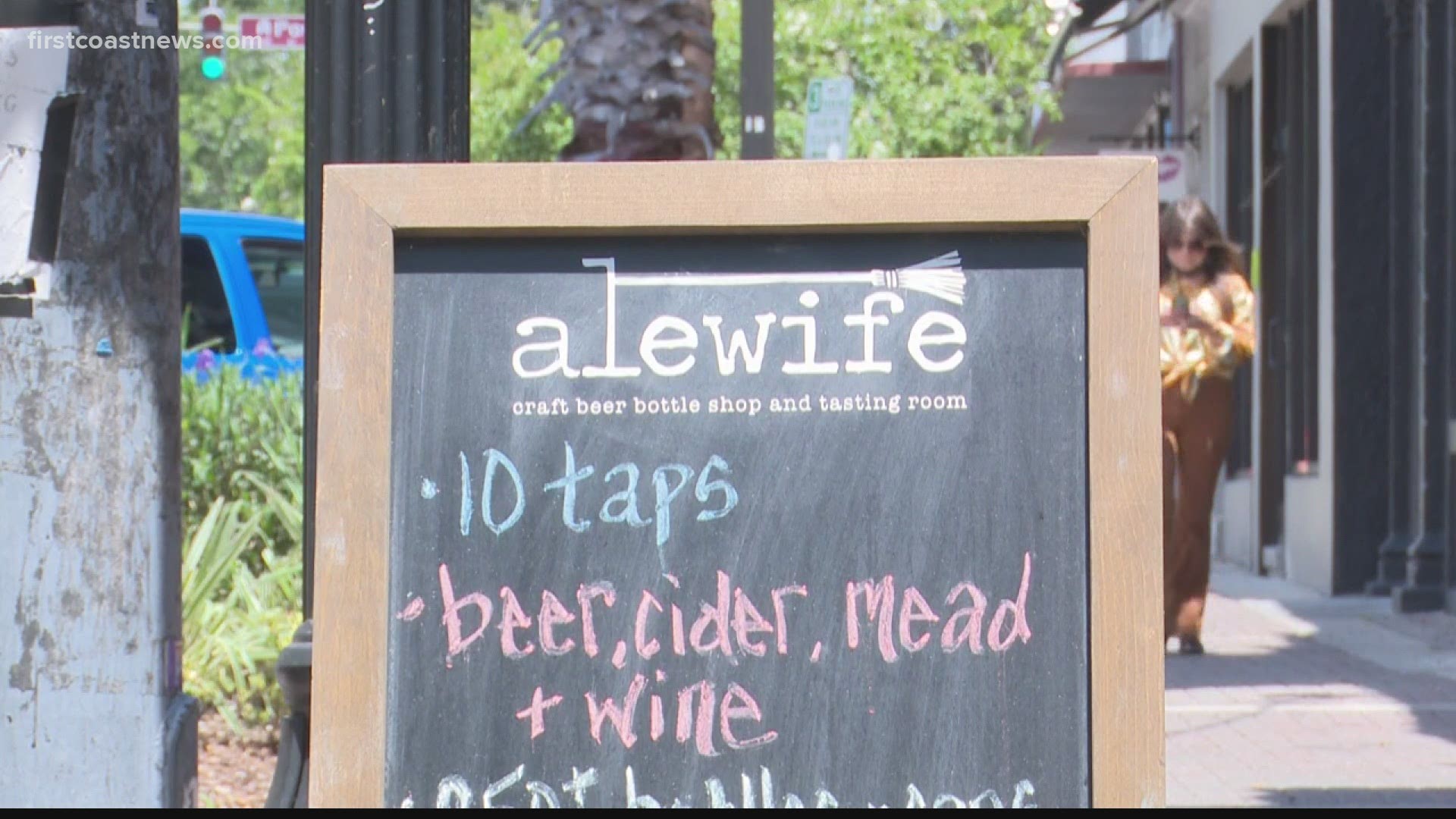 JACKSONVILLE, Fla — It's not uncommon for businesses to cut off ties with other businesses when their views don’t align.

Alewife Bottleshop and Tasting Room in Jacksonville is pulling some beers off their shelves after allegations of sexual harassment and misconduct on other breweries around the country.

The owner Kelly Pickard says it’s the least she could do to not support businesses with dozens of sexual harassment allegations against them. It all started when another woman in the industry posted on Instagram asking to hear people’s stories.

Brienne Allan, a production manager at a brewery in Massachusetts, asked people online if they’d experienced sexism in the industry. Hundreds of responses poured in. Stories of harassment and discrimination from breweries across the country. So many that a spreadsheet was created to keep track.

“It’s our responsibility that the products on our shelves are matching the own culture we are trying to put out there and create in our own space,' Pickard said.

She wants her business to have a culture of equality and inclusivity. Pickard says as a female in the industry, it’s her responsibility to make sure her brews align with their views.

On #GMJ: There’s a huge Me Too moment happening in the brewing industry right now. Locally, Alewife Bottleshop and Tasting Room is taking beers off their shelves because of allegations of sexual harassment against those breweries. @FirstCoastBrews pic.twitter.com/7uFv5D4dm1

“I don’t think that it’s an issue that is limited to the beer industry," Pickard explains. "But I think any time that you have a male-dominated industry, in a lot of parts as women, you will encounter some level of harassment."

By tossing beers from companies that have allegations, she hopes females in the industry and especially her own employees feel heard and know there is a space for them.

"I think we all knew that this was an issue but to see it all laid out there, it was undeniable this time," she said.

She says she makes sure during her training that employees know how to recognize and report signs of sexual harassment and other uncomfortable situations to ensure her place is a safe one.

Other breweries across the country are also responding to the allegations. Good Beer Hunting reports that a CEO and employee of one brewery facing allegations have stepped down or terminated from their positions. You can read more here.