"He's made us better people" | Couple adopts teen via Zoom

An estimated 23,000 foster children age out of the system each year. 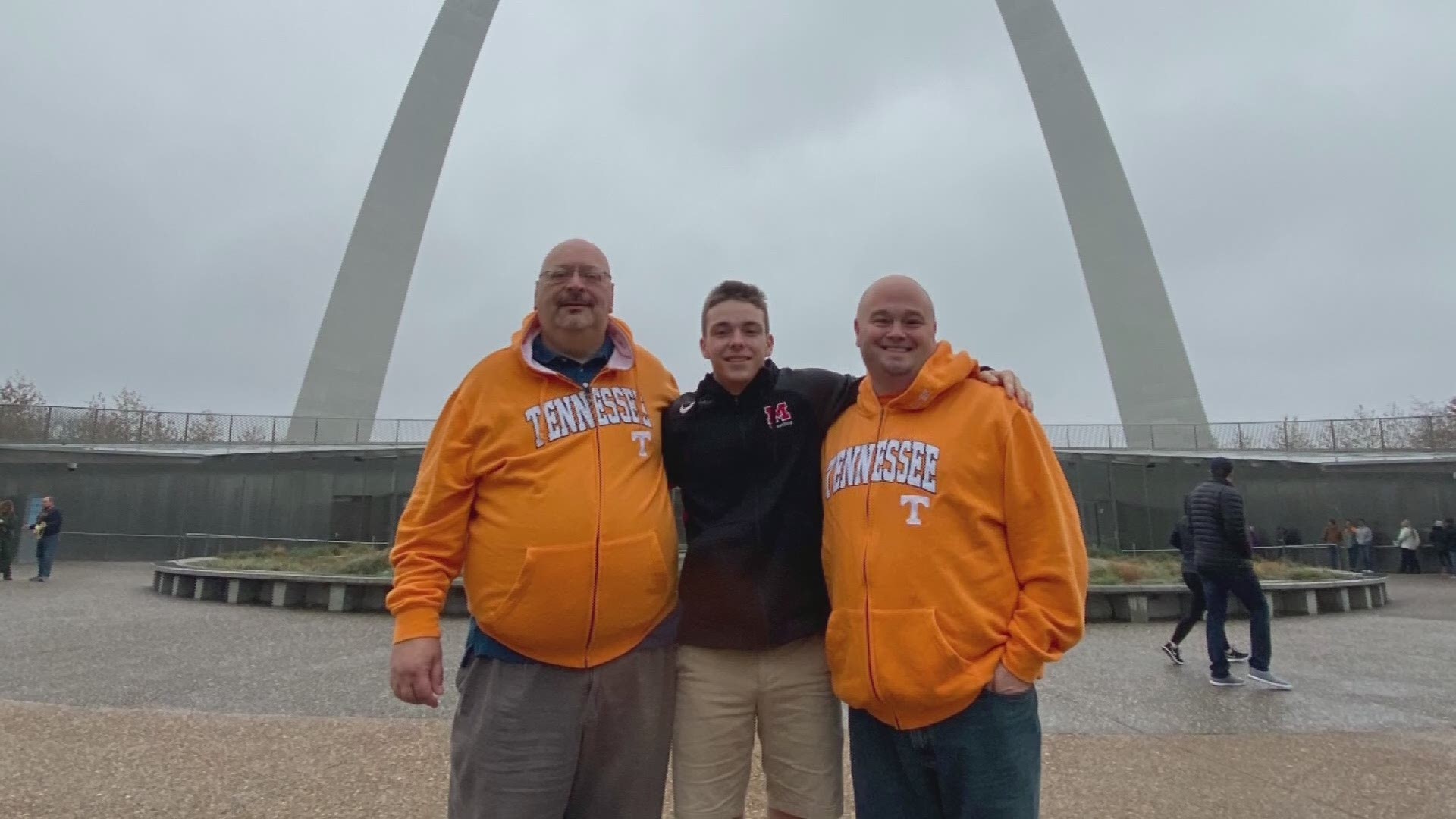 "It was really surreal," Chad said.

By that time he had spent five-and-a-half years in nine different foster homes. That was about to change.

"I think we've probably learned more from him than he's learned from us," Chad said.

For the next six months, Michael, Chad and Paul would embark on a new journey and together, they would make new memories.

"We love going to football games; we took him to his first game," Chad said. "We love fishing."

That all changed one day while they were on the water.As they were fishing, they learned some troubling news.

"Our house burned while we were fishing over a month ago," Chad said

They said that it was painful, but that the experience wouldn't break them. They said they would stick together, and if anything — the news brought them closer together and made them stronger.

"We could experience a catastrophe and still be together as a family," Paul said.

Now, a little over a month after surviving one of their worst days, they finally got to celebrate one of their best.

On May 1 Michael officially became their son via Zoom, the teleconferencing platform.

"I think he finally got to see we were in it with him for the long run," Chad said.

As for 17-year-old Michael, his parents said he's happier than ever before.

His happiness helped inspire Chad and Paul to call people to action, and to make a difference in teens' lives. Kids in the foster care system aren't always adopted, and 23,000 age out of the system every year.

"Regardless of the kid's age, they want love. They want family," Chad said. "They want normalcy."

It is something the Beanblossoms would like to see change. They said they want to see the number of teens who age out of the foster care system to drop, and they want others to help them bring it down.

"They need that support, they need someone to give them a future and a family," both Paul and Chat said.

Here's a list of a few foster care resources in East Tennessee people can reach out to if they want to help:

RELATED: ‘We’ve been dreaming of this day for a long time’: Family finalizes adoption via Zoom

RELATED: You Are Not Alone: Foster care